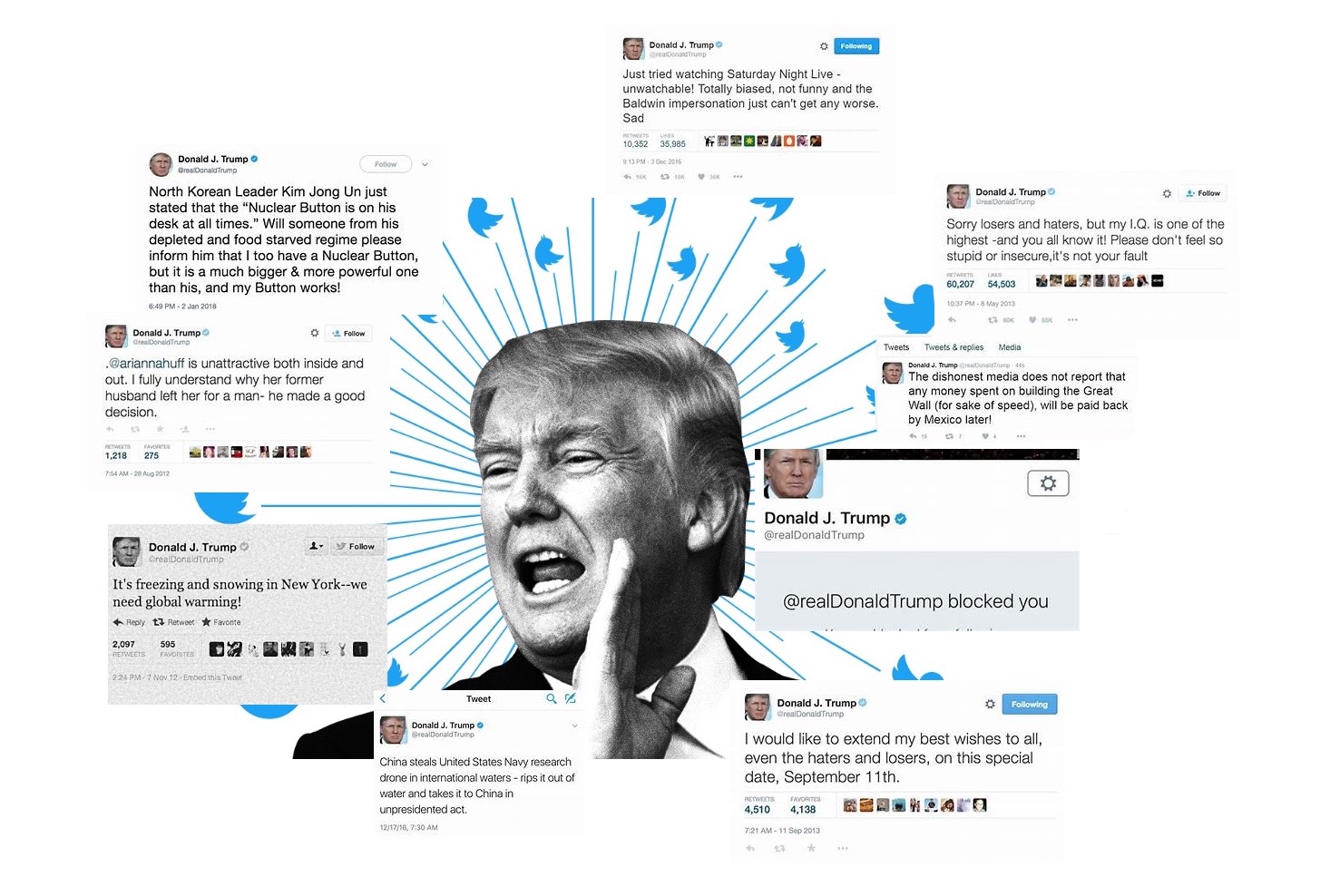 What if we treated social-media accounts like a public trust, an enduring and official record of what we’re thinking, doing and planning?

It’s an essential question at the heart of a lawsuit now in federal appeals court, challenging whether Donald Trump should be able to block people from his Twitter feed. Trump has turned his feed, with nearly 60 million followers, into the less-filtered but more or less functional equivalent of White House news releases.

The legal question is whether Trump should be able to block whomever he wants from that feed. Given its many substantive posts from the world’s most powerful person (not to mention the sometimes harrowing insights those posts provide into that person’s psyche), does allowing him to block critics violate Constitutional guarantees of access to government and its decision-makers?

Blocking the blocking would mark a big change for Twitter, which has allowed users to zap stalkers, harassers, and others who violate its policies on abusive speech and images.

But @RealDonaldTrump already operates under special rules, including routinely ignoring the company’s policies on abusive language. Trump’s account probably would have been suspended long ago were it anyone else’s.

It’s worth noting that at the same time the Trump case came before  federal appeals judges, a Twitter executive said the company is considering tagging his transgressing posts with a note detailing how each post violates community policies.

“When we leave that content on the platform, there’s no context around that, and it just lives on Twitter and people can see it, and they just assume that is the type of content or behavior that’s allowed by our rules,” said Vijaya Gadde, Twitter’s head of legal, policy, and trust and safety, at a Washington Post tech conference.

All this comes amid the all-but-complete disappearance from Twitter of the president’s favorite news/wacky commentary network.

Fox News isn’t completely gone from Twitter, of course. It has the world’s most expensive social-media assistant in Donald Trump, who keeps posting Fox News video clips so the network doesn’t have to. Efficient, and four times the reach of the Fox News account. This would seem to be the ultimate expression of the gig economy.

Speculation has been that Fox News is boycotting Twitter because of its slow response when people boycotting Fox’s routinely offensive Tucker Carlson posted Carlson’s home address. That’s public information, but also a violation of Twitter rules. Worse, protesters showed up at Carlson’s home and knocked on his door, scaring his wife.

Both the suit and Twitter’s plans are part of the company’s struggles to both encourage wide-ranging conversation, and to inhibit our regrettable tendency toward vitriol and trolling.

And of course, it’s not just Twitter facing these struggles. It’s been a complicated time for social-media companies as a whole.

The World v. Every Social Media Site and Application

After New Zealand‘s mosque mass murders, where Facebook was criticized for being slow to shut down a 17-minute live stream of the killings, Australian legislators just passed legislation imposing fines and jail time for executives who don’t remove violent site content quickly enough.

The United Kingdom, already addled over a Brexit process that started with Russian social-media interference in the original referendum, is considering imposing big fines on sites that don’t remove harmful content.

In India, Facebook subsidiary WhatsApp is causing the problems. Its 300 million users there have found the app particularly cheap and effective at spreading fake news just ahead of national elections. And In the Ukraine, Trump’s good pals in Russia are suspected of once again monkeying with someone else’s elections.

Reaction to all that is energizing a patchwork of legislation from many countries that will make running world-girdling social-media sites a real headache. Even Mark Zuckerberg, that champion of unfettered Interwebz, has called for more regulation, but only the right kind. His op-ed on Jeff Bezos‘ Washington Post pitched a “globally harmonized framework” of operating rules, and now he appears to be undertaking a broader media blitz

Well, I’m all for global harmony, however unlikely we are to attain it.

But back to my original question. What if we treated our social-media posts, and not just those of Our Only President and The Greatest Ever Social-Media Assistant, as a public trust to be preserved for all time?

Such concerns obviously haven’t impinged on Trump’s consciousness as he steps all over Twitter rules, social proprieties and the like. But then again, the president does not appear to be the most introspective of humans.

In the absence of his moral leadership, maybe the rest of us could at least try to own all of our online words, be a little more conscious of what we’re posting and what it might do to others, while being a little more forgiving of others. I can dream. In the meantime, I’m still glad I can block someone if they get too nasty.