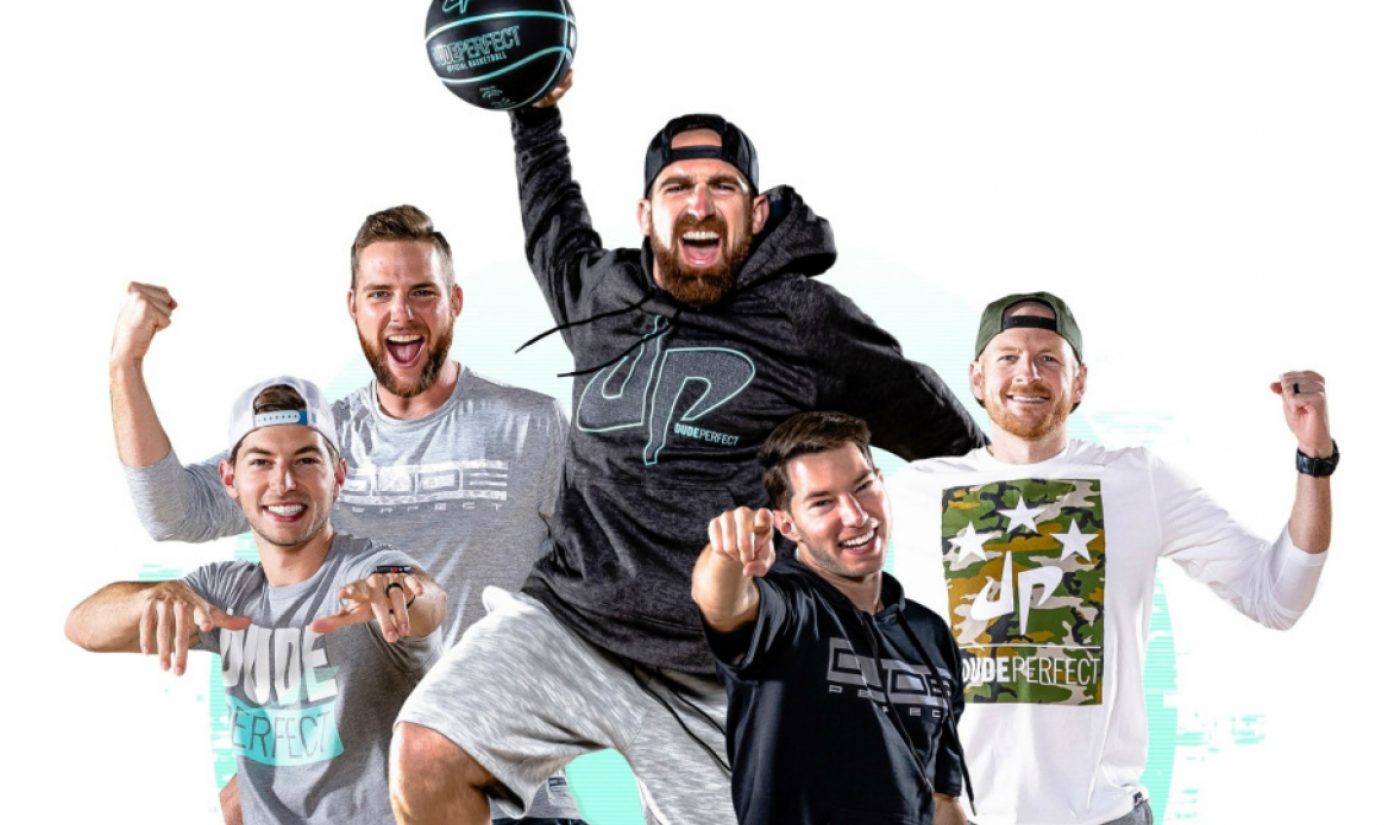 YouTube trick shot supergroup Dude Perfect (40.9 million subscribers and 250-300 million views per month) has unveiled details about its very first live tour. Called the Pound It Noggin Tour — after their signature video sign-off “Pound it! Noggin!” — it’ll be a 20-city circuit with a 90-minute live show in each city.

Fans who attend can expect to see live performances of Dude Perfect’s fare, including trick shots, stunts, and an onstage version of their recently-launched talk show Overtime, Variety reports. Pound It Noggin shows will also involve a live version of the group’s wildly popular multisport battles, where its five members — Tyler Toney, Cody Jones, Garrett Hilbert, and twins Coby and Cory Cotton — compete against one another for athletic domination.

The tour, which Dude Perfect first announced back in January, will have its first stop in San Diego July 11. You can see the full list of tour dates and cities below.

Tickets will be sold through Ticketmaster’s Verified Fan platform, which requires people to register and be verified in order to buy tickets (an effort to stop scalpers from mass-purchasing tickets and reselling them to actual fans at steep price hikes).

See below for a complete list of the Pound It Noggin dates: