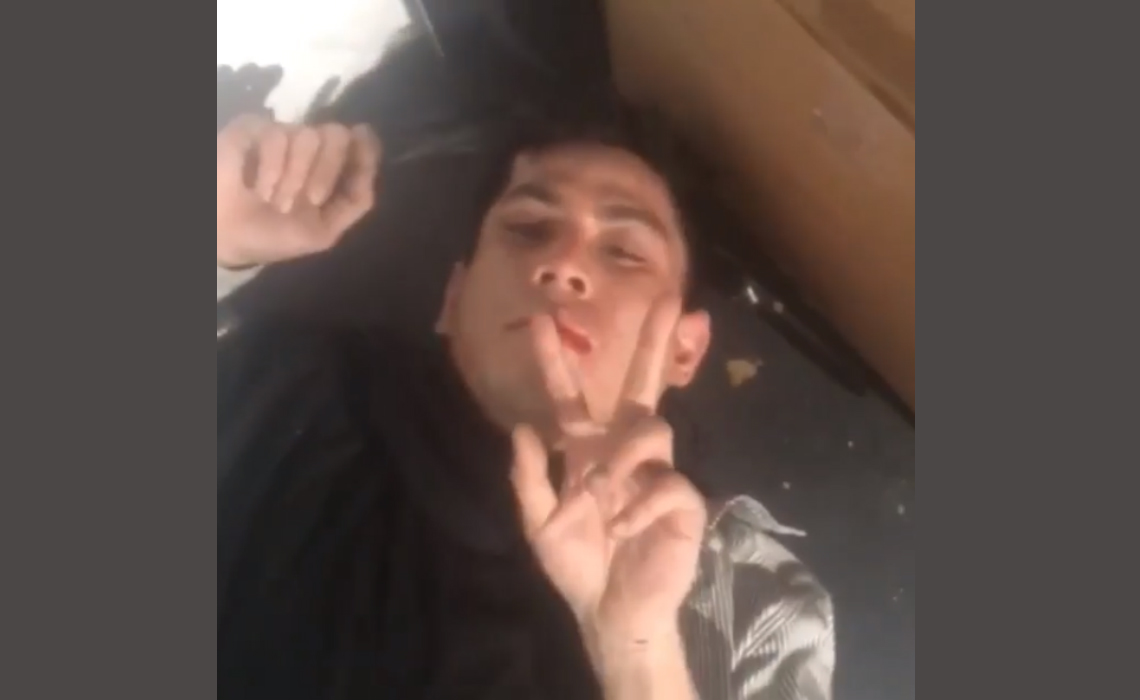 YouTuber Adam22 Held At Gunpoint While Livestreaming, Suspect In Custody

A man is in custody after attempting to rob YouTuber Adam22 at gunpoint while he was livestreaming.

The incident happened Sunday, as Adam22 — real name Adam Grandmaison — was streaming the latest episode of his popular pop culture and hip-hop podcast No Jumper (which has 2.7 million YouTube subscribers) in the back room of his Los Angeles BMX streetwear shop ONSOMESHIT.

Video of the incident, which Grandmaison posted on his Instagram, shows Grandmaison and another man sitting at a table and talking when the suspect rushes in from off camera and points a gun at Grandmaison’s head, telling him to “Give me all your f-cking money.”

Grandmaison laughs nervously and puts his arms up over his head. The robber grabs his arms and they grapple before Grandmaison is pulled from his chair. Sounds of a struggle can be heard, and then someone lays into the robber verbally, telling him, “Don’t you f-cking pull up on us with a gun, you little b-tch. What the f-ck is wrong with you?”

Grandmaison told TMZ that what the livestream footage doesn’t show is a member of his team pulling a gun on the suspect and managing to subdue him.

A media spokesperson for the Los Angeles Police Department confirmed to Tubefilter that a man named David Tran was arrested at ONSOMESHIT Sunday evening and subsequently booked into the Men’s Central Jail on charges of attempted robbery. The spokesperson also said a movie prop gun, presumably used by Tran, was recovered at the scene.

Someone who appears to be an acquaintance of Grandmaison’s, Tony Truong, posted a second clip, in which Tran, flat on his back on the ground, offers a peace sign to the camera. The person holding the camera then kicks him in the side and tells him, “Don’t f-cking do sh-t like that.”

Grandmaison told TMZ he’s glad the member of his crew who pulled the gun didn’t kill Tran. “That’s the thing I’m thankful [about], this guy didn’t get killed,” he said. “ ’Cause it was really, really close to happening.”

He also said the incident was “not a skit or a joke.”

You can see Grandmaison’s footage of the attempted robbery in his Instagram post, embedded below. In the 16 hours since he posted it, the video has been viewed more than one million times.

They tried to kill me lmao