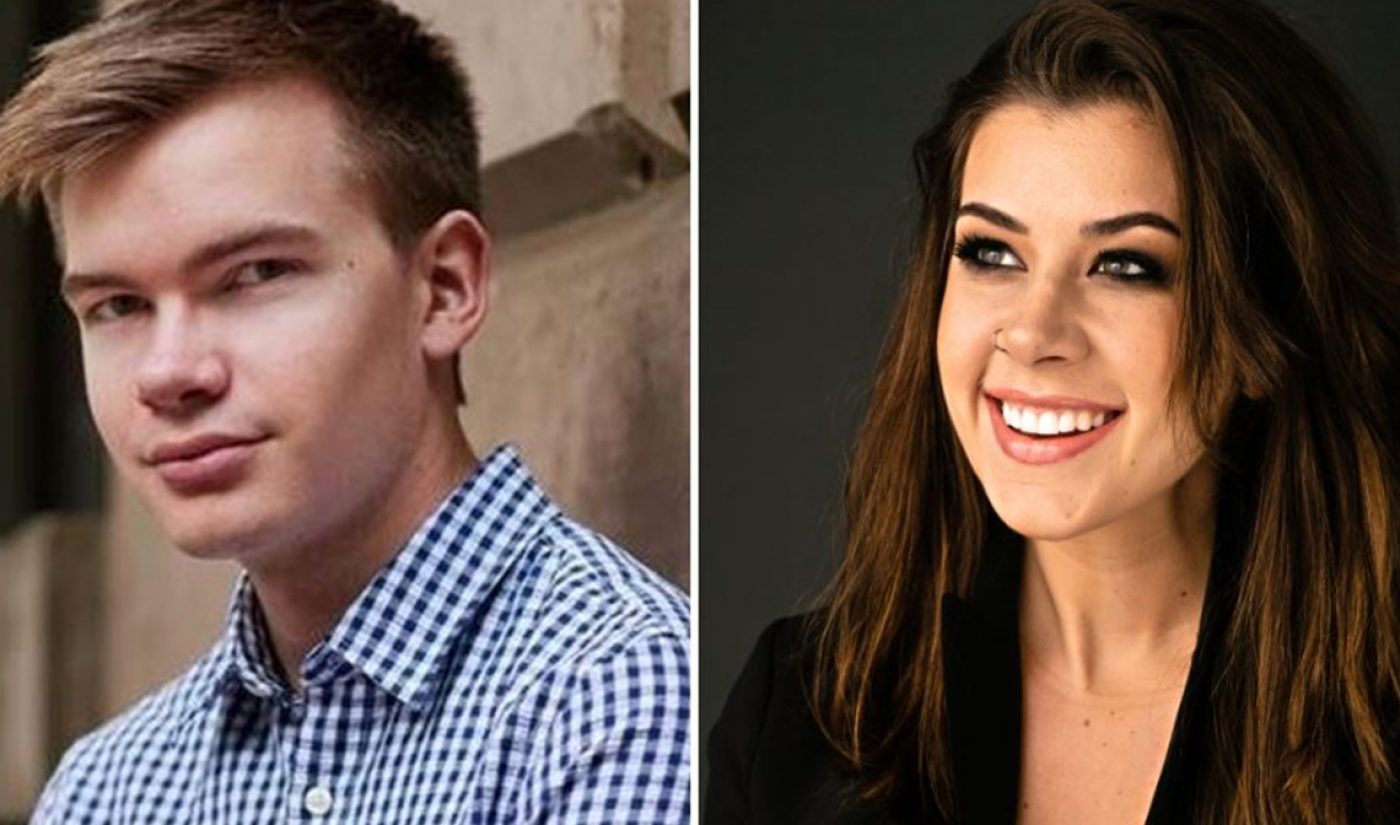 CAA will work with Mosimann and Eastman in every aspect of their careers, including TV, film, touring, digital distribution and partnerships, endorsements, personal appearances, and publishing.

Mosimann is a content creator and game designer who is innovating new formats that prize interactivity and narrative, CAA says. Some of the titles he launched while studying Interactive Media and Game Development at USC include I.C.U. and Close Your. Criken also harnesses his expertise to consult with top studios, publishers, and investors in the gaming space. He also just received an investment from seed stage capital company Betaworks to launch an interactive ghost-hunting show on Twitch called Ghost Commander.

Eastman, for her part, plays a slew of different games on her Twitch channel — where she has become beloved for her signature sense of humor and cartoon-like facial expressions. She is also a voice actor that has appeared in League Of Legends, Crypt Of The NecroDance, and Battle Chef Brigade. Furthermore, Eastman was one of the inaugural streamers to participate in Twitch’s Ambassador program during TwitchCon, whereby 15 streamers were tapped by the platform to participate in panels, stage content, meet-and-greets, and more.

Criken has 1.3 million followers on YouTube and Twitch, while Eastman counts 264,000 followers across same.

Other gaming stars within the CAA roster include Day[9], Dr. Disrespect, itmeJP, Nick Eh 30, and StoneMountain64.