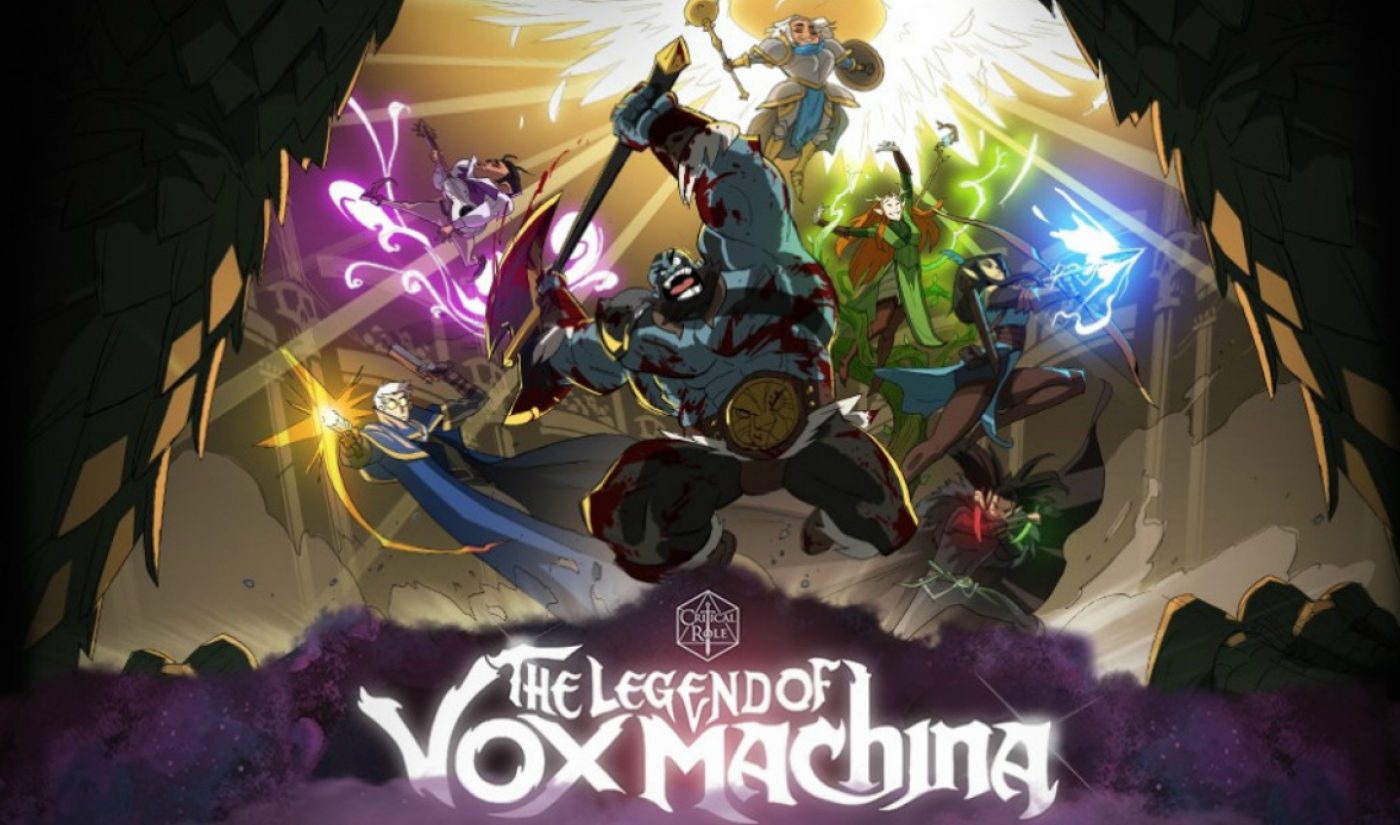 The folks behind longrunning Dungeons & Dragons web series Critical Role are raising funds on Kickstarter to turn the series’ hit first campaign into an animated special.

The Vox Machina campaign spanned 115 episodes and 373 hours of gameplay, and ended in November 2017. Nowadays, Mercer and the gang (which split from Geek & Sundry last month to self-produce — maybe because Geek & Sundry was prepping to end its streaming service Alpha) livestream episodes of a new campaign on YouTube and Twitch each week.

But with Kickstarter, they’re revisiting the fan-favorite Vox Machina characters. The fully-funded Kickstarter will support the creation of The Legend of Vox Machina, a 22-minute adult animated special. It’s a prequel to the original Vox Machina campaign, and all the original voice actors will return to give their characters life. (The special is also meant to be proof of concept for a potential full-fledged animated series following the heroes.)

The Legend of Vox Machina will be written by Jennifer Muro (Star Wars: Forces of Destiny, Spider-Man, Justice League: Action), and produced by top animation studio Titmouse, which has made shows for Netflix, Disney, Cartoon Network, and Amazon.

The Legend of Vox Machina is due to premiere in fall 2020.