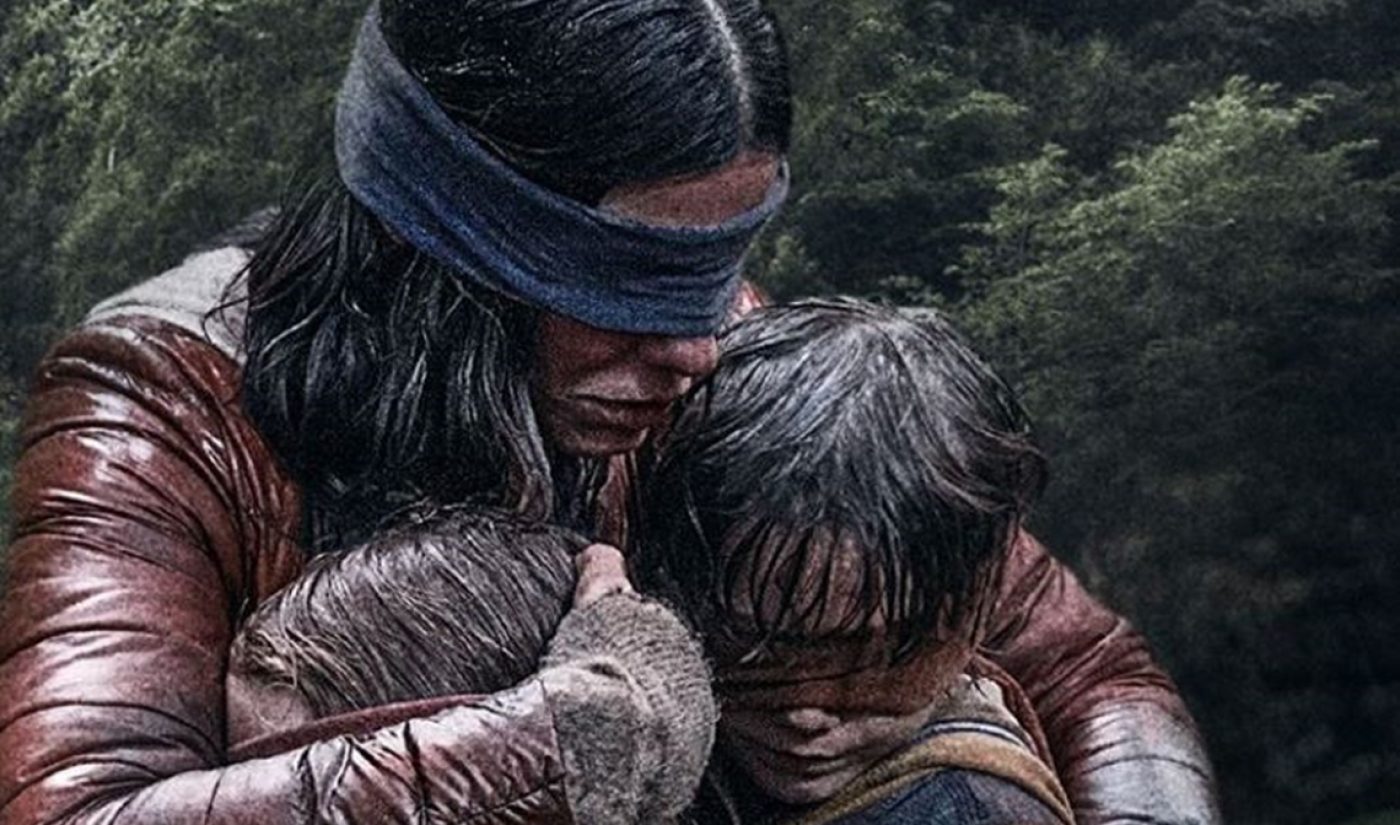 Tide pods are to YouTube as blindfolds are to Netflix.

The subscription giant has cautioned viewers against engaging in the ‘Bird Box’ challenge — a social media meme inspired by its wildly popular Sandra Bullock thriller, which achieved record viewership with a reported 45 million accounts consuming the film upon its first week of release. In Bird Box, characters must wear blind folds in their daily lives so as not to be exposed to an evil force that compels victims to commit suicide.

In the ensuing social media challenge, thousands of participants have been attempting to stumble around their houses or outside while donning blindfolds, The Guardian reports. The craze has even made its way to YouTube, where creator Morgan Adams attempted the ‘Bird Box‘ challenge for 24 hours in a video that has now accrued upwards of 2 million views.

“Please do not hurt yourselves with this Bird Box challenge,” Netflix tweeted yesterday from its corporate account. “We don’t know how this started, and we appreciate the love, but…[do] not end up in the hospital due to memes.” While Netflix’s tweet reads more like a warning than a denouncement, the situation smacks of a similar meme last year in which people were eating Tide laundry pods, which resulted in several deaths. At the time, YouTube firmly denounced the trend and removed any offending videos.

You can check out Netflix’s statement on the matter below:

Can’t believe I have to say this, but: PLEASE DO NOT HURT YOURSELVES WITH THIS BIRD BOX CHALLENGE. We don’t know how this started, and we appreciate the love, but Boy and Girl have just one wish for 2019 and it is that you not end up in the hospital due to memes.