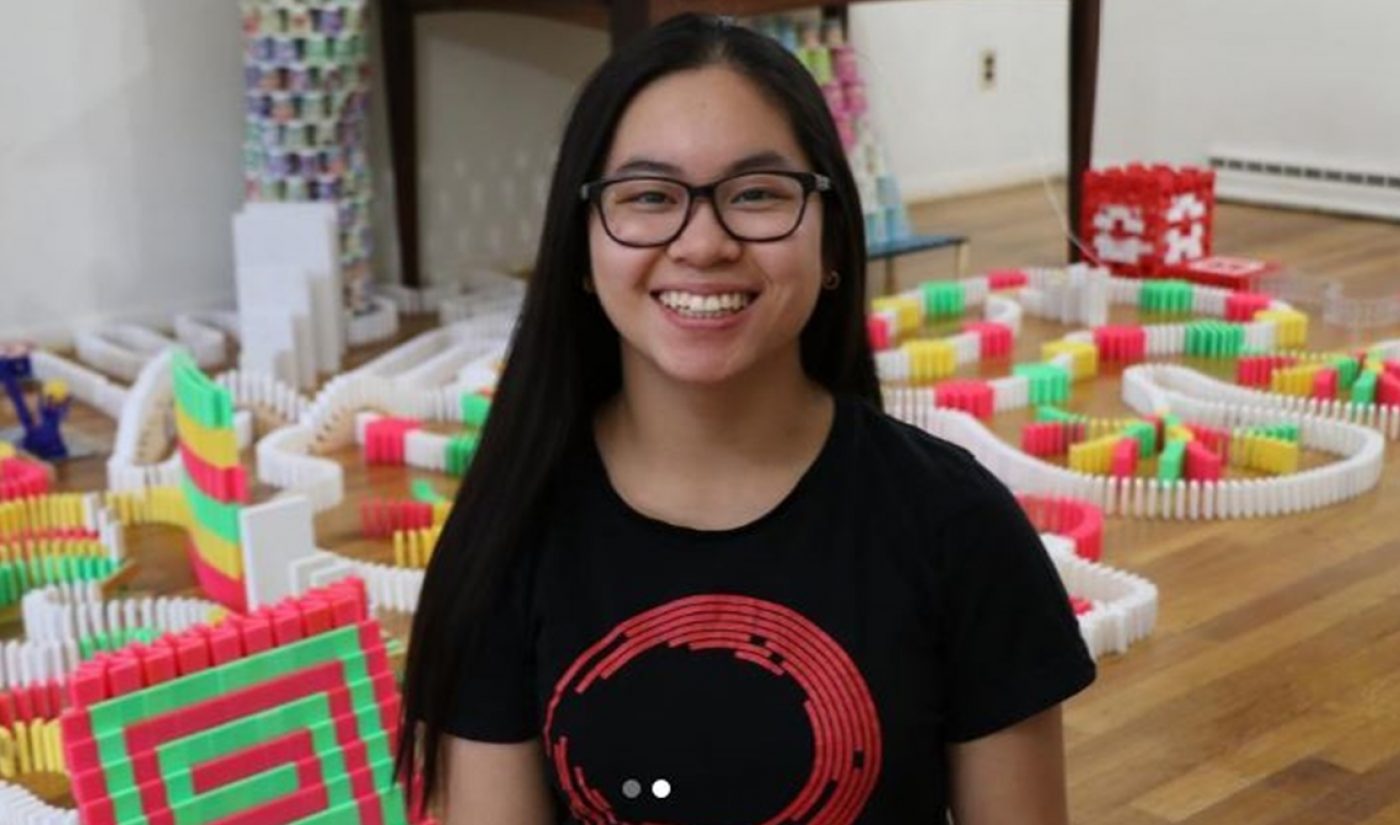 YouTube has apologized to a 20-year-old creator named Lily Hevesh — who has amassed 2.1 million subscribers thanks to her intricate ‘domino art’ videos — for co-opting her work on its corporate Twitter account without credit.

On Dec. 26, YouTube shared a clip from Hevesh’s most recent holiday video — in which she organizes thousands of dominos in ambitious holiday scenes and then sends them into satisfying collapse. However, YouTube didn’t credit Hevesh or mention or her channel on its holiday Twitter greeting, The Verge reports. The omission became all the more striking as Hevesh’s video, A Merry Domino Christmas, has gone on to clock a respectable 80,000 views, while YouTube’s edited segment has been viewed more than 680,000 times.

On Twitter, Hevesh noted that her videos are frequently re-appropriated without credit for YouTube compilations. “People rip off my work everyday and it’s honestly saddening to see this happen by YouTube itself,” she said, taking a dig at the company’s hypocrisy in this instance. “YouTube created Content ID to protect creators from thieves freebooting their videos, yet here they are re-uploading people’s work for promotional purposes without any credit.”

The Verge notes that because YouTube owns a limited license for all uploads on the platform, it can legally re-share Hevesh’s content on Twitter without credit — though the optics associated with the decision were predictably dooming.

Ultimately, YouTube issued Hevesh a public apology, as well as promoted her channel among its 71 million Twitter followers (see below) — which Hevesh ultimately cheered in appreciation. “YouTube came thru,” she wrote. “Hallelujah!”

Our mistake–we forgot to credit @Hevesh5 for this video! Check out more of @Hevesh5‘s epic domino art here: https://t.co/O7it1xtd5l https://t.co/lzZwu3a692