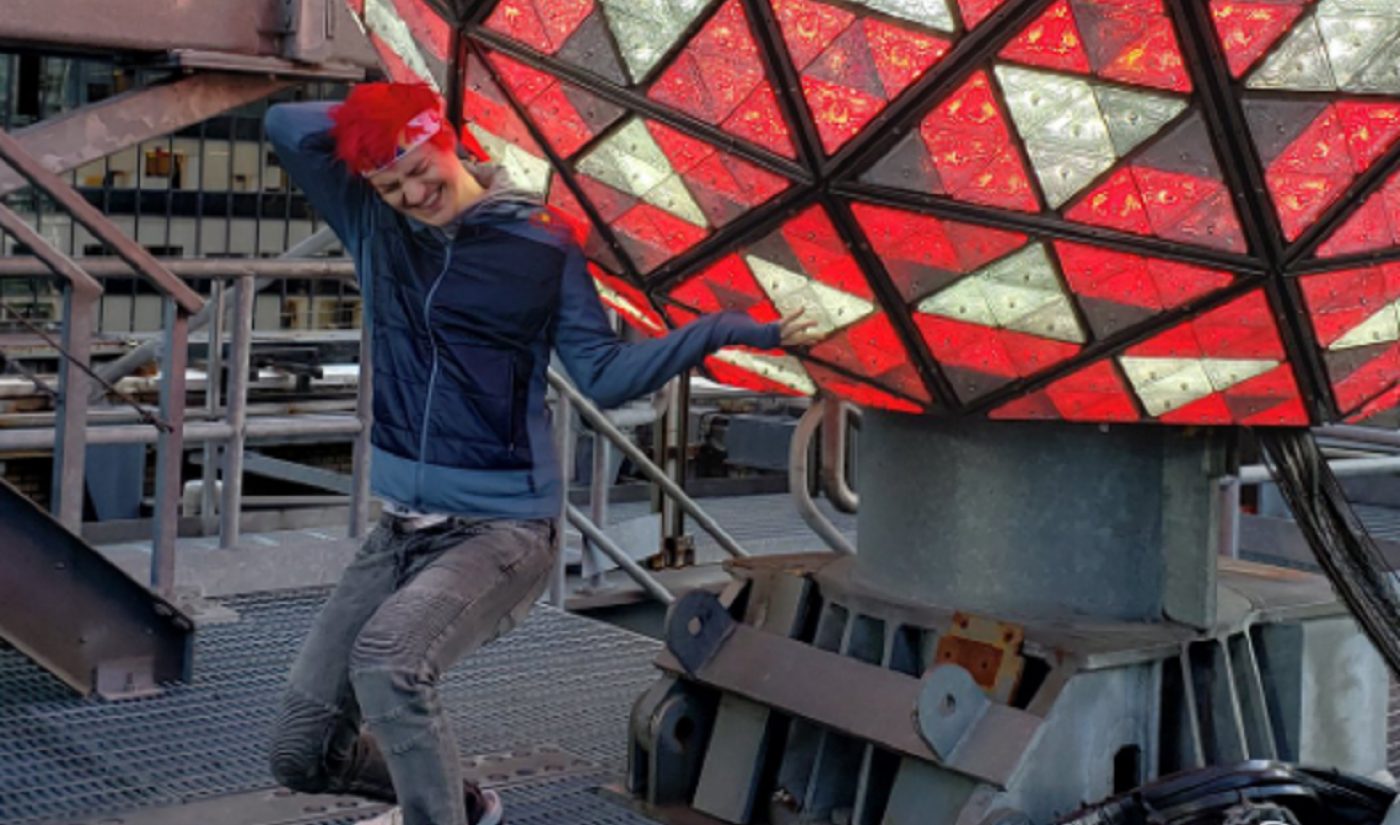 Ninja is capping off his busy year with an overnight New Year’s Eve stream. He’ll be playing Fortnite — the massively popular battle royale game that’s netted him a following of nearly 13 million people on Twitch — live in Times Square starting at 4 p.m. EST on Dec. 31 and running through 4 a.m. EST New Year’s Day.

The top streamer (real name Tyler Blevins) announced the marathon stream at TwitchCon back in October, but has just recently begun tweeting about preparations for the event — for which he’s partnering with longtime sponsor Red Bull — saying it’s “gunna be historic.”

He’ll have his full gaming rig set up in Times Square, and said he has a number of surprises planned, including special guests who will join him for a few Fortnite rounds, per Variety. Names of guests haven’t yet been announced, but it’s worth noting Blevins’ previous streaming partners include rapper Drake and Ellen DeGeneres.

“When I started in gaming, I never thought that something like this would be possible,” Blevins said. “New Year’s Eve has always been fun for gamers because it’s a night where you have a widely accepted excuse to stay up and game, but there’s never been an event in the mainstream that’s actually built around that tradition.”

Blevins, who’s a former pro Halo player, has been a major figure in making gaming more mainstream. As well as streaming with the aforementioned celebs, he streamed earlier this year from music festival Lollapalooza, playing with musical guests like the band All Time Low. And, in September, he took a significant step for esports, becoming the first gamer to cover ESPN Magazine.

As for other achievements this year, Blevins was named top gaming creator at the 2018 Streamy Awards (produced by Tubefilter in partnership with Dick Clark), cut the recently-announced collaboration album Ninjawerks in partnership with EDM label Astralwerks, won the Fortnite Celebrity Pro-Am tournament, and became the first Twitch streamer to hit 10 million followers. He also streamed a whopping 3,800+ hours this year — the equivalent of more than 95 40-hour workweeks.

You can tune in to his New Year’s Eve stream on his Twitch channel.