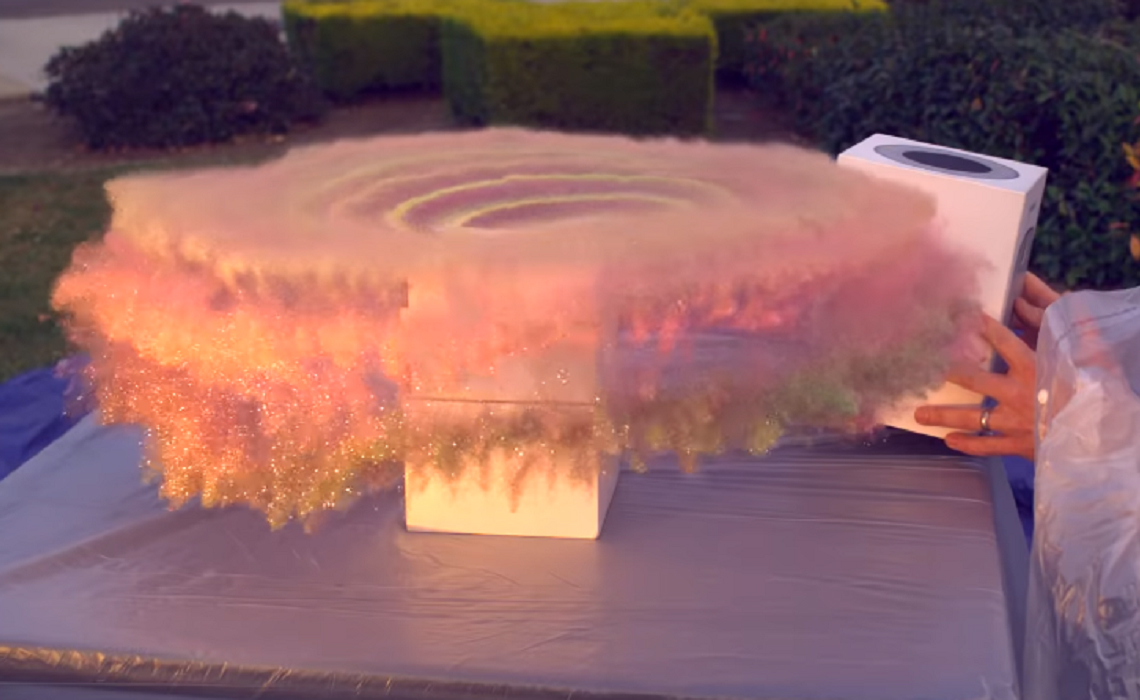 NASA engineer turned top science YouTuber Mark Rober has issued an apology after parts of his viral “glitter bomb” video, in which he wrapped up glitter-flinging devices to surprise package thieves, turned out to be fake. However, to be clear, the faked footage did not come from Rober.

Here’s what happened: After Rober’s home security cameras caught footage of thieves stealing a package off his porch and the police were unhelpful, he decided to get revenge by whipping up a machine that would be concealed inside an Apple HomePod box. When thieves opened the box, instead of a luxe Apple device, they were greeted by a whirling dervish of glitter.

Rober also rigged the boxes with recording devices to capture the thieves’ reactions to being bombed. He sewed those reactions into his Dec. 17 video, which promptly went viral. (At posting time, it’s netted more than 42 million views.) But the reactions didn’t just come from the real thieves who snatched the glitter bomb off his porch. He also planted one on another person’s porch and included the taped reactions of the “thieves” who stole that one as well — and that’s where the faked footage comes in.

He added that after posting the video, he learned that the two people who supposedly stole and opened the package from that porch were actually in cahoots with Rober’s acquaintance.

Rober has since reuploaded an edited version of the video to cut out the faked reactions.

I posted this as a comment response to my recent viral tweet/video but I’m posting it as a new tweet as well: pic.twitter.com/g2VHsQWh1z

“I’m really sorry about this,” he wrote. “Ultimately, I am responsible for the content that goes on my channel and I should have done more here.” Rober said reactions from the thieves who took the glitter bomb from his own porch were genuine, but, “Having said that, I know my credibility is sort of shot. […] I should have done more. Full stop.”

You can see Rober’s edited video below.