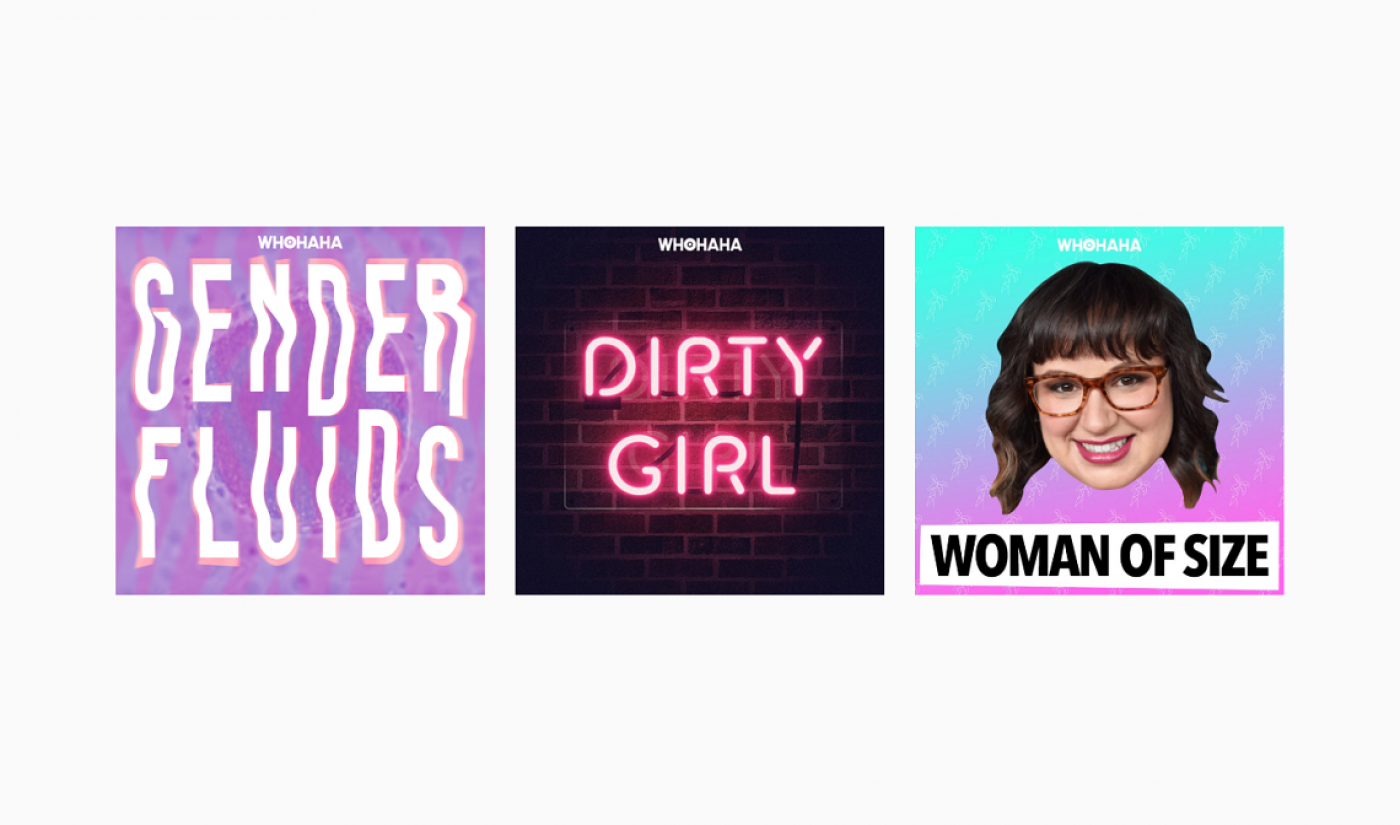 WhoHaha, the digital content studio and creator community founded by comedian, actor, producer, and director Elizabeth Banks in 2016 with a mission to “develop opportunities for comedic female creators and bring ideas to life,” has launched the first podcast network to exclusively feature female and nonbinary creators.

The network is kicking off with a lineup of three diverse podcasts. Dirty Girl, hosted by Heather Ann Gottlieb, invites women on for frank chats about their “disgusting habits, taboo secrets, and unruly pastimes.” Body-positive podcast Woman of Size, hosted by comedian Jana Schmieding, explores body diversity and body politics with a lineup of funny guests tackling serious topics. And finally Gender Fluids, hosted by Arielle Isaac Norman, who is genderfluid, and Austin Smartt, who is a trans woman, takes a candid, darkly funny look at sexuality and gender.

“When we talk about the comedy space especially, we see that representation rates go way, way down for women — particularly women of color — and nonbinary folks,” Ashley McAtee, senior director at WhoHaha, says. “So what we have a focus on is amplifying voices who are doing content in this space, providing them with resources, and really helping them get their content made.”

WhoHaha tells Tubefilter listeners can expect even more content soon, as it’s received more than 100 pitches from more women and nonbinary podcasters who want to see their shows join its slate. (Those interested can apply at the company’s creator hub here.)

Creators who join WhoHaha, whether they’re coming in with up-and-running podcasts or freshly-baked pitches, will have access to production tools provided by the network. And, of course, they’ll have their podcasts distributed through the network’s hub, as well as on popular podcast listening destinations like iTunes and Spotify.

WhoHaha’s also providing common network marketing support, including media spotlights, arrangement of live events, and especially cross-promotion with other podcasters. The initiative is ultimately about “fostering a community within the network so that everyone’s able to grow as the network grows,” WhoHaha CEO Luigi Picarazzi says.

The network’s first three podcasts can be found on WhoHaha’s website: Dirty Girl here, Woman of Size here, and Gender Fluids here. To catch a glimpse of each podcast’s host, check out the network’s trailer below.