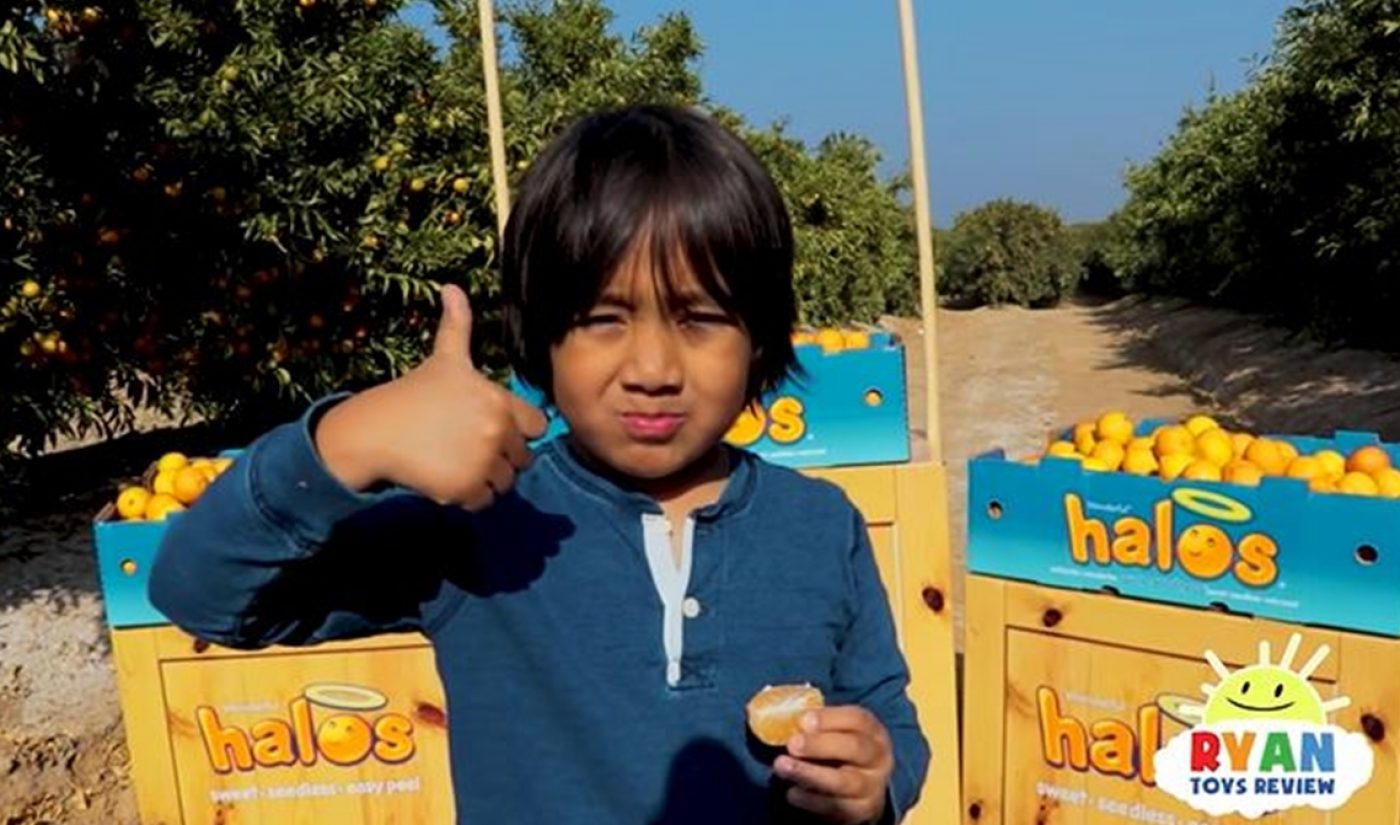 Ryan ToysReview’s reported $22 million empire is poised to grow substantially in 2019 if his latest brand partnership is any indication.

While Forbes reported that the lion’s share of Ryan’s earnings last year came from YouTube AdSense — due to less opportunities for influencer marketing in the kids’ space, and Ryan’s apparent selectiveness when it comes to sponsorships — that could soon change. The seven-year-old toy unboxer has just launched his second video in collaboration with Wonderful Halos, which is billed as a seedless and easy-to-peel mandarin orange brand aimed at children. Ryan — who does not disclose his last name — inked the pact with the guidance of his studio partner, Pocket.watch.

In the sponsored clip, aptly titled Ryan Takes A Trip In An Airplane To The Wonderful Halos Mandarin Orchards In California (below), Ryan and his parents make their maiden voyage to California — in a private plane, naturally — to show his 17 million subscribers (who view his videos 1 billion times per month) where the brand’s famed oranges come from and how they are packaged for sale in stores.

The partnership also calls for a nationwide sweepstakes whereby parents can enter their children to win a play date with Ryan — and also receive regular Wonderful Halos oranges deliveries. Entries can be tendered here through Jan. 31.

“Kids today not only have their finger on the pulse of the hottest toys, but they also have the power to influence good choices,” Adam Cooper, The Wonderful Company’s VP of marketing, said in a statement. “We love that kids like Ryan are genuinely interested in learning where healthy food like Halos comes from. Having that knowledge empowers families to make healthy snacking choices.”

Wonderful Halos first partnered with Pocket.watch — which also reps the likes of kid-friendly channels such as CaptainSparklez, HobbyKidsTV, and EvanTubeHD — in April for two videos on the Ryan’s Family Review and EvanTube RAW channels. Collectively, those clips have garnered more than 6.6 million views to date.

In addition to deals with third-party brands, Ryan also vends his own line of toys and apparel at Walmart stores nationwide.