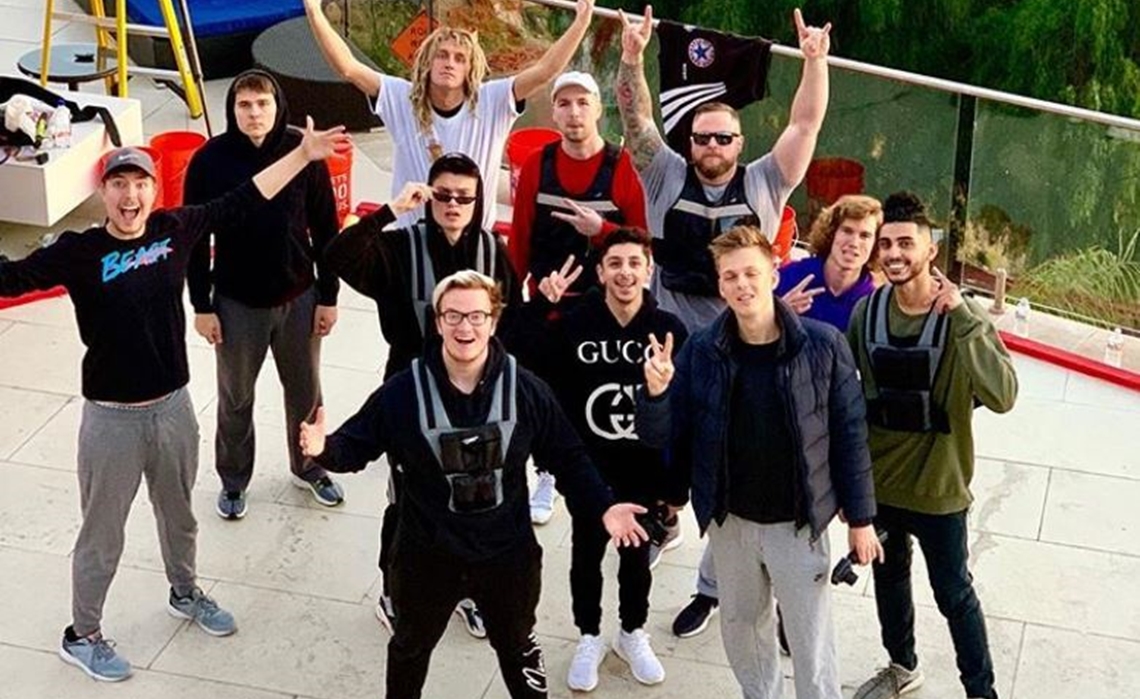 MrBeast’s $100,000 Competition Pitting Top Creators Against One Another Ends In Four-Way Draw

YouTube star Jimmy ‘MrBeast’ Donaldson, who has amassed 12.5 million subscribers thanks to social experiments and stunts that often involve large sums of cash, just hosted a competition pitting some of the platform’s buzziest stars against one another for a $100,000 prize.

In short, the 12 YouTube creators — Leon Lush, Danny Duncan, Caspar Lee, Alex Ernst, Mini Ladd, Joogsquad, Faze Rug, Faze Rain, Faze Adapt, Callux, WillNE, Ricegum, and Faze Tfue — had to simply stand in a spray-painted circle for as long as possible. It’s a concept that Donaldson has explored on his channel before — but this time, contestants weren’t allowed to sit down, and, every hour, they were saddled with 1 pound of weight on a special vest.

Rapper Ricegum left the circle immediately after the contest began — though, over the course of the 24-minute video, other creators truly tested their limits amid several surprises orchestrated by Donaldson, including a pizza party, a performance by a magician, and cameos from the likes of David Dobrik and Alissa Violet. After a total of 31 hours and 52 pounds per vest, four remaining stars — musician Leon Lush, comedic vlogger Danny Duncan, South African YouTube OG Caspar Lee, and aspiring filmmaker Alex Ernst — made a pact to split the pot four ways. Each took home $25,000.

“This video was one of my favorite videos to film,” Donaldson says in conclusion. “Everyone was just really laid back — no one really had an ego or anything. I hope to do this again in the future.” He’s currently seeking participation from other YouTubers in the comments section.

Check out the video below: