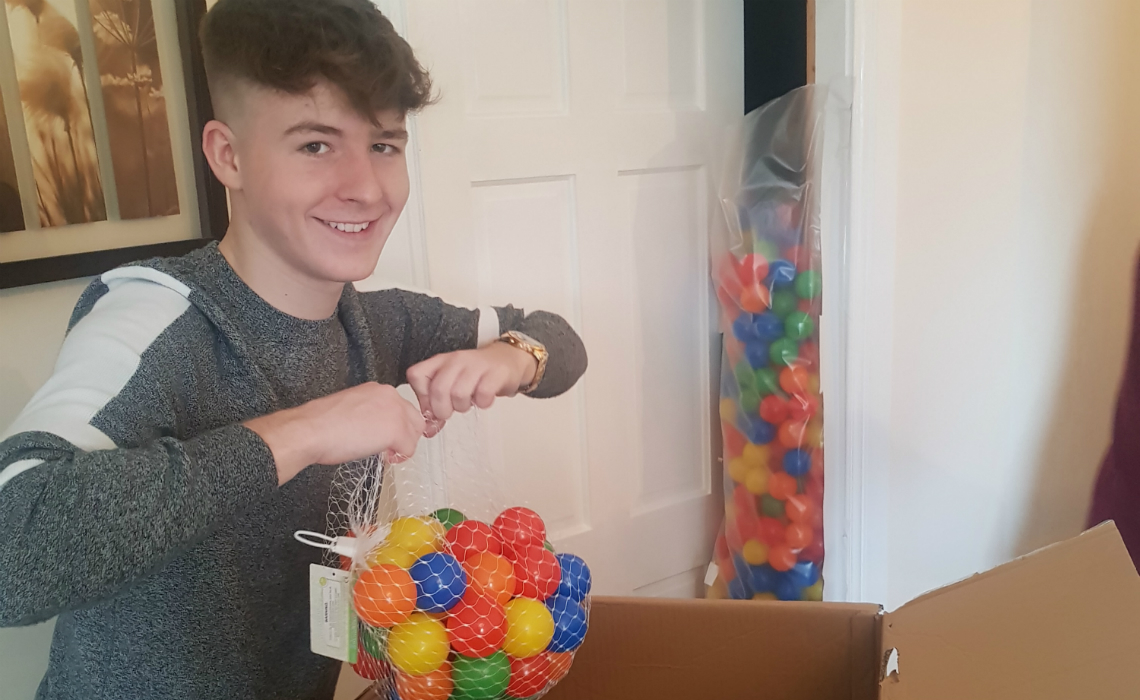 Comedy vlogger and recent YouTube Millionaire Adam Beales — aka ‘TheNewAdamb99‘ — teamed up with Disney this week for its ongoing #VloggerTakeover series.

Beales, who now has 1.6 million YouTube subscribers and averages roughly 18 million views a month, is known for his wealth of pranks: pretending his little brother Callum is invisible, siccing Pennywise from It on people, and scaring the daylights out of his best friend by bringing Paranormal Activity to life, to name a few.

And this week, he starred in a handful of TV segments for Disney Channel U.K. showing fans exactly what caliber of pranking feats he’s capable of — like turning Callum’s bedroom into a massive ball pit.

“I am so thankful and feel very lucky to be working with such a great brand,” Adam tells Tubefilter. “I grew up watching Disney Channel, and to actually have a chance of appearing on it feels so surreal. I hope you enjoy my TV debut in the #VloggerTakeover on Disney channel!”

This is actually the third time Adam has worked with Disney. Last year, the entertainment giant sponsored a video where he pranked Callum (who’s also a YouTuber, with nearly 80,000 subscribers of his own) with a giant teddy bear. And in March this year, he lived as Baymax, a fan-favorite character from the Disney film Big Hero 6, for a day to help promote branch-off show Big Hero 6: The Series.

For Adam, teaming up with Disney means staying authentic to the personal brand he’s developed as a YouTuber. “Not only do their values match up with my own channel, but they are always super helpful and positive throughout the whole process when working with them,” he says. “I’m very glad to have a partnership with a company that my audience wants to watch. Sometimes, it can be quite obvious when creators advertise companies that don’t directly correlate with their channel’s intentions or genre, so having a complementary brand on my side is a massive bonus for me and my audience.”

All of Adam and Callum’s content from this week can be seen on Disney Channel U.K.’s YouTube channel. Other vloggers who have recently taken over the channel include Tekkerz Kid (1.2 million subscribers), Coco’s World (138,000 subscribers), and Twin VS Twin (125,000 subscribers).