YouTube Is Testing ‘Ad Pods’, In Which Two Spots Are Served Back-To-Back 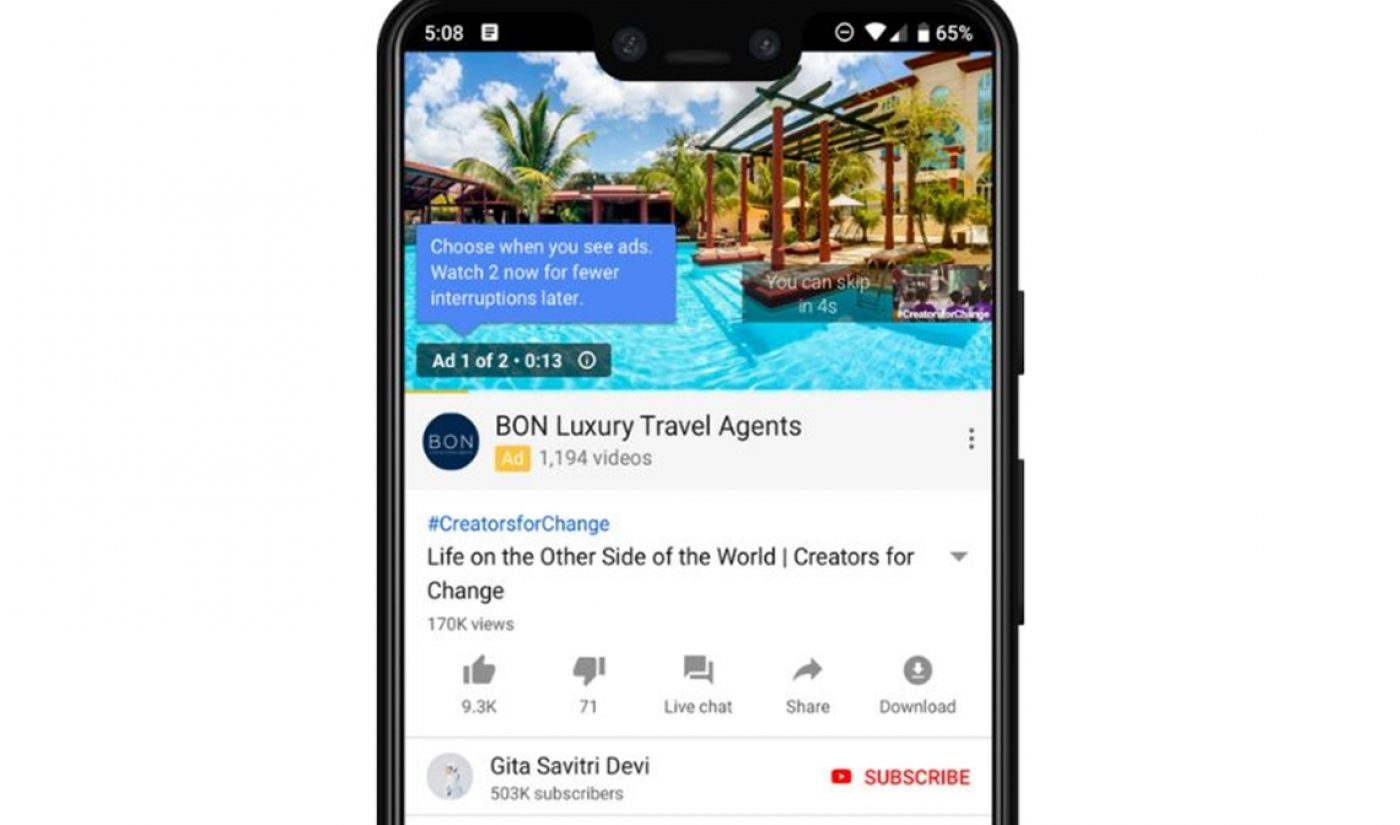 YouTube may be making a major change to the way it serves ads with a new format called Ad Pods.

Ad Pods consist of two spots that are served back-to-back either before or during a video. YouTube said that it is testing a format that stacks ads in order to cut down on the number of interruptions that occur for viewers. Through its research, the platform said, “we learned that fewer interruptions is correlated with better user metrics, including less abandonment of content and higher rates of ad viewing.”

Ad Pods can take several different forms, reports AdAge, such as: two skippable ads, a skippable ad followed by a six-second unskippable spot (known as a Bumper Ad), a Bumper followeed by a skippable ad, or two consecutive Bumpers.

The new format will launch on desktop devices this year, and will subsequently roll out to mobile and TV screens. AdAge notes that the prospect of lumping commercials together brings YouTube closer to a traditional TV viewing experience. Now, rather than four ads interspersed throughout a video, for instance, a viewer could be served two pre-rolls back-to-back, and then two more mid-rolls. AdAge notes that viewers will be given the option to opt out of the test if they so choose.

In addition to announcing the Ad Pods test, Google revealed some other findings about viewer behavior on its Ads blog, including the fact that users are relying on the ‘Trending’ and ‘Home’ tabs in order to discover recommended content ten times more than they were three years ago. Accordingly, YouTube has given advertisers more options to reach viewers on these pages — including formats called TrueView Video Discovery Ads, Masthead, and Universal App Campaigns.

YouTube has also unveiled new formats to target users who watch on their TV screens — where 180 million hours of YouTube are consumed every day. Last month, it rolled out a TV Screen Device option for both Google Ads and Display & Video 360 campaigns.