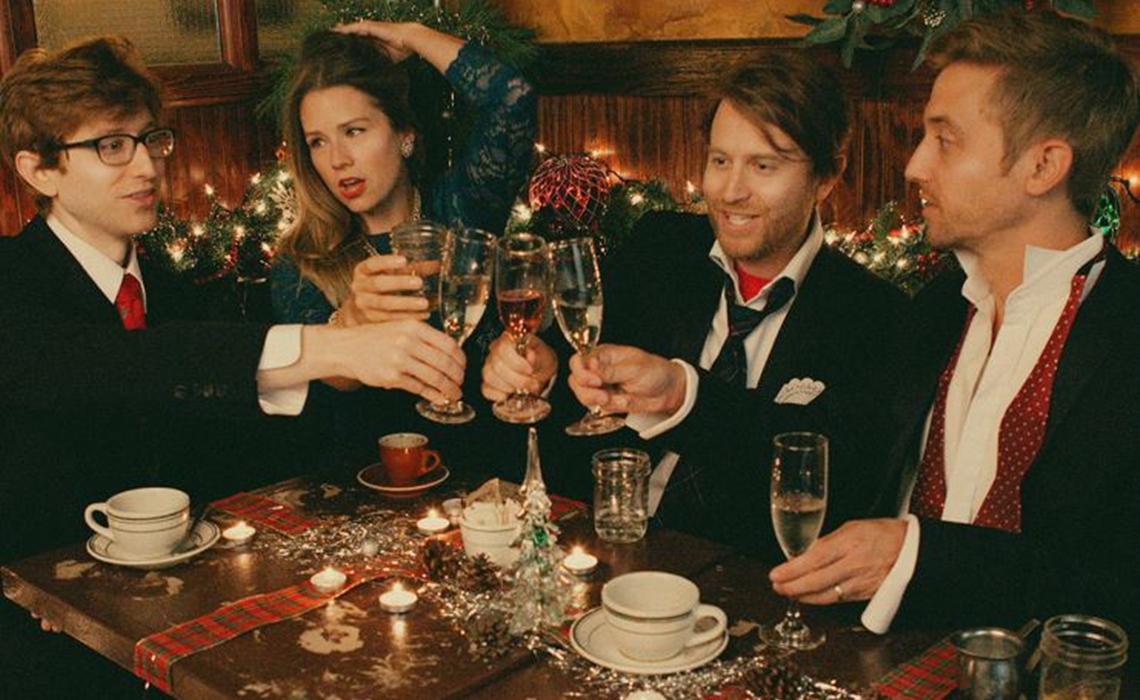 Jess and Gabriel Conte aren’t the only YouTube musicians hopping on the holiday album bandwagon.

Tomorrow, The Gregory Brothers — the Brooklyn-based musical quartet behind viral series like Auto-Tune The News and Songify This — are dropping a double-sided Christmas album called Sleigh Ride/Fireside.

Currently available for preorder via online music platform Bandcamp, the 12-track album is split into two sides: a more energetic A-side dubbed Sleigh Ride is meant to be played during Christmas festivities, the Brothers say, while Fireside is more of a post-party wind down. There is also a Deluxe Explicit version of the album available for sale with three additional songs. The Gregory Brothers — comprising Michael, Andrew, and Evan Gregory, as well as Evan’s wife, Sarah — say they are signing all physical copies that are purchased this week.

The record was produced by Grammy winner Anthony LaMarca of The War On Drugs, and it features Christmas standards like “O Come, All Ye Faithful,” “Rudolph The Red-Nosed Reindeer,” and “Have Yourself A Merry Little Christmas.” The group says they were inspired by classic Christmas records of the 60s and 70s. The standard digital album is priced at $10 — though fans can also purchase physical CDs ($13), vinyls ($20), and other gift packages that cost as much as $90.

The Gregory Brothers will fete the release of Sleigh Ride/Fireside at their long-running Christmas Spectacular. The thirteenth annual show will take place on Dec. 16 at New York’s Poisson Rouge. Tickets, priced at $15, are available here.

The Gregory Brothers count 3.4 million subscribers on their flagship YouTube channel — in which they turn spoken clips from the news and elsewhere into irresistibly catch songs — as well as 240,000 subscribers on a second channel where they share behind the-scenes content, covers, and vlogs.