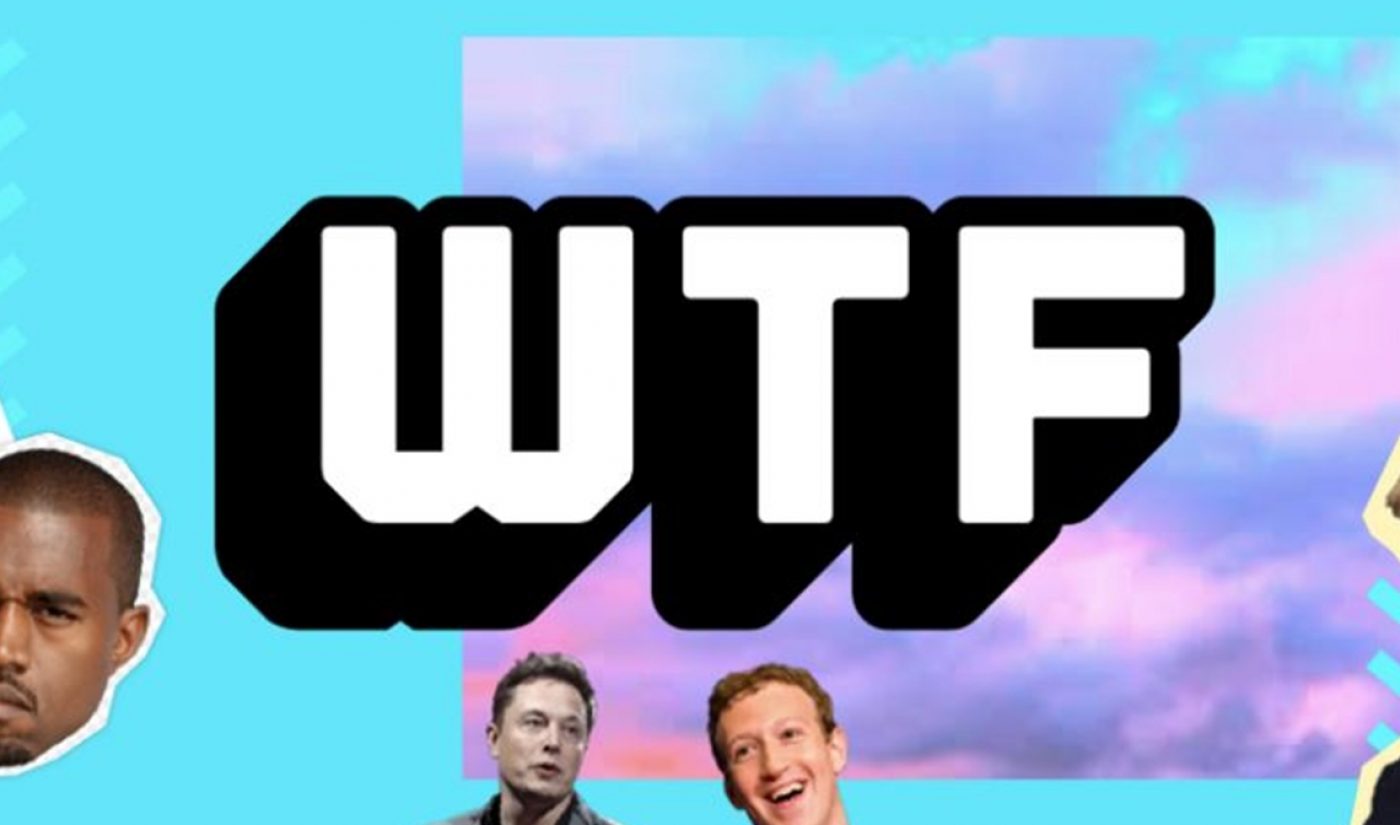 The livestreaming game show, dubbed WTF, is a pop culture-focused competition in which players can earn crypto prizes in real time. WTF capitalizes on both YouNow’s previous efforts in the crypto space as well as the buzz surrounding live game show apps, including runaway hit (though recently-beleaguered) HQ Trivia. YouNow claims that WTF, in which viewers can win cash prizes in the form of Ethereum, is the first “cryptocurrency-powered game show app in the world.”

Players can team up in groups of three to work together to answer questions about the day’s news and pop culture events — with questions like, ‘Whose star was destroyed this week on the Hollywood Walk Of Fame?’ If at least one person from a team answers every question correctly, everyone is awarded a cash prize in the form of Ethereum. (In order to claim winnings, players must share a private crypto wallet address, though there’s no need for bank information).

The app is currently available on iOS, and will be rolling out to Android devices soon, YouNow says. WTF has had 1,000 winning users since its beta launch in July. And while the company has not yet reached the payout heights of HQ Trivia — whose biggest pot to date was a cool $250,000 — it expects prizes to increase in tandem with the app’s growth over time.

“Like livestreaming, live game shows are another step in the transformation of media from passive viewing to active participation,” Props co-founder Yonatan Sela tells Tubefilter. “On WTF, the experience is particularly powerful since it leverages many-to-many video tech to empower group play with friends and crypto winnings for seamless distribution of rewards to thousands of winners globally.”

WTF is the second app to emerge from the Props Project — an initiative launched by YouNow last year that seeks to develop crypto-based media platforms in order to achieve a decentralized ecosystem whereby creators, developers, and viewers all hold a stake in the growth of any ensuing networks. Rather than a traditional content platform which takes a cut of revenues, for instance, a crypto foundation enables all participants to equitably and transparently earn money for their contributions to the network.

“On WTF,” says Sela, “users will also be able to earn rewards for various actions they take. For example, users who submit questions or videos for future games could receive crypto rewards if their questions are used. Users may be rewarded for sharing the app with friends, and educating them on how to use it via group play.”

It would make sense that YouNow is something of a pioneer in the crypto video app space, as the flagship YouNow app marks one of the first live video platforms to have fostered a streaming economy, whereby creators could be compensated by their fans in real-time via digital currencies. The company is banking on the fact that cryptocurrency marks the next chapter in its story.