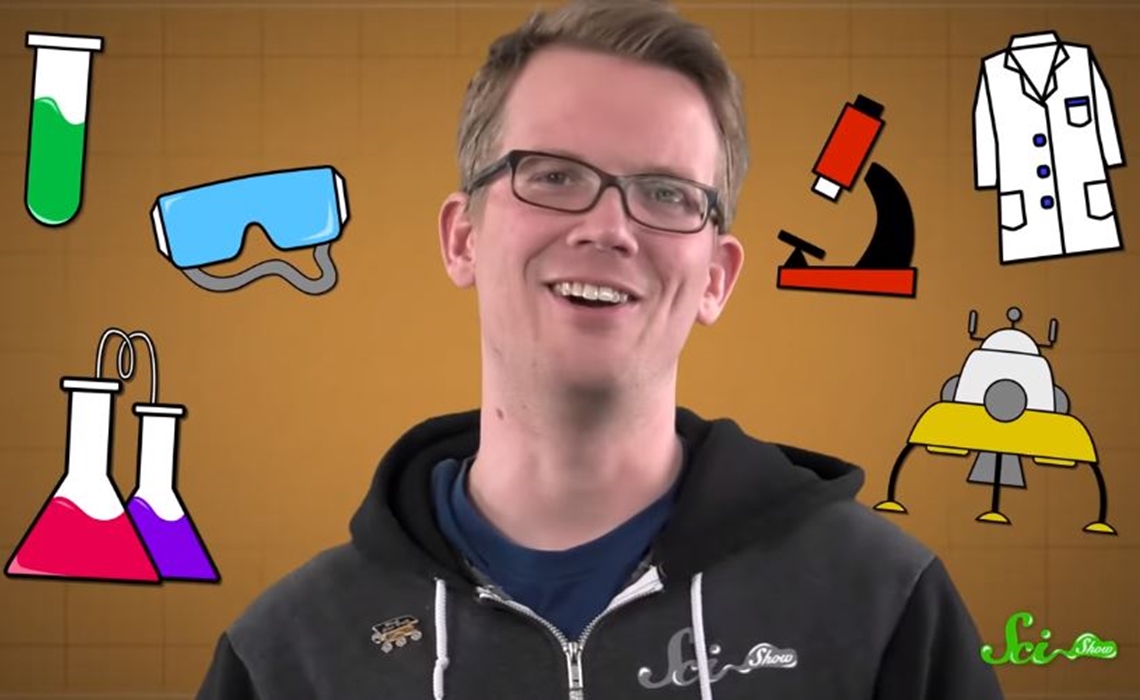 After fraternal YouTube superstars John and Hank Green inked a podcasting pact with public broadcaster WNYC earlier this fall, the deal called for the relaunch of two existing podcasts and the debut of a third. Now, Hank has unveiled that new endeavor — SciShow Tangents, billed as “a lightly competitive knowledge showcase full of wit and weirdness,” according to WNYC.

The weekly series builds on Hank’s popular YouTube channel of the same name, which reaches an impressive 5.4 million subscribers. SciShow Tangents will feature Hank, series writer Ceri Riley, cartoonist Sam Schultz, and producer Stefan Chin as they try to one-up one another with weird and funny scientific research in every episode. The first installment, bowing on Tuesday, will cover hoaxes, unusual medical ailments, and an 18th century woman who claimed to give birth to rabbits.

WNYC released today the audio trailers for all three of the Green brothers’ podcasts, including the two existing shows — an advice series called Dear Hank And John, as well as a solo effort by John titled The Anthropocene Reviewed, in which he pens personal essays reviewing facets of planet earth on a five-star scale. You can check out all of the trailers here. Dear Hank And John will air weekly on Mondays, while new episodes of The Anthropocene Reviewed will drop every Thursday.