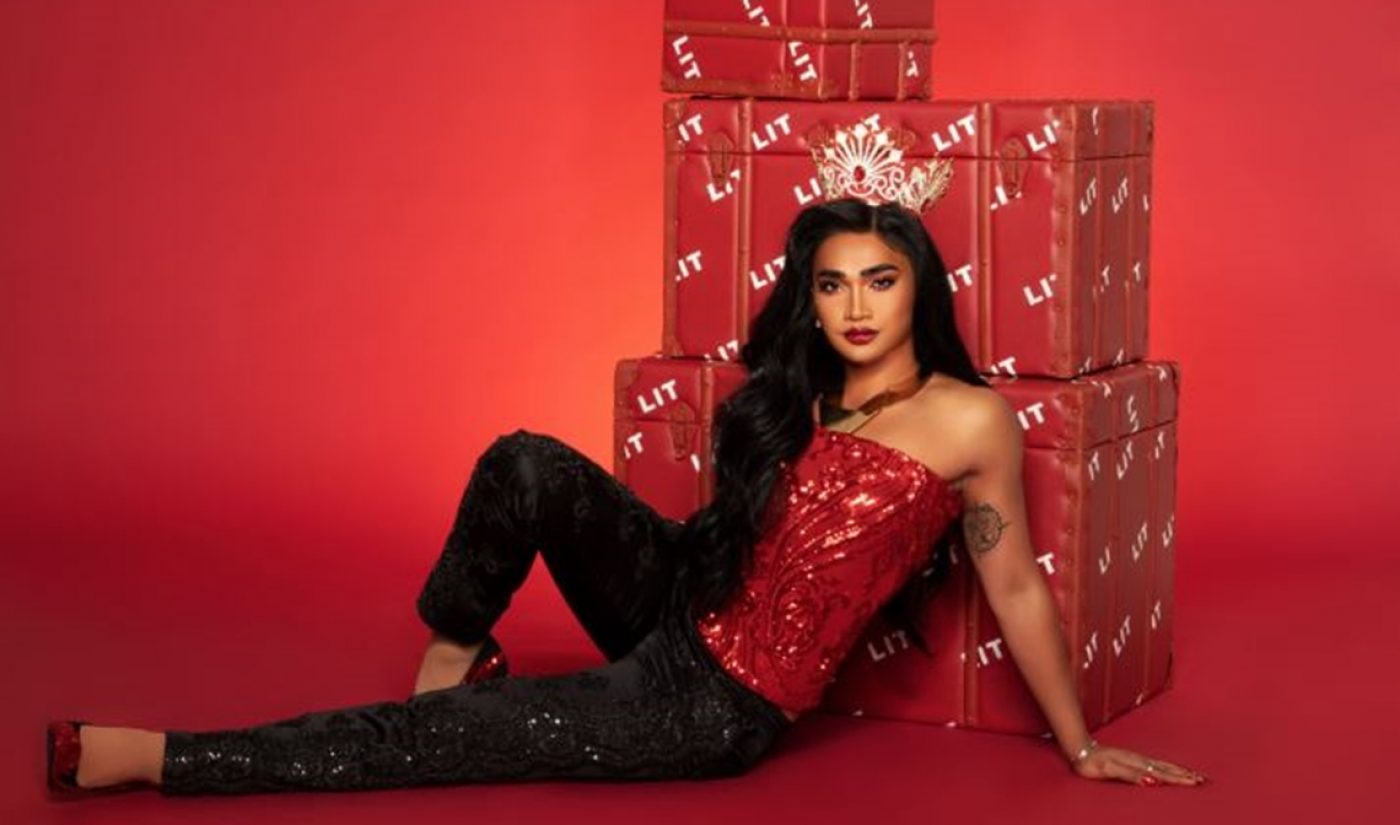 Days after James Charles unveiled his Sister Collection alongside Morphe, 20-year-old Bretman Rock has announced his partnership with another socially-savvy beauty company: ColourPop.

The collection, dubbed Bretman Rock x ColourPop, comprises 12 products dropping Friday that represent a nod to Rock’s Filipino heritage (he currently resides in Hawaii) as well has his gender-bending online persona. Two of the eyeshadow palettes, for instance, are red and blue — the colors of the Philippines’ flag. One is named Lit, and images on its packaging harken to Rock’s feminine side, featuring him decked out in drag. The other palette, Wet, features more traditionally masculine imagery. The collection also comprises blushes, lip glosses, and new gooey body glitters, per Refinery29.

“I just feel like when you’re gay, you’re put into this little box. You’re either supposed to be feminine or not feminine,” Rock told the outlet. “Why pick? Why can’t I be both? I just feel like everyone should be what they feel like, any given day. Some days I feel like lifting weights, and some days I want to dress up in drag.”

None of the products in the collection cost more than $12, and certain shade names aim to push the cultural envelope. In the Lit palette, for instance, Rock named one of the shades ‘Bading’ — a slang, derogatory term for gay people in the Philippines. He told Refinery29 that he chose the name in order reclaim the word and all of its negative connotations.