FilmStruck Is Latest Casualty Of WarnerMedia Streamlining, Will Shutter In November 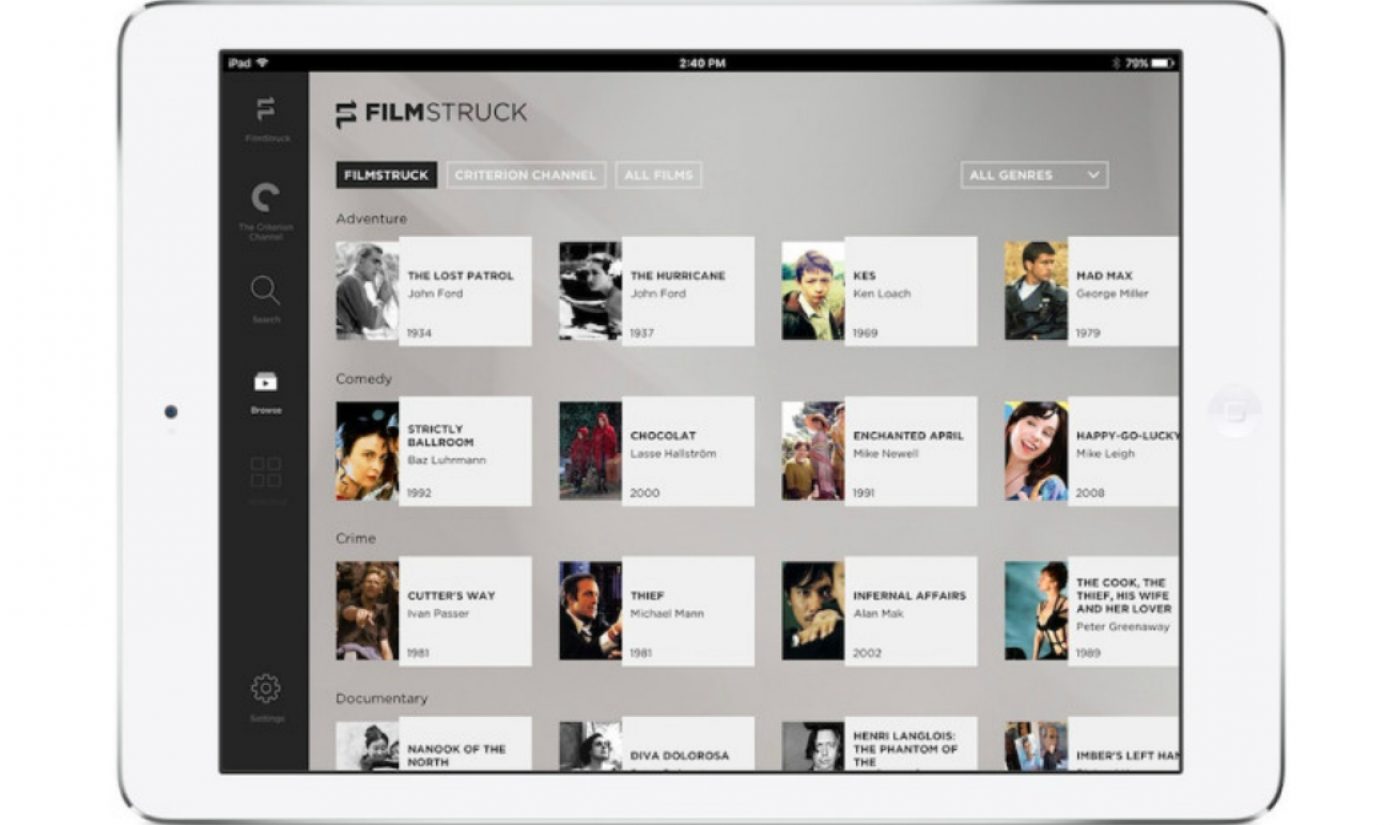 Another Time Warner brand bites the dust. Fresh off axing K-drama hub DramaFever and irreverent comedy brand Super Deluxe, WarnerMedia, the renamed media entity formed in the wake of AT&T‘s acquisition of Time Warner, has announced that FilmStruck will no longer accept new signups as of today, and will be shutting down entirely on Nov. 29.

The two-year-old FilmStruck streaming service housed foreign films, classic cinema, and indie features. “We’re incredibly proud of the creativity and innovations produced by the talented and dedicated teams who worked on FilmStruck over the past two years,” Turner Broadcasting System and Warner Bros. said in a statement. “While FilmStruck has a very loyal fanbase, it remains largely a niche service. We plan to take key learnings from FilmStruck to help shape future business decisions in the direct-to-consumer space and redirect this investment back into our collective portfolios.”

The sudden shutdown is notably leaving the Criterion Collection, a selection of classic and contemporary films curated by a company of the same name — for which FilmStruck was the exclusive streaming partner — without a home. The collection includes films like the 1954 film Seven Samurai, The Silence of the Lambs, The Graduate, the 2014 queer film Clouds of Sils Maria, and Guillermo del Toro‘s Pan’s Labyrinth.

“In the weeks ahead, we’ll keep you informed about the great programming you can watch on the Criterion Channel before it shuts down on November 29,” The Criterion Collection Inc., said in a statement. “And we’ll be trying to find ways we can bring our library and original content back to the digital space as soon as possible.”

A representative for Turner declined to confirm how many employees will be affected by FilmStruck’s shuttering, though a source familiar with the situation explained to Variety why AT&T giant has been doing so much trimming of late. “They felt Time Warner overall had too many initiatives,” the source said. “[AT&T] has their hands full. They have no time to think about, ‘What do we do with this growth property?’”

WarnerMedia is planning to launch a streaming service of its own next year that will bring together content from the company’s  vast entertainment brand portfolio, including Cinemax, TBS, TNT, and Cartoon Network.