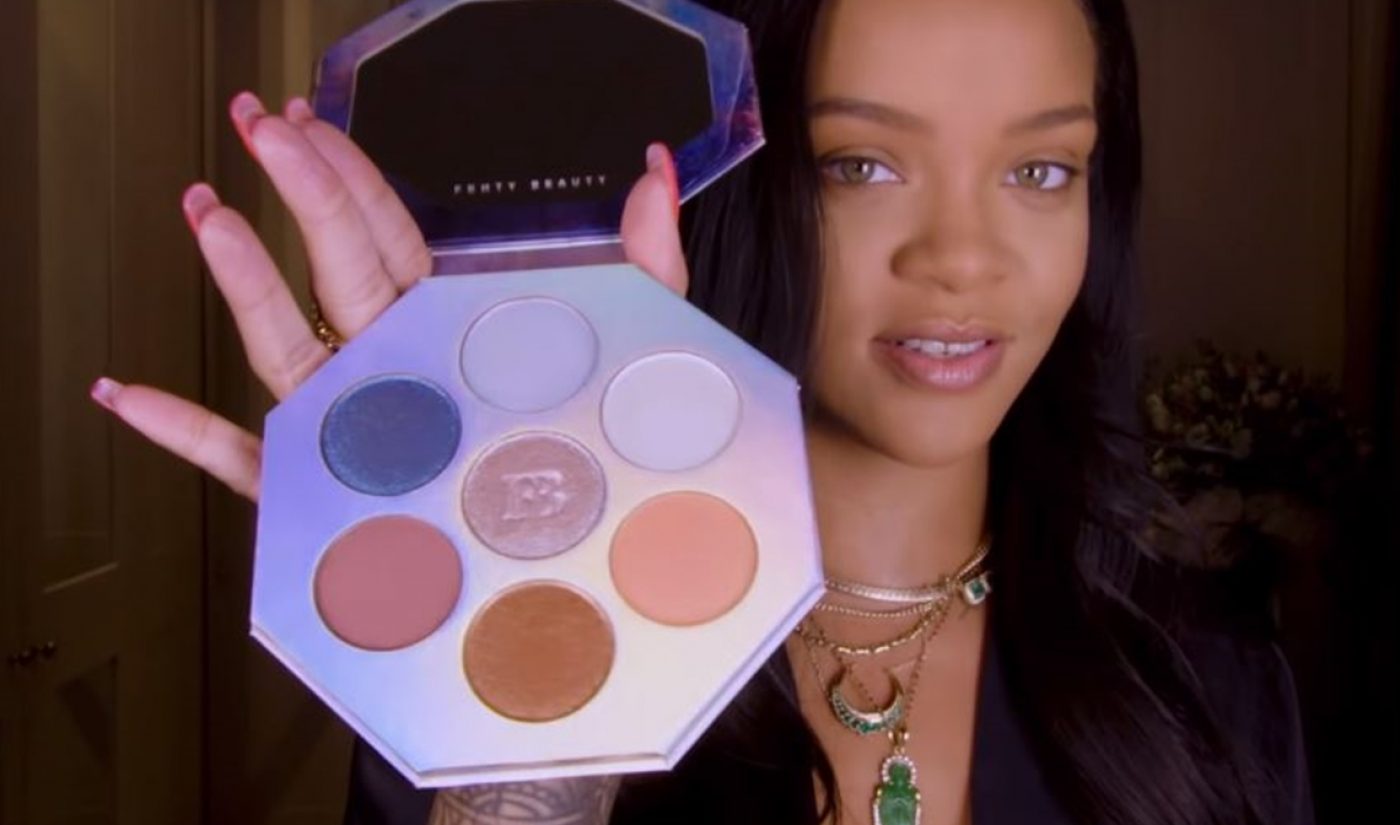 One of the most iconic voices in the music industry is trying her hand at being a beauty vlogger. Like Kylie Jenner and Kim Kardashian before her, Rihanna has now taken to YouTube to promote her cosmetics brand, Fenty Beauty.

While YouTube is home to a flourishing — though at times controversial — community of beauty creators, the opportunities for entrepreneurs who use the platform as a promotional vehicle for their own brands are seemingly endless. Jeffree Star, for instance, who is one of YouTube’s most popular beauty vloggers, told Shane Dawson in a recent docuseries that his four-year-old cosmetics company — which is frequently featured on his channel — has netted upwards of $100 million.

Kardashian and Jenner’s YouTube forays marked collabs with native YouTube stars, but Rihanna is flying solo. To be fair, the 30-year-old has appeared in highly-viewed beauty videos before — including a Vogue tutorial that has garnered 16 million views. But on Tuesday, she launched a recurring series on Fenty Beauty’s YouTube channel called Tutorial Tuesdays With Rihanna. Each week, she will create a look using items from her line — the first one being a holiday-inspired look using the Chill Owt collection. In three days, the video has garnered 500,000 views.

The Fenty Beauty channel launched roughly a year ago and counts 250,000 subscribers. And while its upload schedule has been fairly consistent since then — including how-tos, challenges, and new product intros — this marks the first time that Rihanna has embraced the tutorial format popularized on YouTube. “Hope you enjoyed it and I can’t wait to see you do your versions of our holiday look,” she says at the end of the clip in a classic sign-off. “Follow me at Fenty Beauty because I have even more secrets, beauty tips, looks, pictures, and a lot more that you can’t see anywhere else.”

In addition to her makeup line, Rihanna also partnered with YouTube to exclusively stream the runway show for her lingerie brand, Savage x Fenty, at New York Fashion Week in September.