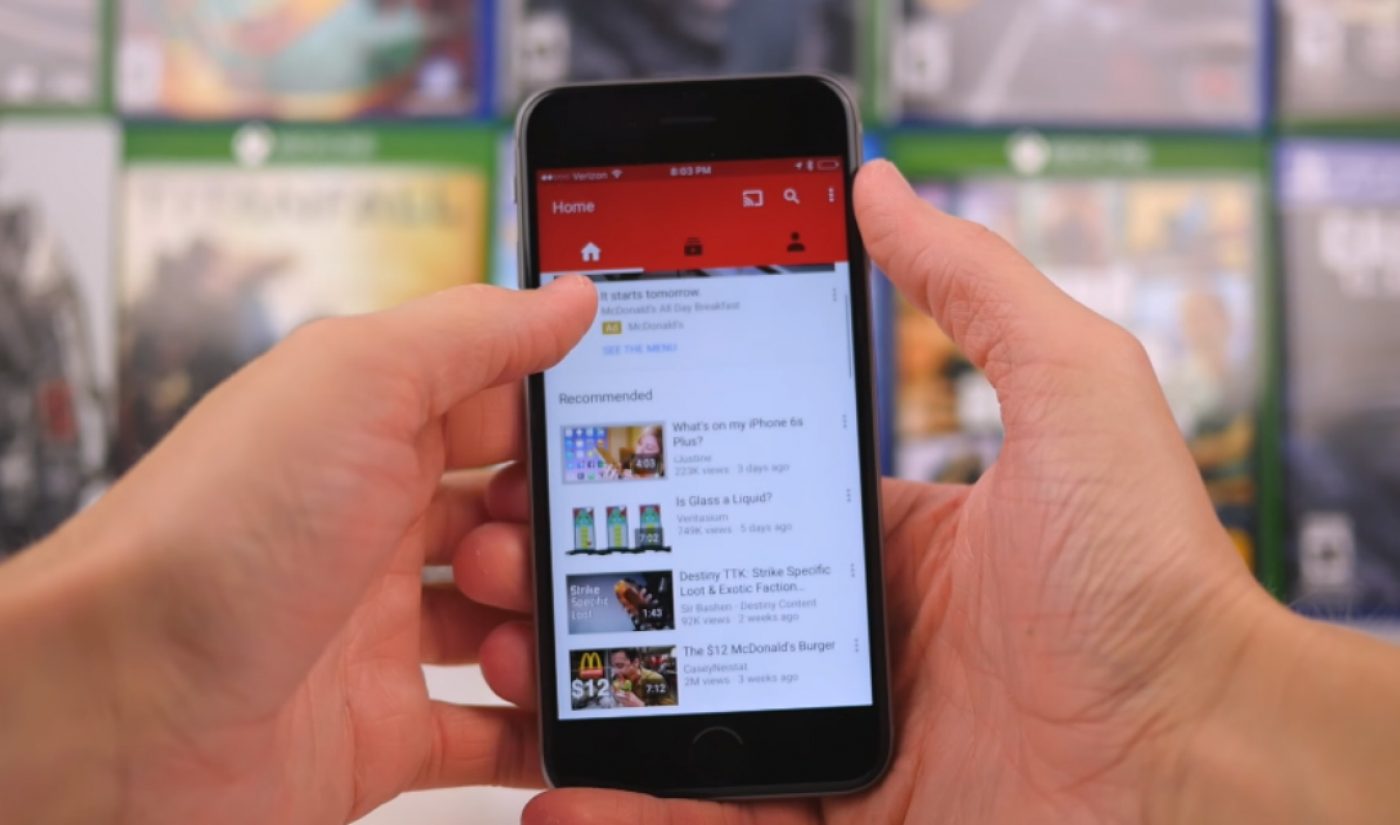 In a rare occurrence illustrating YouTube’s singular significance, the video platform — as well as its YouTube TV and YouTube Music properties — experienced a global outage yesterday evening, prompting tongue-in-cheek outcry from both top creators and the site’s 1 billion monthly users.

An error message began appearing for desktop and mobile visitors around 9:20 pm ET yesterday evening, and service was restored at around 11:00 pm ET. While it is unknown what caused the issue, some users received a ‘500 Internal Server Error’, according to CBS, and others saw pages with partially loaded content. “Sorry to everyone who was impacted,” CEO Susan Wojcicki apologized on Twitter after the site was back up and running. “Thank you to the teams who resolved this.”

Top creators joked about not knowing what to do with their lives during the temporary outage (see below), as a hashtag emerged: #YouTubeDown.

The last notable YouTube outage affected some users in the northeast United States in June 2017, while a similar issue plagued European users the previous February. YouTube TV also suffered a glaring outage during the World Cup semi-finals in July, much to the chagrin of die-hard soccer fans — prompting the company to gift subscribers one week of free service.

LIKE THIS IS SO WILD — OMG DO I NEED A NEW CAREER? pic.twitter.com/JX0fT3r7uj

If Youtube is down then do any of us really exist?

YouTube’s down… Can it really be true? Am I finally… free?