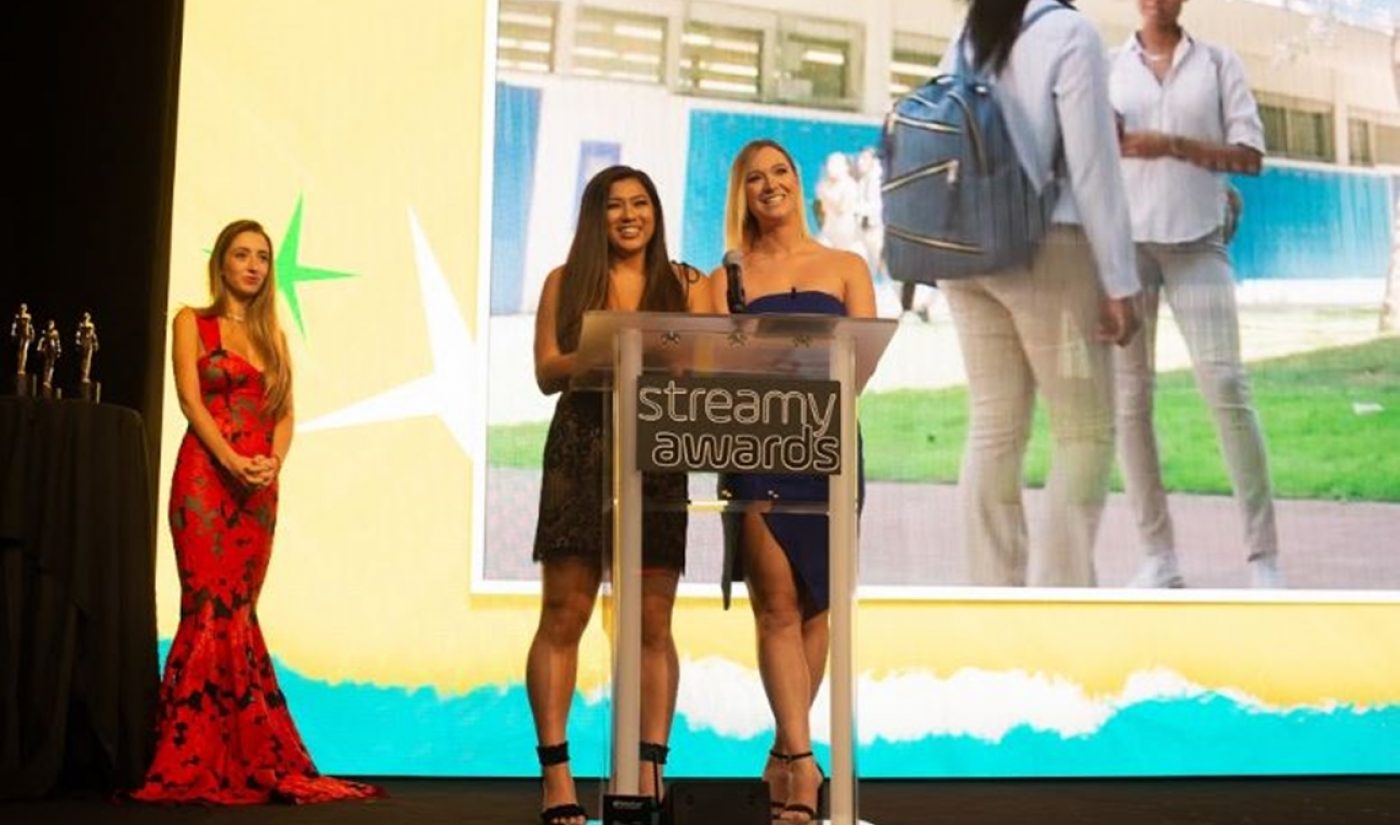 Portal A won big at the first-ever Streamys Brand Awards — an offshoot of the eight-year-old Streamys that served to recognize the year’s biggest achievements in digital advertising.

The Streamys Brand Awards were hosted by lifestyle YouTubers Alisha Marie and Remi Cruz (pictured above), who handed out a total of four statuettes yesterday evening in a ceremony that served to cap off the first day of IAB‘s inaugural NewFronts West. Portal A, the San Francisco-based original and branded content studio, took home two awards — in the Branded Content: Video category for a collaboration between Glad and Hannah Hart (see below), and in the Influencer Campaign category for a collaboration between water filter brand Brita and digital multi-hyphenate Rudy Mancuso.

The evening’s other winners included Kevin Hart and Lyft in the Branded Content: Series category, and Sissy That Bot — a Facebook messenger bot to promote VH1‘s RuPaul’s Drag Race — in the Emerging Platform category.

The Streamys Brand Awards are a precursor to the flagship Streamys — produced by Dick Clark Productions and Tubefilter — which will air live on YouTube on Oct. 22.

Here’s the full rundown of who took home awards: