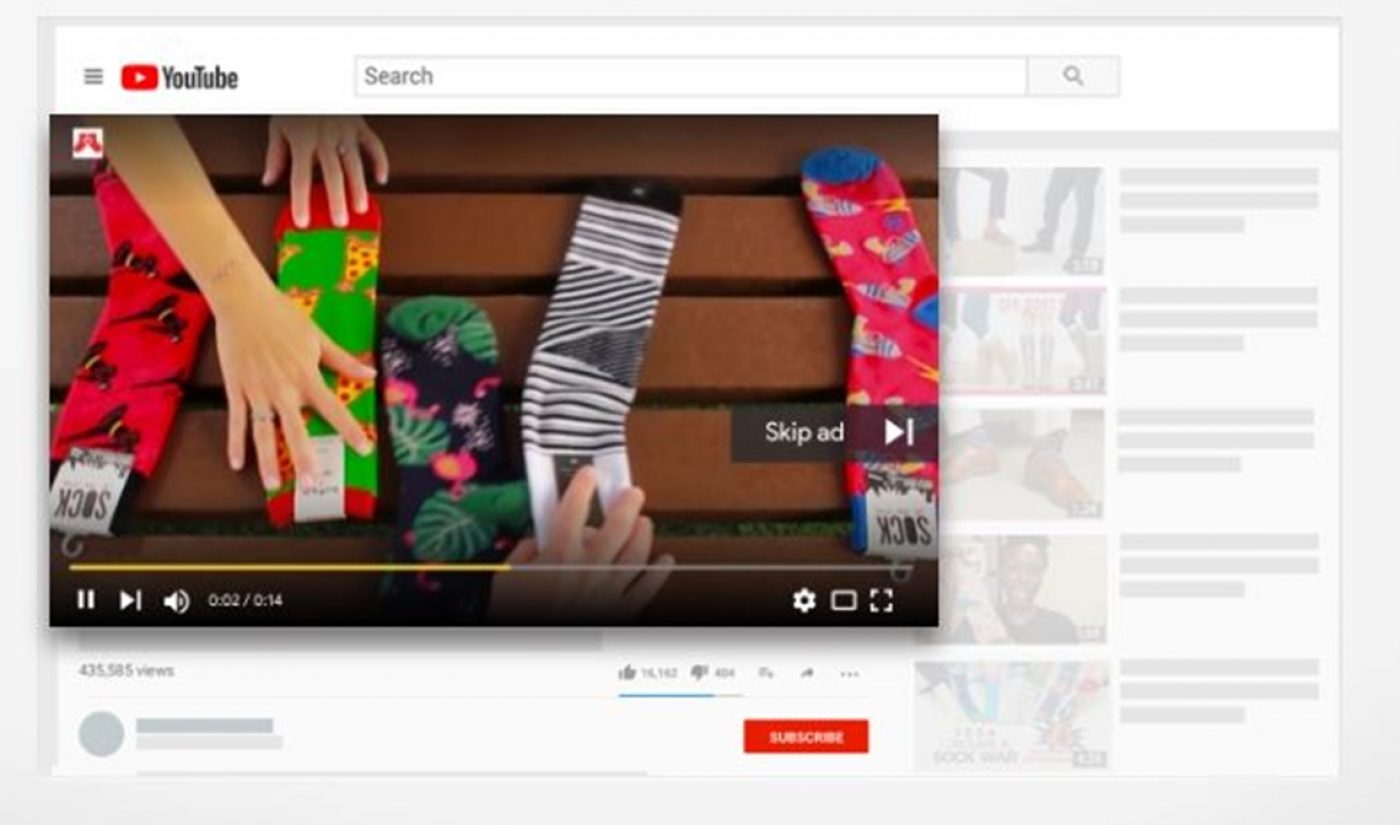 Market research firm eMarketer found in its latest ad spending forecast that YouTube will generate $3.36 billion in net video ad revenues this year in the U.S. — a 17% uptick over last year.

YouTube derives 73% of its ad revenues from video in the U.S., according to the firm, and represents 11% of parent company Google’s total U.S. ad revenues. While the eMarketer forecast also took a look at comparative spending on other social video platforms — including Facebook, Snapchat, and Twitter — it notes that YouTube’s revenues should not be regarded via one-to-one comparison given that, unlike the other companies, its traffic and content acquisition costs exceed half of its revenues.

That said, eMarketer reports that Facebook (including Instagram) will capture roughly a quarter of all video ad spending in the U.S. this year, for a grand total of $6.8 billion — which is roughly double YouTube’s predicted tally. And as a whole, eMarketer found that the digital video advertising industry in the U.S. will grow 30% over last year to become a $27.8 billion business in 2018. This means that video ad spend in the U.S. will account for 25% of all forms of digital advertising, according to the firm.

“In-feed video has been a successful ad format for both Facebook and Instagram,” principal eMarketer analyst Debra Aho Williamson said in a statement of Facebook’s current dominance. “A newer video ad format, in-stream advertising in Facebook Watch shows, is still relatively new, but we think advertisers will increase their usage of it because it is similar to linear TV advertising.”

Twitter is estimated to increase U.S. video ad revenues by 12% over last year to $633.3 million — though these figures are poised to drop looking ahead to 2020. Snapchat, on the other hand, will post $397.3 million in video ad revenues this year, marking a 19% increase over last year. Snapchat’s video ad business is expected to grow through 2020, eMarketer predicts, but only “slightly.”