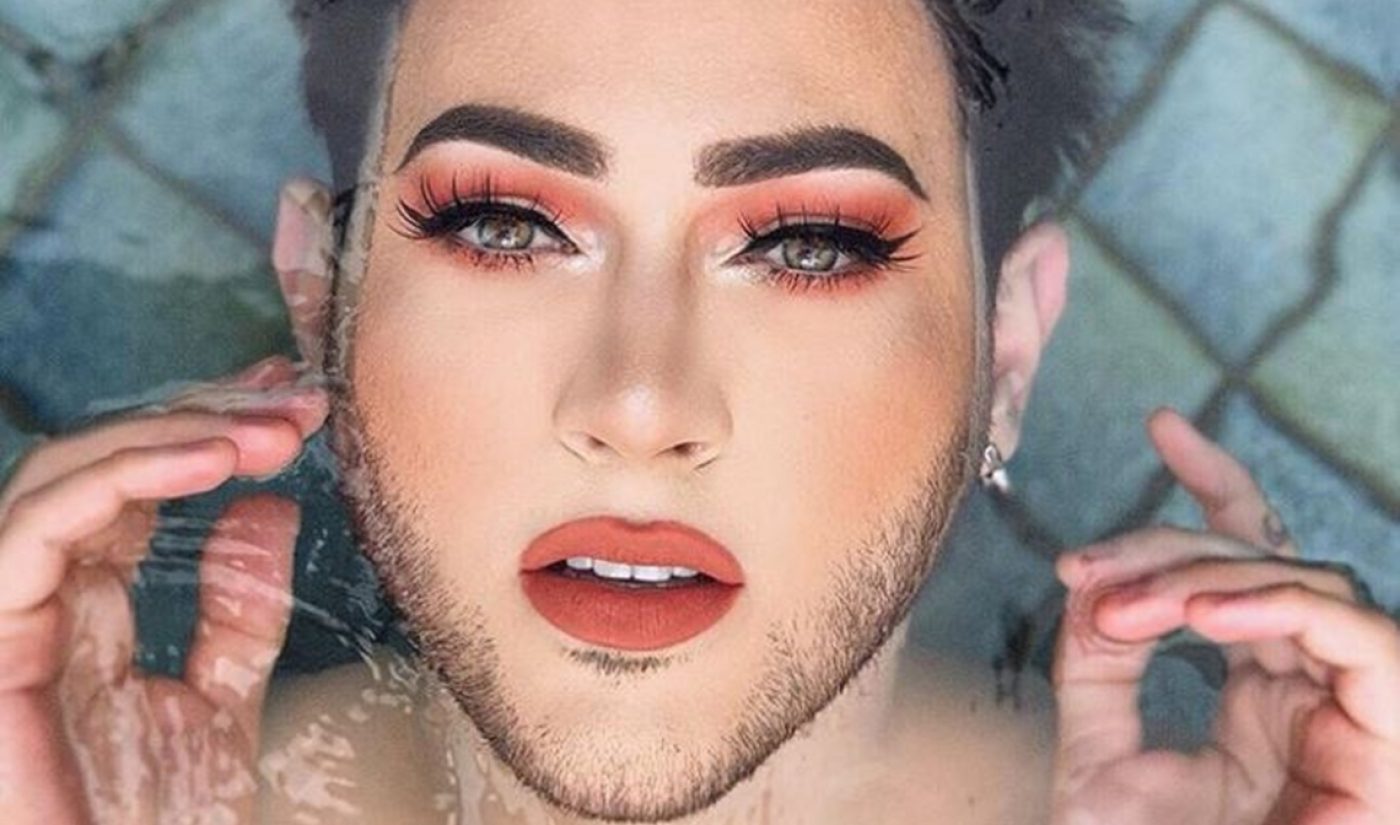 Yet another one of YouTube’s beleaguered beauty gurus is plotting his return.

Following a firestorm last month that saw both Laura Lee and Manny ‘MUA’ Gutierrez lose hundreds of thousands of subscribers — she for racist tweets that surfaced from 2012, he for accusations of social climbing — both went dark on all of their social platforms for weeks. Lee returned with a re-apology two weeks ago, as well as promises to take her content in a new, more altruistic direction. And now, Gutierrez — who lost roughly 400,000 subscribers as a result of the controversy — has addressed fans in a video titled Where I’ve Been.

Gutierrez, one of YouTube’s most prominent male beauty gurus, got caught in the crossfire after fellow creator Gabriel Zamora accused him of using his friendships with bigger vloggers like Patrick Starrr and Jeffree Star to get ahead. Fans, sensing foul play, subsequently fled his channel en masse.

Gutierrez says he deleted all social media apps from his phone while he dealt with the anxiety that ensued. He also apparently took the time to construct a comeback strategy — ultimately opting to have his video editor, Anthony, follow him around for a week and ask probing questions. “We talk about things from the topic of me being a social climber to some of my failed friendships that I’ve had,” Gutierrez says. While he isn’t a changed man after one month, he adds, his priorities about what’s important in life have been forever altered.

Docuseries are all the rage on YouTube right now, as evidenced by Shane Dawson’s highly viewed — though controversial — The Mind Of Jake Paul. The genre has resonated with viewers seeking a behind-the-scenes look at the lives of YouTube creators. And while it may have been Gutierrez’s intention to ride this wave, some commenters were a bit perplexed by the endeavor, perceiving it as calculated and hyper-dramatic, given the circumstances.

“This is very contrived and self-serving. A docuseries? Really?” wrote a commenter named Jade10122. “Manny, it would have been better had you just apologized. Keep it simple. Now you’ll be further assailed by the community instead of being redeemed.”

Gutierrez previewed some of the footage from the series in an emotionally-charged, cinematically-edited trailer, which sees his parents near tears in response to their son’s pain. The docuseries, which will roll out over the course of three episodes, also reveals that Gutierrez was hospitalized in the wake of the scandal, presumably after being driven to “self-medicate.”