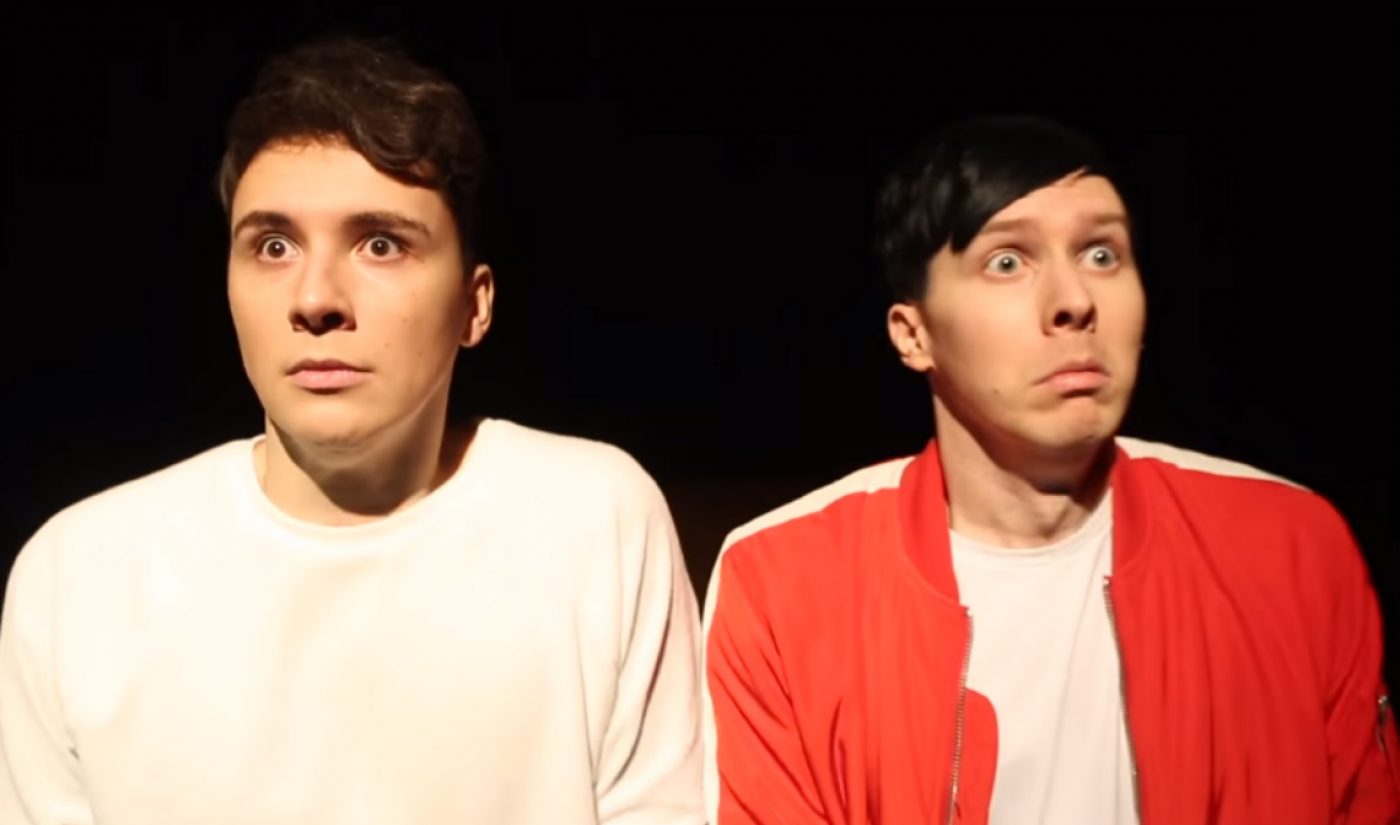 The pair — whose combined YouTube channel DanAndPhilGAMES has 3.1 million subscribers and an average monthly view count in the tens of millions — said on an Instagram Story that editing of the film is complete, and that they’ve recorded a director’s commentary that is “two straight hours of behind-the-scenes bants,” We the Unicorns reports.

Interactive Introverts was one of the largest YouTuber tours ever, with 80 dates in 18 countries. It ran from April 28 to Sept. 13, and one of its primary features involved Howell and Lester reacting to fan-submitted content — thus, the ‘interactive’ portion of the tour’s name.

But that wasn’t Howell and Lester’s first entree in the massive live tour circuit, nor is the upcoming Interactive Introverts movie their first tour film. The pair’s 2016 tour was also one of the largest tours undertaken by YouTubers, and was a runaway success. Its popularity continued long after its conclusion, with a Howell-and-Lester/YouTube partnership resulting in a YouTube Premium (née Red) documentary about the show, Dan And Phil’s Story of TATINOF.

The duo also published Dan And Phil Go Outside, a photobook featuring candids and stories from the tour, which became a No. 1 New York Times bestseller.

So, it’s no surprise Howell and Lester are going all-out for the film of their second tour, though it’s not certain yet whether the film will follow in its predecessor’s footsteps and be released through YouTube Premium.

No matter where it’s released, though, it will be a chance for fans who couldn’t attend the live shows to see Howell and Lester in action — and possibly see some of their own content on stage, since any fan, whether they were attending a live performance or not, could interact with the show.

Some of the content fans were able to participate in included their “funniest/most offensive/most accurate answers” to questions about Howell and Lester, like “What is hidden in their browsing history?” The duo also asked fans to help put together an ultimate friendship test for the two of them, to “get real” and ask questions seeking honest answers, and answer a humorous survey where they had to, among other things, waffle over who to sacrifice, Howell or Lester.