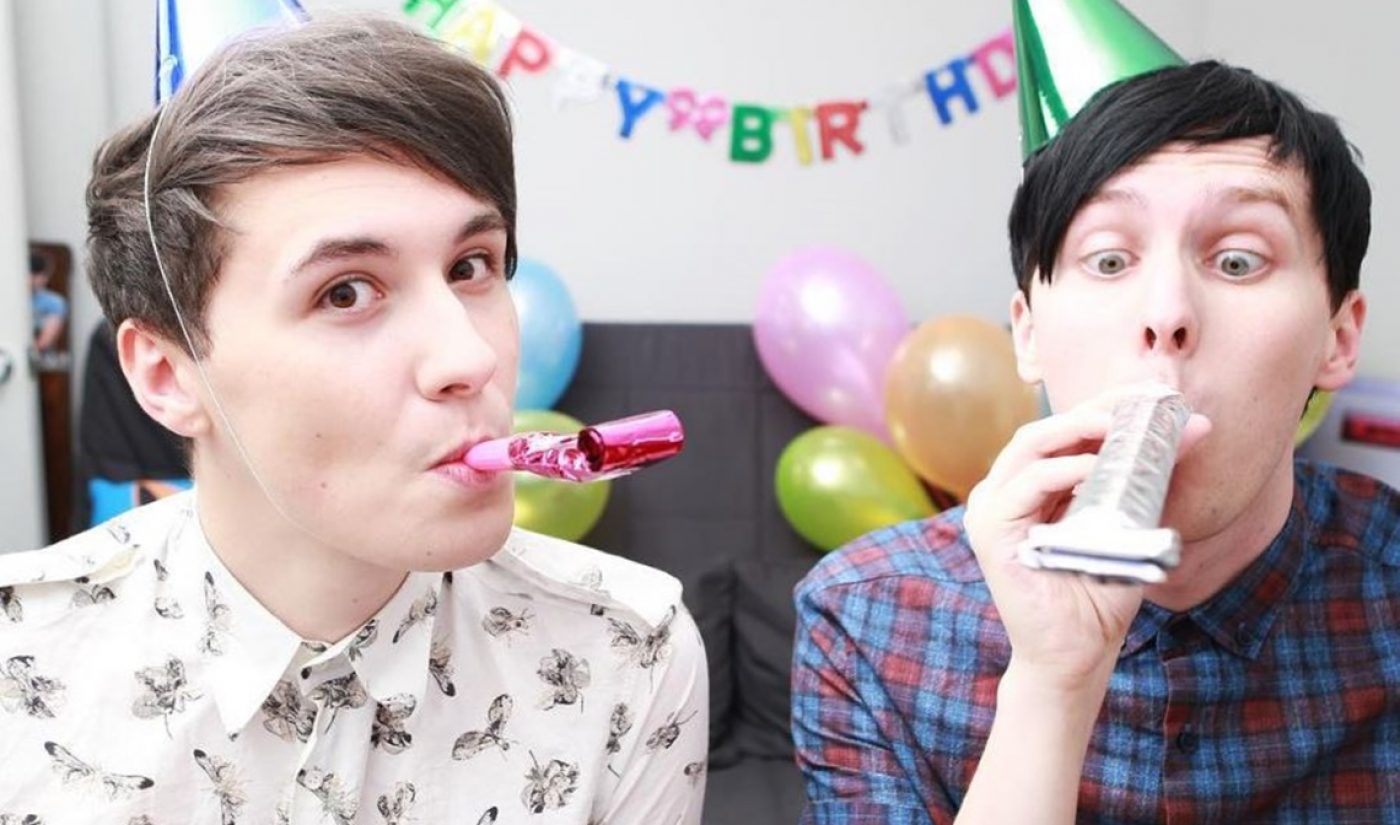 [Editor’s Note: There are a growing number of publications devoting coverage to YouTube and social media stars, printing stories online, in newspapers, and in magazines about this emergent class of celebrity. Tracking and touting the paradigm shift in entertainment and popular culture is great for everyone in the online video and digital media industries, but one voice has been grossly underrepresented in all the coverage. The voice of the fans. In order to remedy the problem and gain at least some insight into the millions of teenagers who consider YouTubers bigger celebrities than traditional media stars, we’ve partnered with an intrepid and enthusiastic high schooler to give us the firsthand scoop. To read more articles from our young contributor, click right here.]

What do you get when you combine a llama, a dash of ‘Dil’, and a larger-than-life sized microwave? In some cases, it might be an exotic dish prepared on The Food Network. But, if you know anything about YouTube stars Dan Howell and Phil Lester, you’d know it was a recipe for an amazing theatrical experience. Filled with flashbacks, flashforwards, and everything in between, the UK duo killed time itself during a recent stop of their The Amazing Tour Is Not On Fire tour (or TATINOF for short).

My sister and I were lucky enough to get a meet-and-greet before the show, and even though I’m not necessarily the kind of superfan who knows what Dan and Phil eat for breakfast every morning, I was geeking out at the prospect of meeting them. IRL, they both towered over me at about six-foot — but they were so welcoming. Selfies were taken and hugs were given. All around me, flower-crowned fans were sobbing their eyes out, smudging their eyeliner-drawn whiskers. (Dan and Phil often draw whiskers on one another when they’re shooting videos together, and also sell quirky merch with whisker doodles). Afterwards, walking into the sold-out theater was pure pandemonium. Everyone was dancing and singing along to alternative emo songs and High School Musical. Even more perfect was the level of detail that went into TATINOF’s set design — which centered around a massive microwave. The show began with a microwave countdown from 60 to 0, while the screams of the audience went from 0 to 60 (thousand decibels). When the microwave dinged, Dan and Phil popped out, pretending that they didn’t know where they were. The show had a scripted feel, as their “mission” was to save the Internet, which had been set loose after Phil attempted to microwave his laptop in order to charge it.

While the audience played the role of YouTube comments section — screaming “Notice me!” and “I love you!” — Dan and Phil slipped into their Youtube personas, incorporating popular video segments into the show. Seven Second Challenges were used to settle arguments, Dan helped fans with their problems in a real-life Internet Support Group, and Phil waxed poetic about weirdness in a segment titled Why I Was a Weird Kid. Before showtime, fans were also encouraged to submit homemade crafts that were on display in a ‘Crafty Corner’ segment.

Next, Phil pursued his dream of being a magician, with Dan as his “glamorous assistant”. Perhaps it’s best he stick to the whole Youtube thing, as he somehow managed to give Dan the legs of a llama. And then, a kind of fanfiction segment played out where fans had a chance to decide between two scenarios — with the overwhelming winner being Dan and Phil camping as cowboys while Phil drew Dan like a French girl.

Finally, out of nowhere, ‘Dil’ — a video game mashup of both guys that they created on The Sims — appeared and revealed that he was responsible for all of the mayhem. Though his original intent was revenge, Dil ultimately delivered a profound lesson for both boys. He told Phil to stop worrying about whether or not people liked him and to just be himself. After the “Awwws” died down, he told Dan to live in the moment and to stop worrying about the future, because he has a successful career and fans who love him. With that, Dil was sent back into the Internet, and the show took a lighthearted turn. Dressed in snazzy American flag-patterned vests and top hats, Dan and Phil sang a song and performed a dance about the Internet.

TATINOF began and ended with a ‘bang’…or should I say, a ‘ding’ (of the microwave). Dan and Phil did an amazing job entertaining the audience and creating a unique experience by incorporating fans into the show. There should be no doubt in their minds, from the standing ovation that followed, that they are, indeed, truly loved.

Sofia Graziano has been a YouTube fan for over five years. She is currently in 9th grade and has aspirations of being a film major at a top university. For now, she spends her time attending far too many YouTube events (meet and greets, conventions, concerts) and enjoys every second of it. You can stay up to speed with what she’s up to on twitter at @otheroakley and check out her other contributions to Tubefilter right here. She took all the photos featured in this story, too.