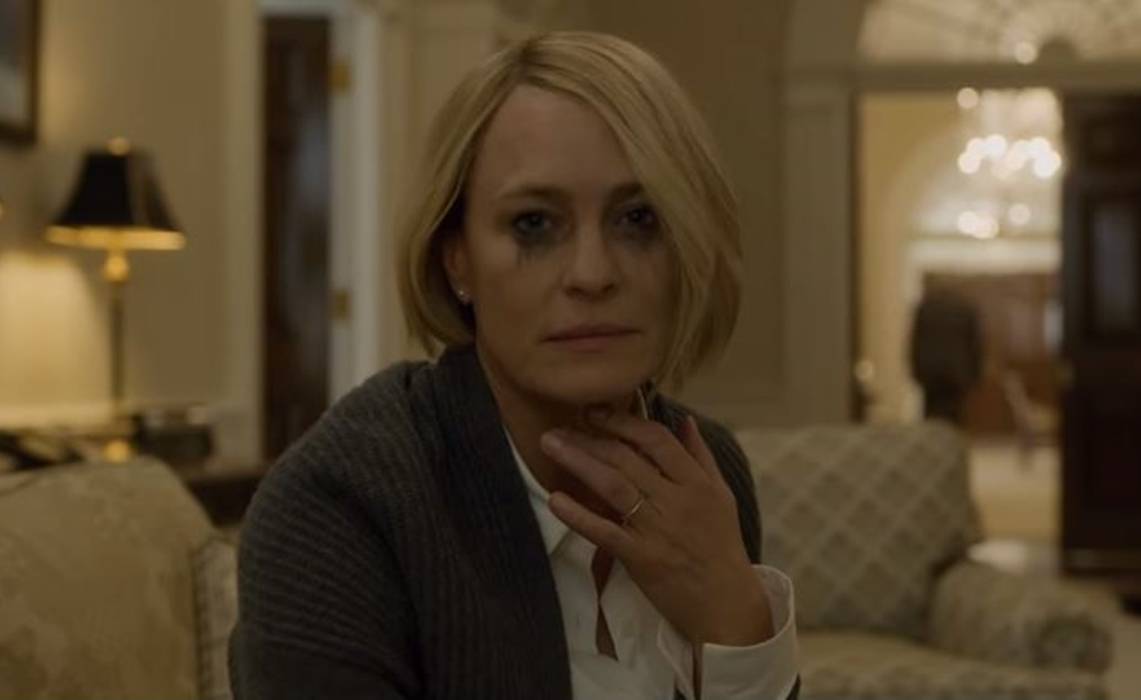 Longtime House Of Cards viewers are likely curious to see how the series will resolve in its final season amid the axing of star Kevin Spacey, who was accused by fellow actor Anthony Rapp of unwanted sexual advances when Rapp was just 14 years old.

After scrapping several other projects it had in the works with Spacey at a reported loss of $39 million, Netflix subsequently said that the final season of House Of Cards — which arguably put the streaming giant on the map as a proprietor of highly-acclaimed originals — would be headlined by Robin Wright, who co-stars as Spacey’s wife in the dark political drama.

Now, we have a glimpse at what’s in store for season six, as Netflix has released the first trailer for House Of Cards, which is slated to return for its final run on Nov. 2. (It’s a curious day for the drop, given Spacey’s demise and the fact that the nation is currently riveted by testimony from Christine Blasey Ford, who alleges sexual assault at the hands of Supreme Court nominee Brett Kavanaugh). In the teaser, Wright’s character has assumed the presidency, and says that Spacey’s husband — who resigned from office at end of the fifth season — has died. She also tosses out pithy, telling lines like, “The reign of the middle-aged white man is over.”