YouTube Channel Yes Theory Got Will Smith To Bungee Jump Over The Grand Canyon, And Millions Are Watching 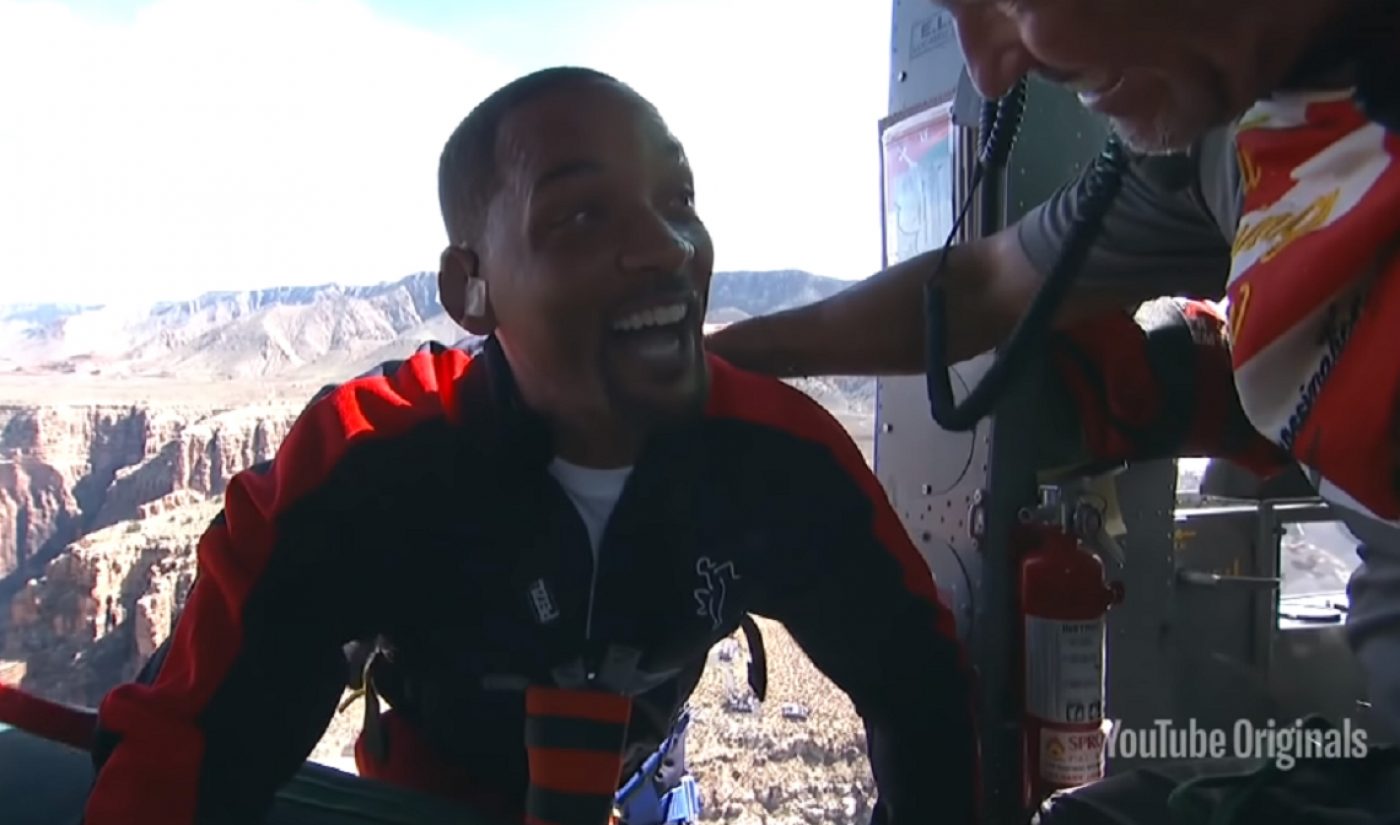 Will Smith celebrated his 50th birthday by hurling himself out of a helicopter over the Grand Canyon, answering a challenge presented in February by the members of YouTube channel Yes Theory.

The bungee jumping event was produced by YouTube and aired live on Smith’s channel, where he has garnered 3.5 million subscribers since joining the platform in December 2017. A crystallized eight-minute video of Smith’s prep and jump is, at the time of posting, trending at No. 3 on YouTube, with nearly six million views in less than 24 hours.

Yes Theory, which has 2.5 million subscribers, is an adventure channel featuring three friends — Thomas Brag, Ammar Kandil, and Matt Dajer — who “seek discomfort.” In practice, that often involves vlogging challenges like walking across a country without a map, exploring abandoned, sometimes perilous places, and abandoning themselves in foreign countries with no money for 24 hours.

In February, the channel challenged Smith to face his fears by making the jump, with Brag, Kandil, and Dajer noting in a video that Smith is one of their heroes. Smith accepted a week later, on the condition that the stunt would be done to benefit charity. The Will and Jada Smith Family Foundation partnered with advocacy organization Global Citizen to raise awareness and funds for its Education Cannot Wait program, which provides 75 million children in crisis-affected areas with access to education.

Smith is one of the few Hollywood celebrities to become a frequent YouTube vlogger. (Others include Dwayne ‘The Rock’ Johnson — who has three million subscribers — though his vlogs are often mixed in with promo videos for new films.)

Brag told The Verge he thinks Smith has been successful on YouTube because he’s “raw and real,” and his vlogs feel like he’s giving genuine glimpses into his life the same way YouTubers who didn’t have careers as top Hollywood stars do. “It’s kind of bridging the gap between traditional TV and digital media,” Brag added. “For some creators, it might be intimidating to see someone like Will, but I think it just legitimizes the platform more.”