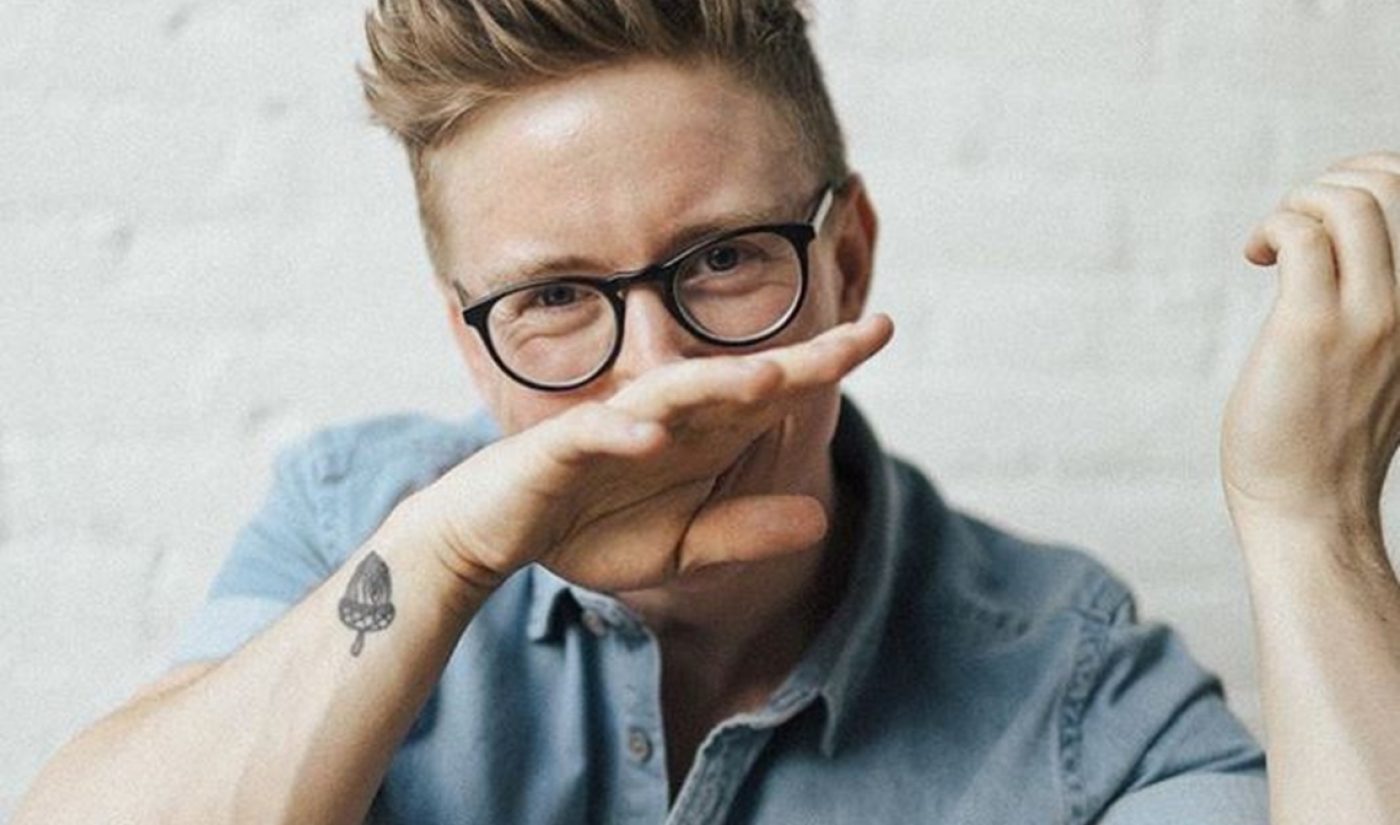 Longtime YouTube star Tyler Oakley, who has become one of the platform’s most prominent LGBTQ voices, has increasingly harnessed his platform for advocacy work in recent years.

Now, in honor of the 20th anniversary of the death of Matthew Shepard — a University Of Wyoming student who was beaten, tortured, and left to die as a result of his sexuality — Oakley is gracing the cover of The Advocate magazine. The storied LGBTQ publication calls Oakley “an icon for a new generation of activists,” and he shares the cover with five other burgeoning figures: transgender musician Gio Bravo: basketball player couple Layana White and Haley Videckis, who sued Pepperdine University for discrimination; Los Angeles poet Edwin Bodney; and bisexual filmmaker Shayna Maci Warner.

In The Advocate, Oakley discusses how his social media presence and activism are LGBTQ increasingly overlapping. “I went to school thinking maybe someday I’ll work for a nonprofit. I had an internship with The Trevor Project,” he said. “I really wanted to work in social media in some way…Social media at its very best is a place where you can feel connected in ways that you might not feel in your everyday life.”

This year, Oakley is pacting with another organization, GLAAD, on its Rising Stars Grant Program, which helps fund young content creators who are seeking to improve the LGBTQ narrative online.

In addition to his work with LGBTQ nonprofits, Oakley has launched his own advocacy ventures, such as Chosen Family, an annual web series showcasing stories of queer resilience, which recurs on his YouTube channel (7.7 million subscribers) every Pride Month. Oakley will also receive the ‘Legacy Award’ at next month’s Streamys — which are produced by Dick Clark Productions and Tubefilter — in the ‘Social Good’ category for his tireless activism over the years.

this is special to me: this month i share @TheAdvocateMag cover with some inspiring LGBTQ+ leaders, each hoping to honor the legacy of Matthew Shepard, 20 years after his death.