YouTube Millionaires: Fisherman And Diver Brandon Jordan Never Knows Where His Next Epic Adventure Will Take Him — And His Viewers 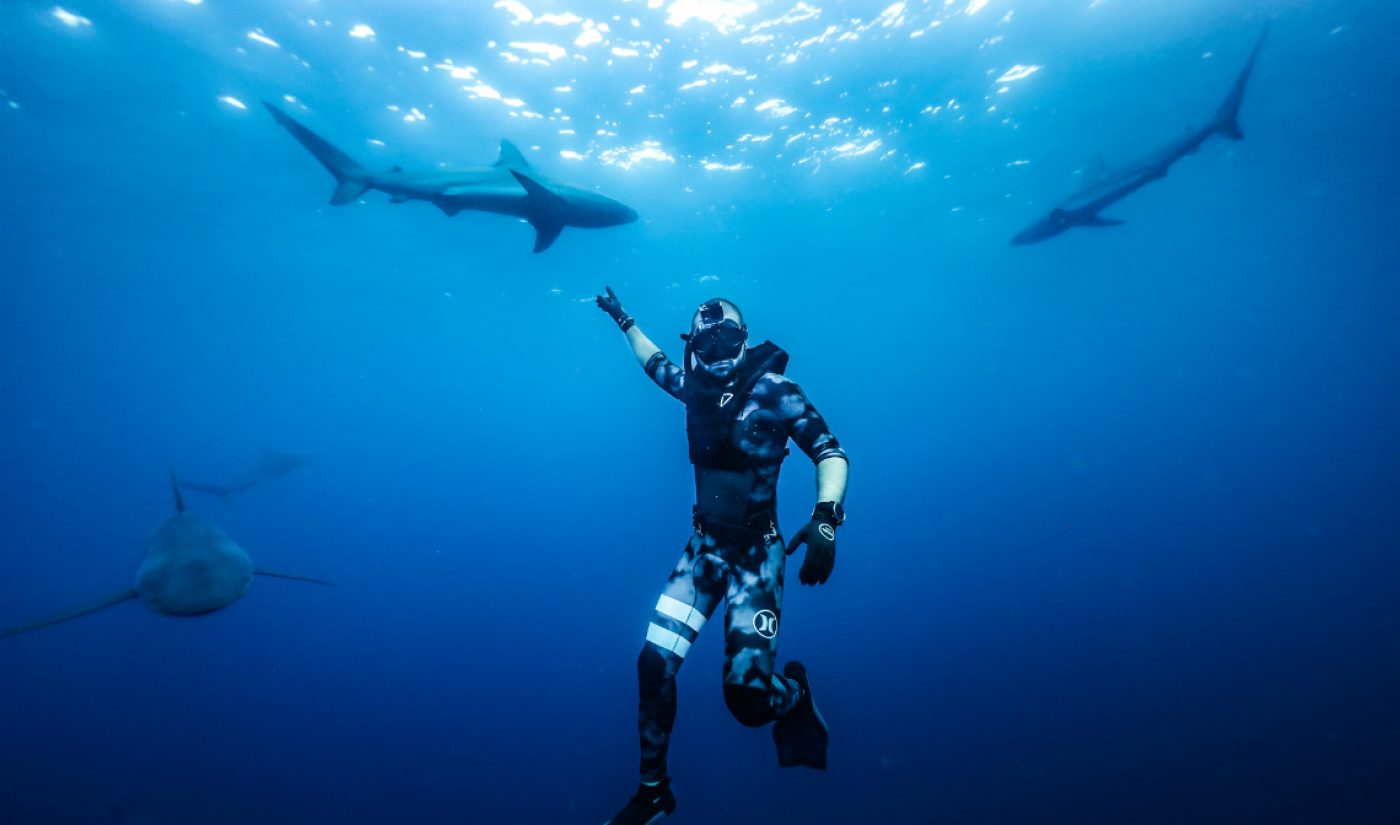 It’s safe to say 23-year-old YouTuber Brandon Jordan is more at home in the water than he is on land. The Florida native is known for his epic fishing skills, but it’s his treasure diving adventures, during which he’s found everything from lost iPhones to a gun involved in an unsolved murder, that are most popular with his million-plus viewers, often garnering view counts in the multimillions.

Jordan’s channel, Jiggin’ With Jordan, is named after a pole fishing practice that involves baiting fish with a specific type of lure, but Jordan also shows viewers how to fish with bows and spears. And though it could be easy to assume an expert fisherman wouldn’t be a fish’s best friend, Jordan’s regularly involved in fish preservation efforts, too.

As his YouTube channel has gotten more popular, Jordan has traveled to far-flung destinations, and he arrived back from the Amazon just in time to chat with Tubefilter about his unusual YouTube origins, his favorite treasure hunting find, and what it means to him to have more than a million fans.

Brandon Jordan: Honestly it feels unreal, it’s such a huge number that I can’t really get a grasp on just how big it is! One thing that I would like to say to my fans is that I never expected to be in a position like this. They are the reason why I get to wake up every morning and pursue something I love, so giant thank you to them. I owe them the world!

BJ: It all started as a class project for college! However, when the class was over, I continued to pursue YouTube! I enjoyed documenting fun adventures I took and sharing them with the small audience I had built.

BJ: I think one thing that makes my voice stand out on YouTube is that I never tried to be a YouTuber. I just started as a class project and things grew way faster than ever expected! That ultimately led me to feeling like I won the lottery every day. I just share my genuine thoughts and ideas in a positive way to my viewers.

TF: Can you talk a little about your background? How did you get into fishing and diving?

BJ: Well, I grew up in Florida, so I have always done all things water ever since I was little. My dad taught me how to fish before I could even walk. I picked up on fishing, and it was something I did to relax, but I always tried to become better and better. The diving part of my life really began with YouTube. We would always go out with my good friend DALLMYD, another YouTuber, and film with him. Now it’s a year later, if you’re looking for me, I’m most likely in the water somewhere!

BJ: My favorite exploration has to be my most recent, where we embarked on an amazing journey into the Amazon jungle. We actually dove in the Amazon River!

My favorite find has to be my very first GoPro Hero 4, which I was able to return to the owner due to the footage on the SD card! This is my favorite because, as a treasure hunter, the GoPro is one rarest items to find. But not only that, we were able to get it back to the owner, which is the cherry on top!

BJ: It’s so hard to pick a favorite! I love going out and creating content for my viewers, I love learning high-end editing techniques to continue to improve the production value of my content. I think most of all, I love sitting in the comment section after I have posted a video and just commenting back and forth with the viewers! It’s always really special.

TF: Encouraging others is clearly very important to you — you created The Inspirational Empire, and you’re not shy about letting people know you’ve struggled financially. Why do you think it’s important to be open about growing from tough experiences and not being afraid to chase your dreams?

BJ: You know, one thing I’ve always believed in is transparency. We have no reason to hide what we have been through. I feel like when you open up that door and show people who you are, it just makes you that much more authentic and relatable to your audience. When they see I’m a real person just like them, I think it shows them how they can attain their dreams as well. I always try to lead by action, and not by my words.

BJ: I never know what is next for my channel! I think that’s the best part! I just have an opportunity come up and I go for it! That may be the part I love most! Just go where the adventures take me!

You can add yourself to the ranks of Jordan’s more-than-a-million YouTube subscribers at his channel YouTube.com/JigginWithJordan.