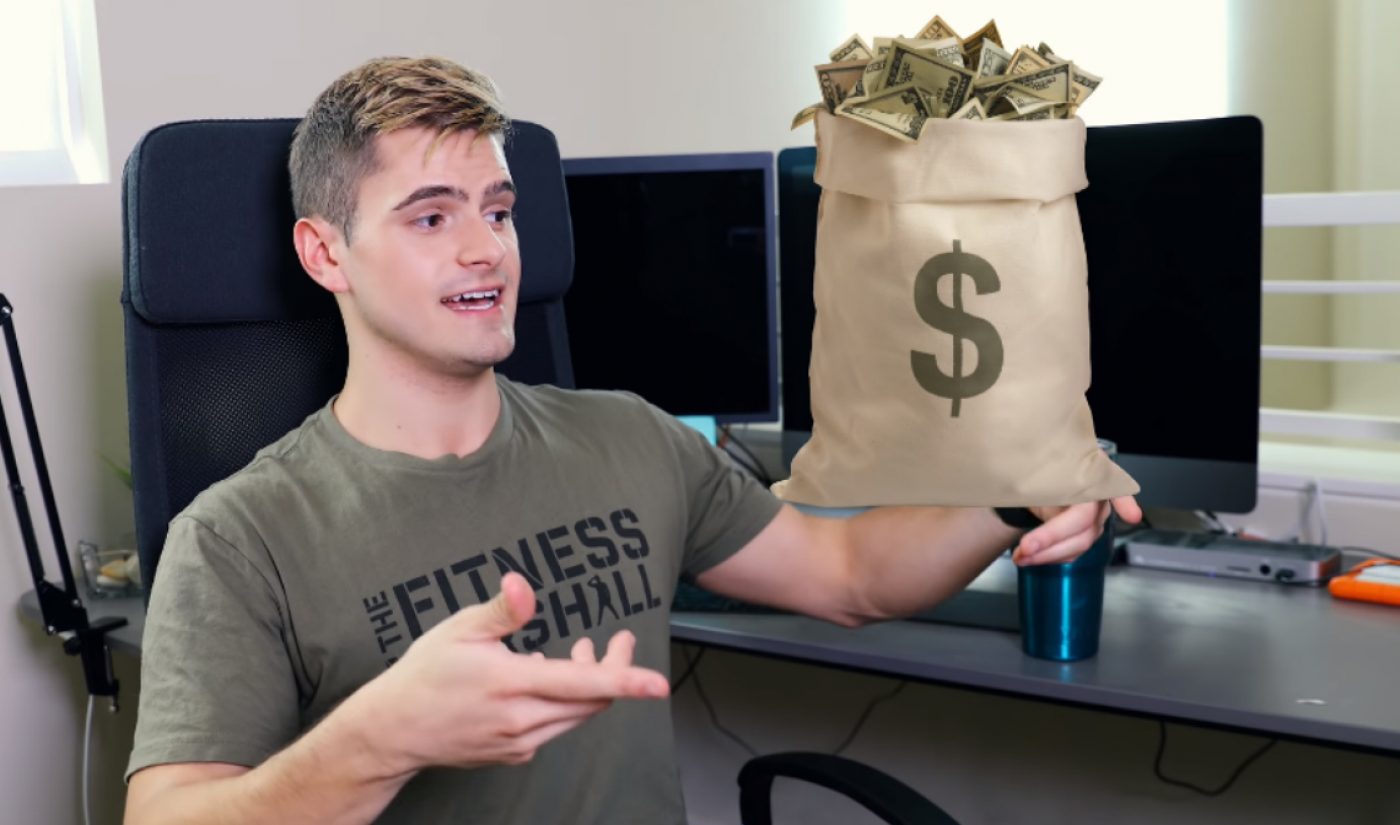 Last week, YouTuber ‘Toobz,’ who has around 5,500 subscribers and recently hit one million views, posted a video detailing his total ad earnings from YouTube to date: a meager $389.07. Now, Caleb Marshall, aka ‘The Fitness Marshall,’ who is substantially more popular than Toobz with nearly 1.4 million subscribers and 215 million lifetime views, has done the same — and the results are similarly slim.

To be clear, Marshall didn’t post the video in response to Toobz’s, but his timing is a convenient coincidence for folks interested in what YouTubers make. In his revenue reveal video (below), Marshall says he was prompted to share his earnings after a commenter called him “another money hungry YouTuber” for releasing a new video early to his YouTube members (who pay $4.99 per month). Marshall wanted to set the record straight and let people know that he does not make as much from YouTube as they may think.

Marshall hit it big on YouTube in 2016, when he went viral after posting a workout dance routine set to Meghan Trainor’s “Me Too.” Trainor tweeted the video out to her millions of followers, and, since then, Marshall has gone on tour and starred in his own show, Life of a Fitness Pop Star (which aired on the recently shuttered Verizon go90).

It may be logical to assume that, with the tours and the show and the substantial viewcounts, Marshall is raking in the bucks. But because Marshall pairs his fitness choreography with popular songs, advertising revenue from the majority of his videos goes to the record labels that produced those songs. And that’s why, out of 147 dance videos, only 11 of them actually bring in ad revenue for Marshall and his team.

Marshall also points out that $17,894.73 is his gross take-home total, not his net. His YouTube network takes a chunk, and then another 30% is eaten up by self-employment tax, which all independent U.S. content creators have to pay on their income. After those expenses, Marshall is left with $11,274.01 — about $2,818 per year. That money is split between himself, his boyfriend/manager, and his two backup dancers. It’s also used to cover production costs, including purchasing new camera equipment.

“So if you think I’m money-hungry because I’m trying to find a way to make more than $2,818 dollars a year, then I’m so sorry,” Marshall quips. “I’m so sorry. We do this because we genuinely love it. It’s literally clearly not for the money at all. The only way that we can keep making videos is if people buy merch, buy tickets to the tour, and sponsor through YouTube.”

Marshall notes that the majority of earnings associated with the Fitness Marshall brand come from his ‘Cardio Concert’ tours, for which tickets are generally about $30 each.