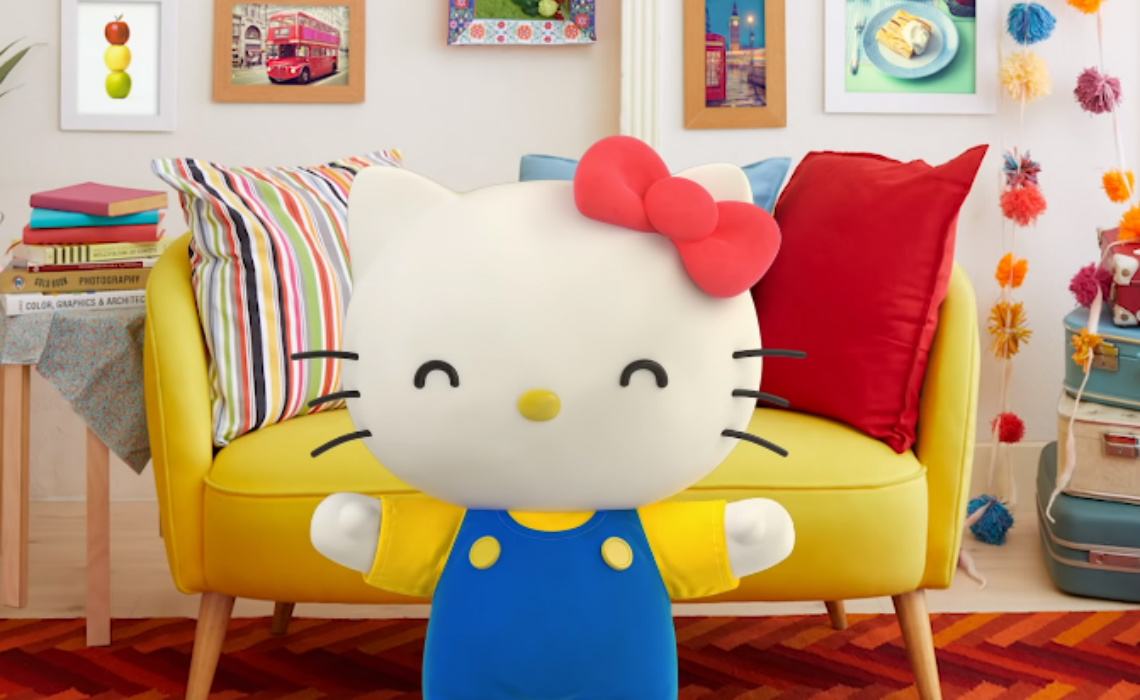 Hello Kitty may be 44 years old (and also, as creator company Sanrio says, eternally a third-grader, and — sorry — not a cat), but she’s proving herself to be as social media-savvy as your average Gen Z’er. Hello Kitty is now vlogging on YouTube, and it’s a chance for fans to see “a glimpse of a Hello Kitty you’ve never seen before.”

She’s only uploaded one video so far, but she already has more than 16,000 subscribers. One catch for U.S. fans — the channel is entirely in Japanese, though English subtitles are provided for each video.

In her first video, Hello Kitty says she joined YouTube because she wants to learn more about other people, and wants to share more about herself. Apparently, her manager and Sanrio tried to warn her off vlogging by telling her how dangerous the internet is, but she was set on trying something new. She adds that she hopes she can encourage her viewers to be persistent and not be closed to new experiences.

Hello Kitty isn’t the only children’s toy to start vlogging. Barbie launched her own channel in 2015, and still vlogs regularly to her 4.8 million subscribers. Her latest video, uploaded Aug. 27, has nearly 100,000 views, while her most popular vlog clock in at more than 4.9 million.