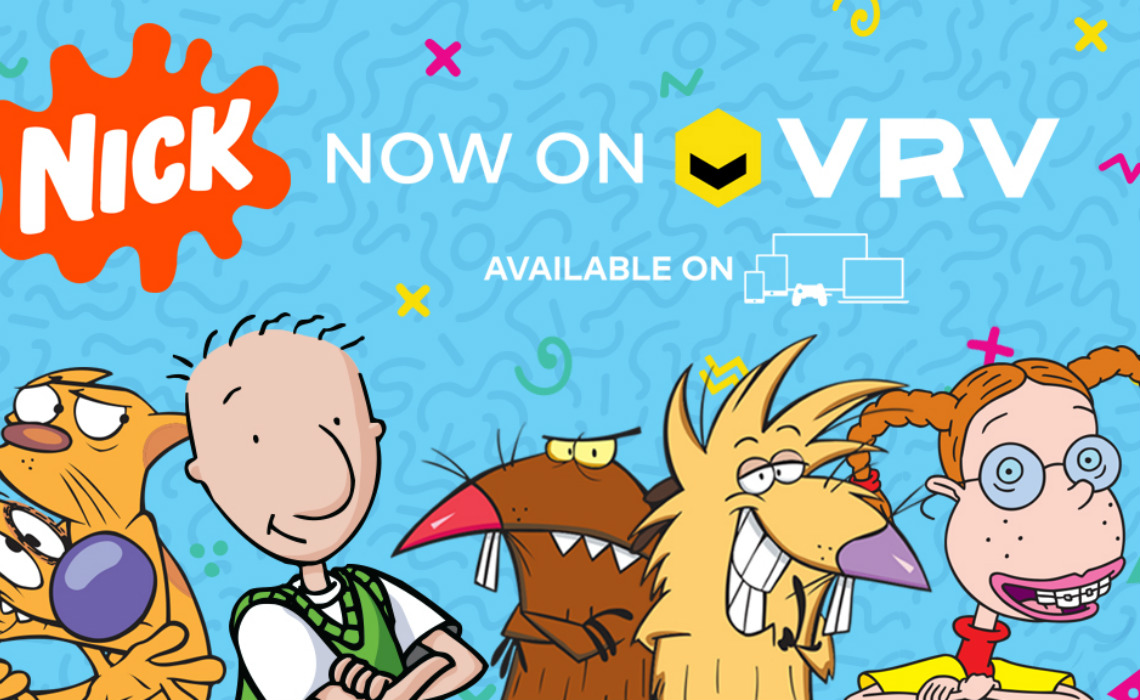 Nickelodeon Partners With VRV To Launch Streaming Channel For Nostalgic ’90s Shows Like ‘Doug’, ‘Are You Afraid Of The Dark?’

Stellar news for ’90s kids: Nickelodeon has partnered with fandom-focused content aggregator and SVOD platform VRV to launch a channel full of its hit ’90s shows, including The Wild Thornberrys, Doug, CatDog, Are You Afraid of the Dark?, and Rocko’s Modern Life.

The channel, NickSplat, is live now, and will feature a rotating roster of around 30 animated and live-action ’90s shows. Access is $4.99 per month for NickSplat alone, but it’s also bundled into VRV’s premium combo pack, which is $9.99/month and also includes channels from Crunchyroll, Rooster Teeth, Shudder, and Geek & Sundry.

“Using the VRV platform, our goal is to empower both traditional media and popular digital brands to launch or extend their OTT channel presence,” Eric Berman, head of content partnerships at VRV, said in a statement. “We’re very proud to be the premiere launch partner to bring a NickSplat channel into SVOD and share these nostalgic series so our passionate audience can fall in love with them all over again.”

VRV will be marking the NickSplat channel launch with a tour of events across the U.S., which will kick off in Santa Monica, Calif., Sept. 7-9. The Santa Monica event will feature showings of Nick cartoons, a cereal bar, and more. Details about future events will be announced at a later date.

Viewers can watch NickSplat (and all other VRV channels) on Xbox One, PS4, Apple TV, Roku, Fire TV, Android TV, Chromecast, and through apps for Android and iOS.