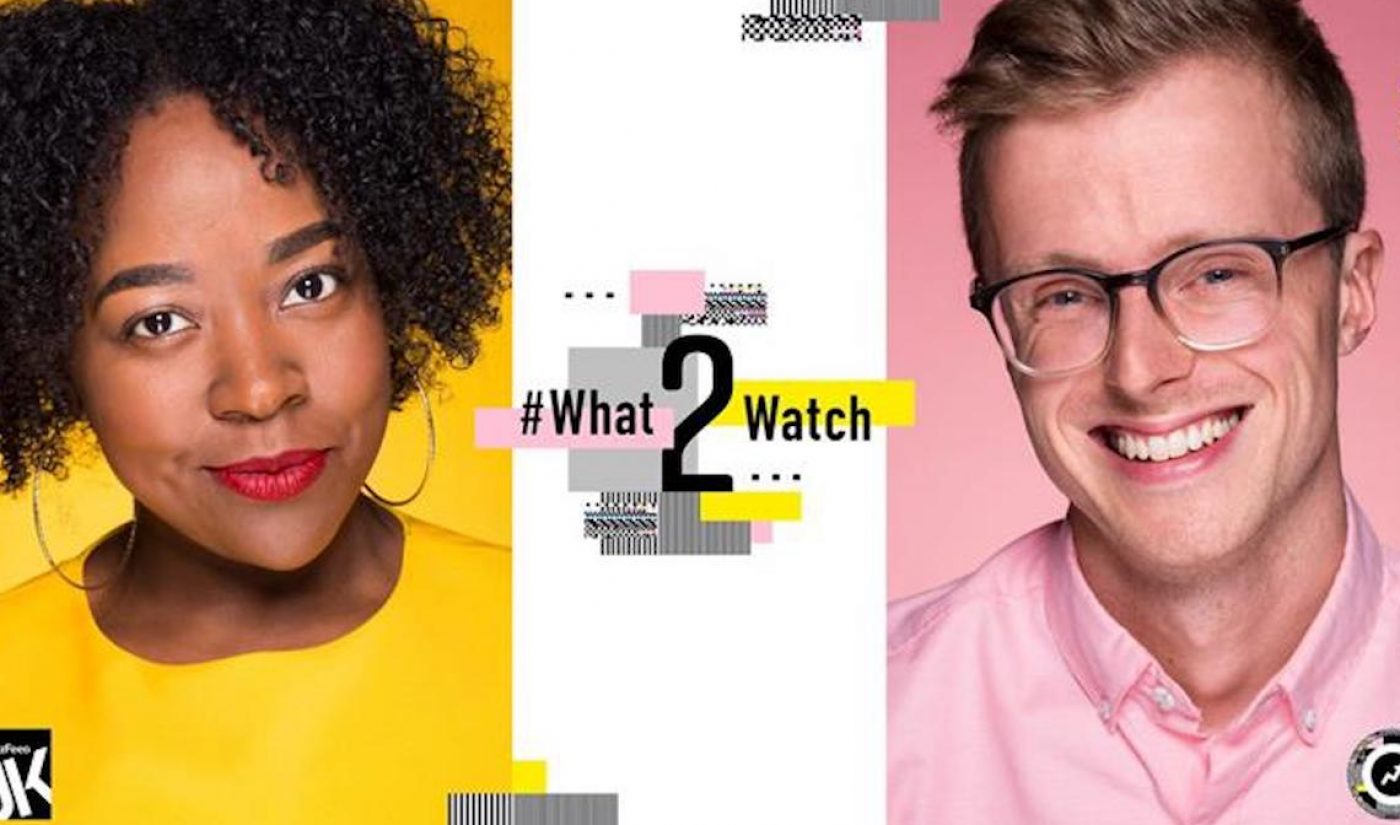 A year after announcing its live Twitter news show AM To DM, BuzzFeed is working on another series for the social media platform.

Called #What2Watch, BuzzFeed’s latest collaboration with Twitter will focus on reviewing television shows. Scott Bryan, a TV editor at BuzzFeed UK, will host the series with the company’s social media editor, Dionne Grant. The show was announced today during the Edinburgh Television Festival (at which a number of digital platforms are apparently making news) and is set to launch sometime later this year.

#What2Watch came out of a Twitter observation from Bryan, in which he noted television review shows are far less prevalent than series discussing movies (cases in point), according to Variety. The show will attempt to fill that space with a weekly, 40-minute spot that will stream live on Twitter. During each episode, the hosts will discuss the highs and lows of TV content that week, as well as interview the shows’ stars.

Twitter’s managing director in the UK, Dara Nasr, noted Twitter users’ enthusiasm for TV in calling #What2Watch “the perfect show for us,” according to Variety, while Grant described how many Twitter users tweet and watch television simultaneously. Twitter reports 69% of its users watch network television daily, while 32 million tweets have remarked on TV shows so far this year.

BuzzFeed’s new Twitter collaboration will stream for free. Advertising will appear alongside the live episodes down the line, likely from streaming services and broadcasters.

BuzzFeed has already seen success on Twitter with AM To DM, which brings in about 1 million views per episode on the social platform. The news show does this by integrating seamlessly into the conversations already happening on Twitter, host Isaac Fitzgerald told Tubefilter back in February. It appears that #What2Watch has a similar strategy in mind.