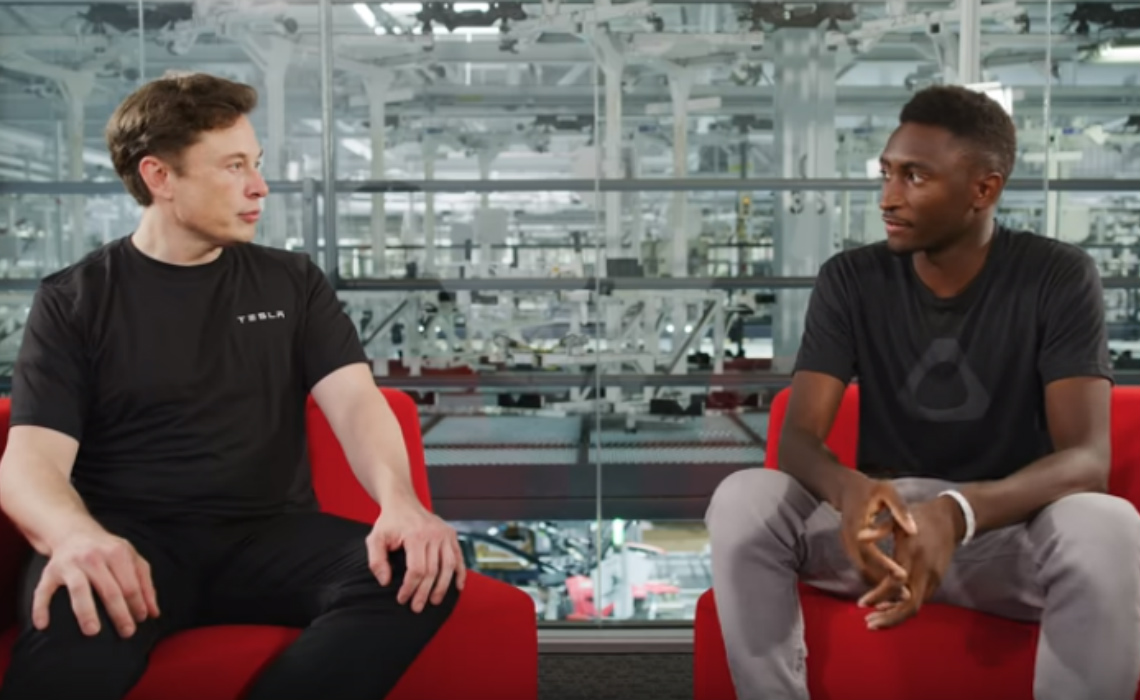 It’s been a rough couple of weeks for Tesla founder and CEO Elon Musk. After his now-infamous tweet about having “funding secured” to take Tesla private once its share price reached $420, the company is reportedly facing investigation from the Securities And Exchange Commission, and stock has dropped below $300 following Musk’s emotional interview with The New York Times.

But none of Musk’s troubles are on the table in his new interview with YouTuber Marques Brownlee, aka MKBHD, which was filmed one day before the Times story went live. The two sat down for a lighthearted 17-minute chat in Tesla’s Fremont, Calif., headquarters factory, where Musk — who has said he’s a “big fan” of Brownlee — mostly talked about what he sees in store for the future of Tesla products.

He thinks Tesla could develop a less expensive car with “design and technology improvements, as well as scale,” he told Brownlee, who is a Tesla car owner. “I think in order for us to get to, let’s say, a $25,000 car, that’s something we could do. But it’s probably — if we work really hard — I think maybe we could do that in three years.”

Musk also discussed the nuances of production, including automation versus human roles, and said that the company had previously made a mistake trying to more fully automate the general assembly process. However, Musk didn’t offer — and wasn’t asked for — details about how Tesla plans to ramp up assembly to hit those production goals, especially if the company goes private.

This is not the first time Musk has courted softer questions from the YouTube community in lieu of scrutiny from industry experts or journalists. During Tesla’s first-quarter earnings call in May, Musk brushed off what he called “boring, bonehead questions” about Tesla’s financial health from high-level analysts in favor of hearing from YouTuber and Tesla shareholder Galileo Russell, who runs HyperChange TV. Like Brownlee, Russell asked Musk about Tesla’s technology and future plans rather than Tesla’s financial solvency.

Brownlee plans to release a follow-up video with a tour of the Fremont factory. For now, you can see his full interview with Musk below: