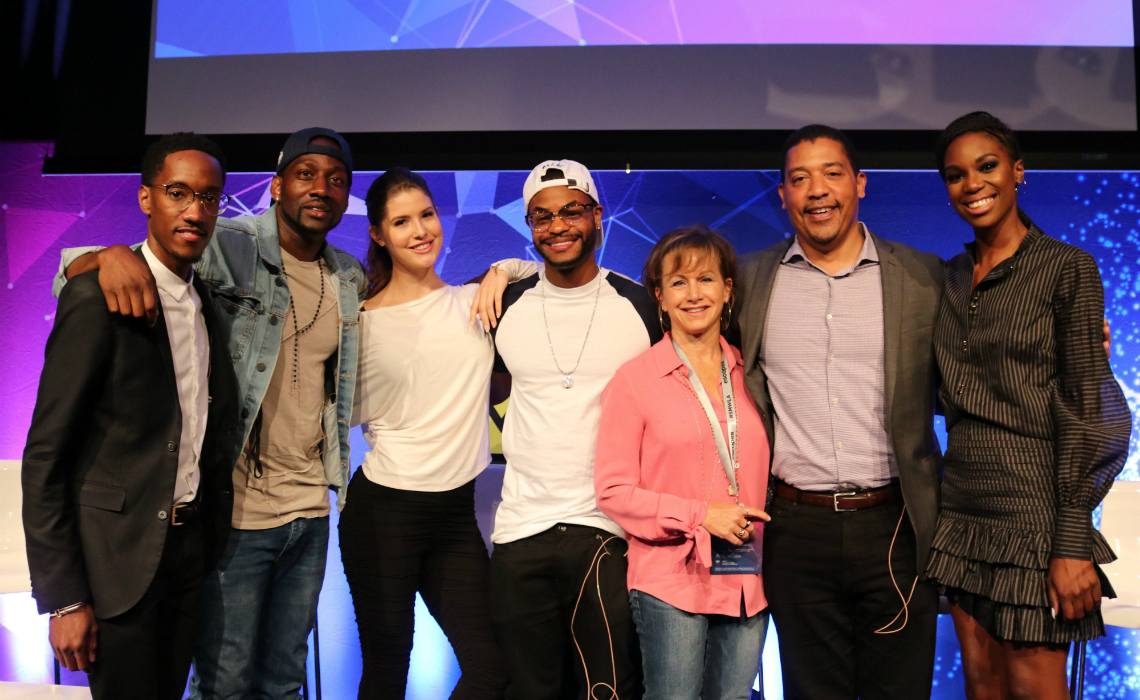 Back in June 2018, the labor union SAG-AFTRA (aka Screen Actors Guild-American Federation of Television and Radio Artists) made headlines by signing what it called a “historic” deal with subscription video on-demand service Zeus. The video platform lists newfangled celebrities and influential powerhouses Amanda Cerny, DeStorm Power, and Andrew ‘King Bach’ Bachelor among its co-founders. Zeus’s partnership with the 80-something-year-old entertainment institution (SAG was started in 1932, AFTRA in 1937) is meant to protect those stars, other Zeus creators, and the digital content they all create.

The deal received that “historic” qualifier because it also represents the first major accomplishment of SAG-AFTRA’s new concerted effort to entice digital media creators to join its more than 160,000 member union by affording them the same rights and services it’s been giving the traditional entertainment set for the better part of the last century.

The digital media industry as it stands is “very unfair” and “very unbalanced,” according to David White, SAG-AFTRA’s National Executive Director and Chief Negotiator. And he believes it’s about time that changed.

SAG-AFTRA was formed in 2012, when SAG and AFTRA — both giants in traditional media like film and radio — crosshatched into an organization representing content creators in virtually all significant creative spaces. That was all well and good for film and television actors, journalists, radio personalties, recording artists, singers, voiceover actors and more (who now had a larger single organization negotiating on their behalf), but it didn’t mean much for online video creators. They simply didn’t exist en masse back then the way they do today, commanding five- and six-figure paychecks for Instagram posts and changing the rules of marketing in nearly every consumer vertical.

In 2012, the aforementioned Cerny and Bachelor didn’t even have active YouTube channels (DeStorm is an OG YouTuber who started his channel in 2006), and the Vine platform that propelled their careers into superstar status was barely being coded. Now they have over 70 million aggregate social media subscribers and followers between them.

A New Deal For A Maturing Space

The space has since matured. And White, a Stanford law school graduate and lauded industry insider, tells Tubefilter protections for creators are absolutely necessary as it continues to grow, because right now, the odds are stacked against movers and makers.

Many creators don’t realize until later in their careers how truly skilled they are, often giving platforms or brands content and promotion in exchange for compensation that’s little more than “scraps from the table,” White says. Even veteran creators can be locked in to bad deals that may result in their image being used in more ways or for a longer period time than what they initially anticipated. One set of terms can cut creators off from future deals with other brands, inhibiting the work they can do for competitors for the length of their careers, White notes.

“One general rule of thumb out there is that for content creators, their first five deals are terrible for them,” White tells Tubefilter. “They’re just so excited that somebody’s paying attention to them and is willing to give them a dollar for the work they think is fun.”

This is where SAG-AFTRA comes in. It’s a massive organization that can exert a lot of leverage at a number of bargaining tables. “We know there are many protections to which creators should be entitled, but they just can’t get leverage negotiating,” White says. “You can only really get them through collective action.”

Collective Action And Sharing Information In The Family

White says that with the aid of that collective action, SAG-AFTRA offers four core protections and services for its creator members.

Put simply, those protections are: 1) developing standards for relationships between creators and the entities that partner with and profit from them; 2) healthcare (which your average online content creator probably cares a lot about right now); 3) retirement planning (which your average online content creator may not care about at the present moment, but will in another decade or two); and 4) setting fair minimum compensation that can be negotiated up by creators who are more experienced.

Members also have access to a legal team and a research team who can, White says as an example, investigate cases in which a creator’s image has been exploited without their knowledge or even beyond the terms of the contract they signed.

Part of the problem SAG-AFTRA is hoping to fix is that deal terms can be “all over the map.”

“These companies can basically do what they want, and they can do it individually with one person and have a whole set of different demands with another professional,” White explains. “That lack of standardization isn’t good for the creators, and frankly, we don’t believe it’s good for the employers, either.”

SAG-AFTRA’s clout and the relationships it’s building with creators, platforms, and brands also offer members some protections beyond what’s decided at the negotiating table. Issues creators run into could be solved for members with a phone call from SAG-AFTRA instead of a “going to war” in a protracted legal battle, White says. He thinks that by building these relationships with digital media companies and helping adopt, maintain, and enforce standards for its members, SAG-AFTRA will be able to help the industry as a whole become more balanced.

Get Educated (And Take The Surveys)

A key component in achieving all of SAG-AFTRA’s aims for content creators is the need to band together and share information. “It’s difficult to do that on your own,” White acknowledges. “The easiest way to do that is to become part of our family.” And in doing so, the revenue opportunities and protections can only increase. “Being a member of our family can put more money into the bucket for creators,” White adds.

But content creators don’t have to be SAG-AFTRA members to protect themselves, says White. Everyone has access to information available on SAG-AFTRA’s website, and whether creators want to be members or not, they should “bone up on research,” White says, and build a network of other creators in their space so they can share information and advocate for themselves together.

“Brands are taking advantage of the lack of information and the lack of collective action on the part of content creators,” he explains. “[Creators] are not given their market value, and the more content creators realize that, and band together, the more balanced the relationship becomes between creator and the brand.”

To help content creators get the protections they need, SAG-AFTRA is releasing a survey. Data collected from the survey will help SAG-AFTRA know the areas in which creators need support, and will help it improve the information it publishes for free to aid content creators in recognizing industrial standards and negotiating deals that are fair in compensation, and in the rights they sign over to platforms and brands.

There are two versions of the survey: one for content creators themselves; and one for their representatives. Both can be taken anonymously.

“We can put this broad set of information freely into the hands of our members and the world,” says White. “Our end goal is to maximize creators’ flexibility and their mobility in this space while also maximizing the protections they carry with them over the course of their careers.”