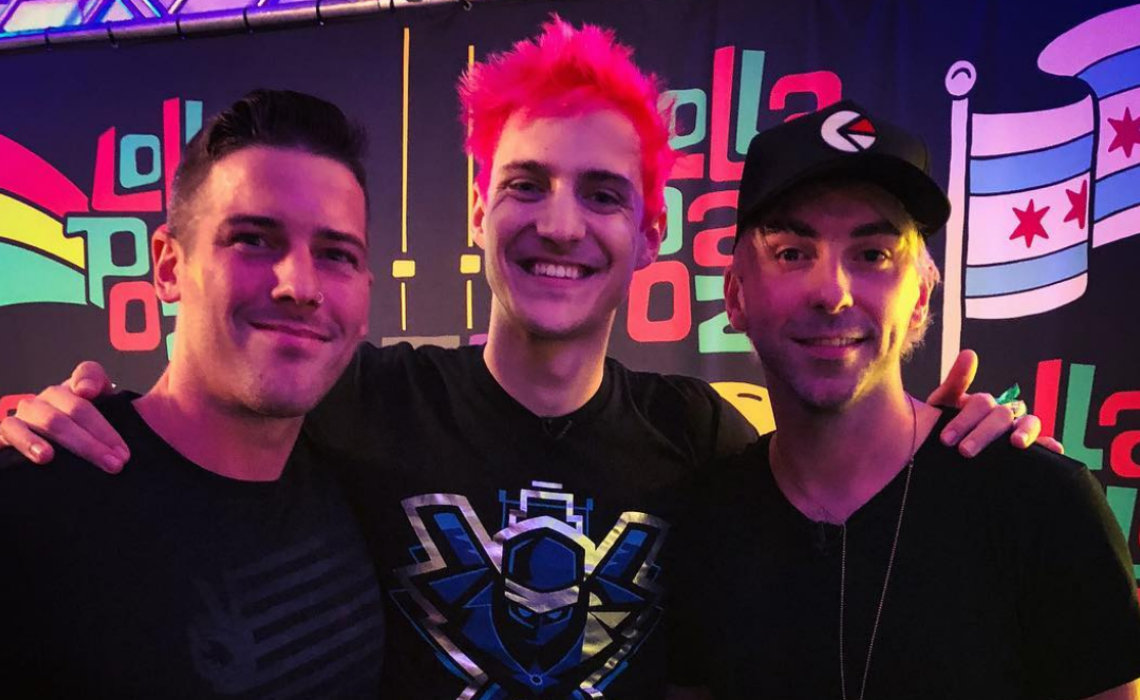 It’s the second day of massive music festival Lollapalooza, but thanks to Twitch and one of its biggest stars, it’s not just music fans who will get something out of this year’s four-day event. Lollapalooza announced via Twitter that Tyler ‘Ninja’ Blevins, Twitch’s most-watched streamer (who also recently won the first Fornite Celebrity Pro-Am tournament and hit 10 million subscribers on YouTube), is currently streaming Fortnite matches and other games live from Lollapalooza backstage, going head-to-head with musicians and other special guests.

Blevins has been streaming since yesterday, when he challenged members of band All Time Low (pictured above). In addition to his gameplay being streamed on Twitch, which currently has about 80,000 active viewers, games are being shown on screens at the festival. Lollapalooza still has two full days to go, so fans can expect a lot more Ninja content as the festival rolls through the weekend.

It’s no surprise Blevins is the one streaming from Lollapalooza; his number of paying Twitch subscribers skyrocketed back in March after he co-streamed a few Fortnite: Battle Royale rounds with none other than rapper Drake. The stream attracted more than 635,000 concurrent viewers at its peak, making it the most viewed non-tournament Twitch stream of all time.

Looking ahead, it’s possible that fans will see Blevins at the first-ever Fornite World Cup — although he’s been somewhat closemouthed about his future in esports, telling Dexerto after his Pro-Am win that “we will have to wait and see” when it comes to getting back into pro gaming. (Blevins is a former pro Halo player.)

Fans can catch up on all of Ninja’s Lollapalooza streaming on his Twitch channel.