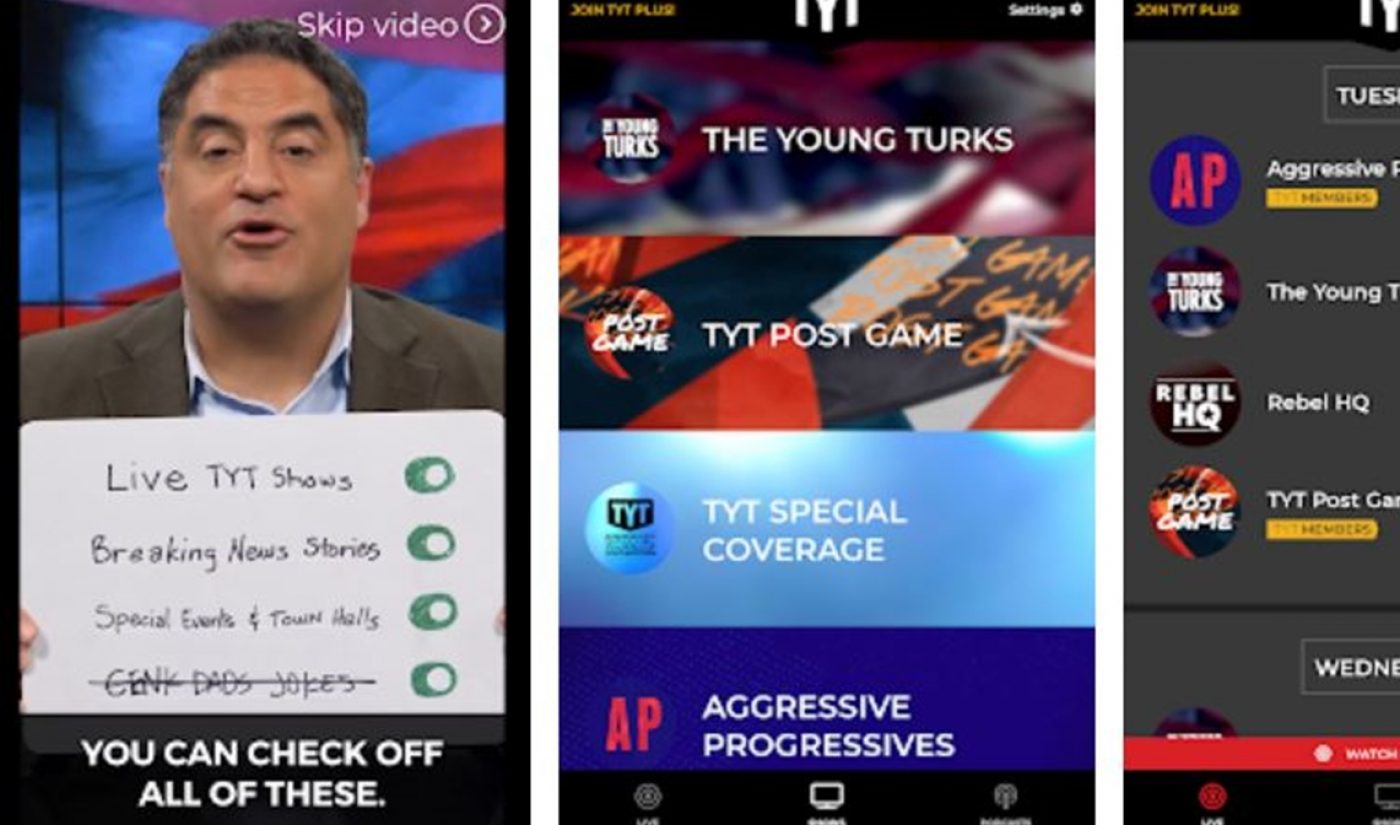 The Young Turks (TYT Network) is continuing to proliferate its distribution model — this time with the rollout of a native app dubbed TYT Plus that the progressive news network notes is arriving ahead of the midterm elections.

The app launched on iOS devices last April, and today rolls out to Android — on which TYT says it derives 50% of all mobile traffic. While some content will be available for free, subscribers can pay $4.99 per month for a fully-stocked ad-free hub of live broadcasts, VOD content, and podcasts. “TYT Plus lets our fans have all of TYT in one place, where they spend most of their time online — on their mobile device,” the company’s CEO, Cenk Uygur, said in a statement.

The Android app will feature brand new shows like the Ana Kasparian-hosted #NoFilter and John Iadarola’s The Damage Report, which premiered as part of the company’s YouTube TV linear channel lineup in May, as well as podcasts including Nina Turner’s We The People and Touré’s Touré Show — both of which were part of the launch slate of TYT’s nascent audio network, forged in collaboration with Panoply Media.

In addition to the new apps, audio network, and YouTube TV channel, TYT also said that it will unveil a wholly revamped website at TYT.com later this year.