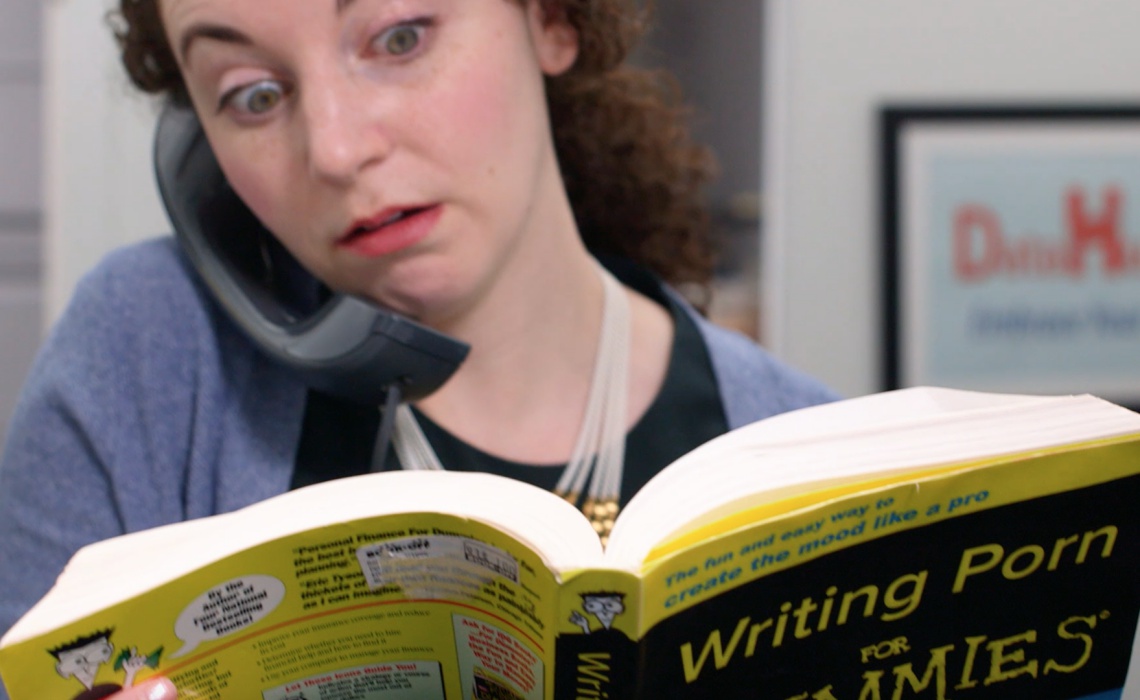 The episodes of Brenner’s semi-sexy tale follow a basic skeleton: They begin with Molly on the phone discussing the latest twist in her porn-writing career. After a few quick jokes, Molly meets with one of her company’s employees and addresses their respective quirks. Finally, in the last scene of each installment, we see how the odd conversation we witnessed works itself into Molly’s NSFW hobby.

The first episode of Human Resources features Marshall Stratton, who is one-half of the excellent comedy duo Coker & Stratton.

Human Resources is a simple and effective show. The jokes come easily and plenty of them land. For the sheer ingenuity of Brenner’s premise alone, the four episodes of Human Resources that are available on YouTube are worth checking out.

Got a series you’d like to see featured in the Indie Spotlight? Be sure to contact us here. For best coverage, please include a full episode in your e-mail.t