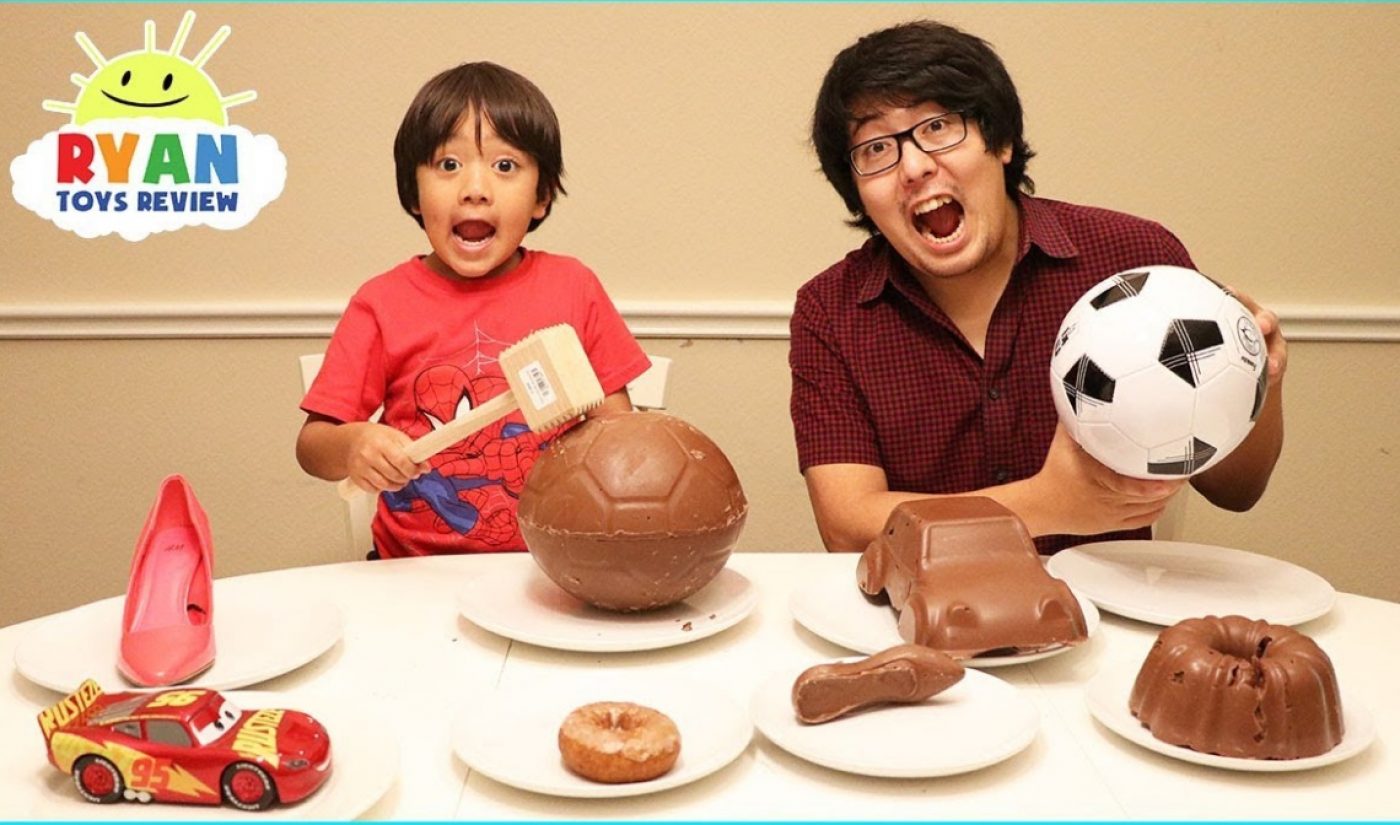 Pocket.watch is teaming up with one of the largest media companies in the US. The digital studio and network, known for working with family-friendly online video creators who command huge audiences — like Ryan ToysReview (pictured above), EvanTubeHD, and HobbyKidsTV — has announced a $15 million Series B funding round led by Viacom.

With its newfound capital, Pocket.watch will continue to expand the reach of its content and advertising while continuing to link up with top kids channels. Viacom Media Networks COO Sarah Levy will join the Pocket.watch board, and the two companies are expected to team up for programming ventures that will be released across digital platforms and TV.

One of Pocket.watch’s top execs has a significant tie to Viacom. Albie Hecht, the network’s Chief Creative Officer, had a memorable stint as the President of Viacom-owned Nickelodeon, during which he oversaw the development of shows like SpongeBob SquarePants.

The funding round follows Pocket.watch’s $6 million Series A, which it announced in March 2017. Since then, CEO Chris M. Williams and his team have been very busy. They have inked several of their most notable partnerships, announced a deal to make products inspired by those partners, and revealed Skoogle, a sketch comedy show that will star Kenan Thompson.

“We started Pocket.watch with the understanding that kids today consume entertainment in entirely new ways and in order to reach them, brands have to go to where they are and celebrate the things they love,” said Williams in a press release. “In just a little over a year since Pocket.watch’s launch, we’ve seen our business grow exponentially and we are thrilled that a legendary media company like Viacom shares our enthusiasm and chose to lead our Series B and partner with us to help bring our new and powerful approach to audiences around the world.”

In total, Pocket.watch has raised $21 million to date. You can check out all their investors, executives, and programming and press highlights at Pocket.watch.