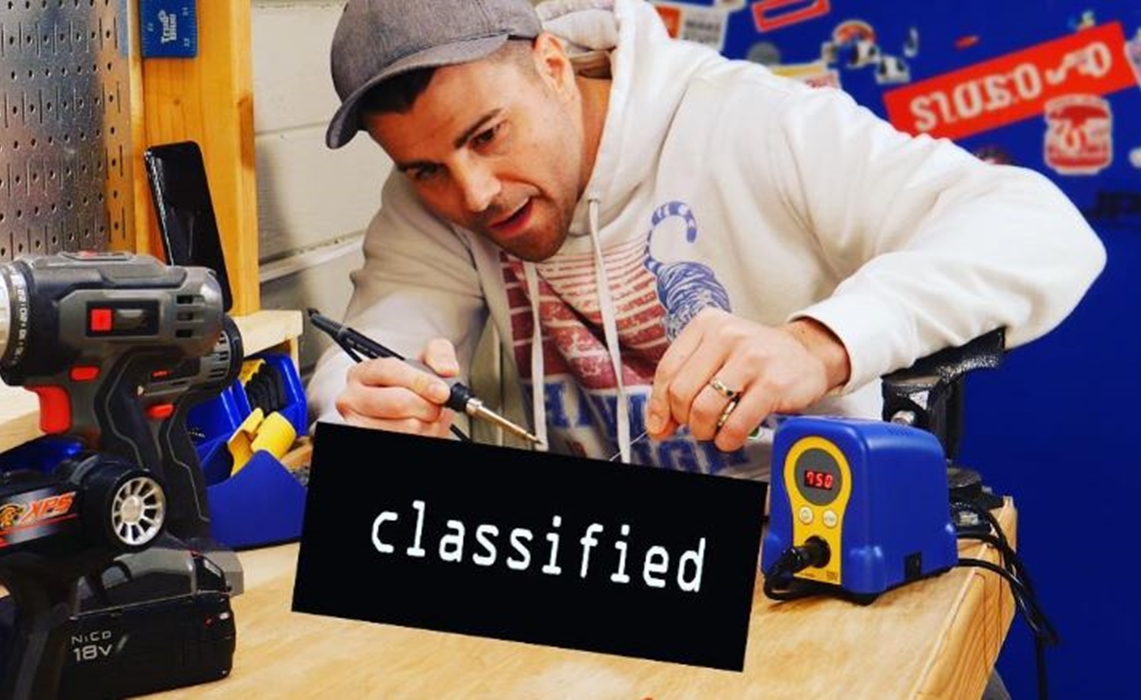 Rumors have surrounded Apple’s push into driverless cars for years, with CEO Tim Cook confirming last year that rather than developing vehicles, the company was focused on helming pertinent software and systems for third-party manufacturers.

On this quest, it turns out that the tech giant has enlisted one of YouTube‘s biggest science creators — engineer Mark Rober, who has amassed 3.4 million subscribers and 454 lifetime million views thanks to a bevy of educational clips, DIY tutorials, and science stunts. Rober, 38, has quietly been working as an engineer within Apple’s secretive special projects group for years, reports Variety, with a focus on developing VR technology that could serve as on-board entertainment for self-driving car passengers.

Variety notes that Rober changed his LinkedIn profile to reflect the fact that he was working as a product design engineer at an unnamed tech company in June 2015. And in an ‘Ask Me Anything’ session on Reddit last year, Robert confirmed that he was employed at a large tech company that had asked him not to disclose its name. This spring, Apple filed patents for two types of displays bearing Rober’s name, which could potentially be used by passengers in automonous vehicles — an immersive virtual display and an augmented virtual display.

Prior to joining Apple, Rober was VP of new product design at Morph Costumes and a mechanical engineer within NASA‘s Jet Propulsion Laboratory (JPL), according to his LinkedIn page. Rober’s most popular YouTube videos include the viral smashes Skin A Watermelon Party Trick (96 million views) and How To Survive A Grenade Blast (38 million views).