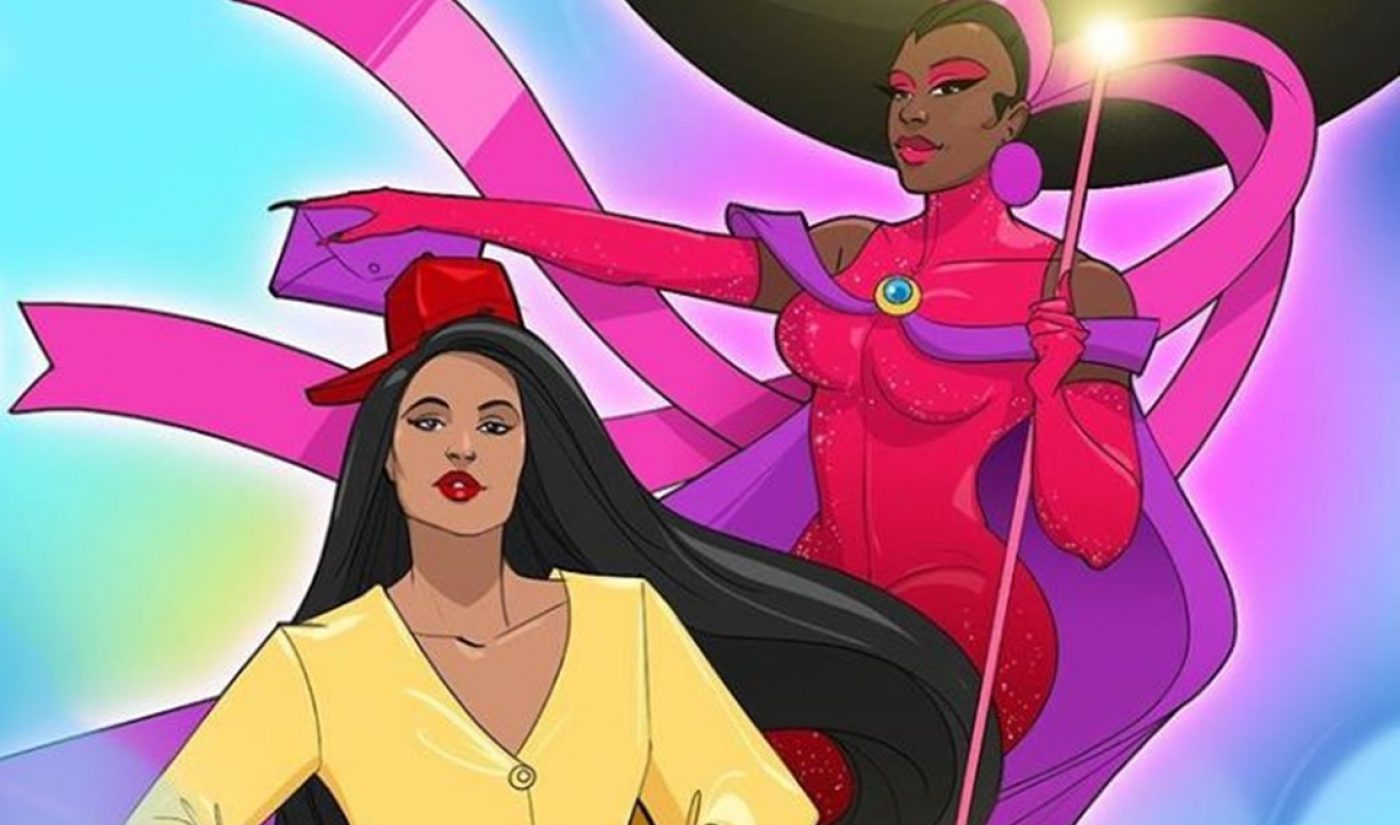 Kickass Drag Queen is written by Bob The Drag Queen (né Christopher Caldwell) — who won the eighth season of the acclaimed reality competition series RuPaul’s Drag Race — and illustrated by collaborator Matteo Lane. The series’ Instagram account launched in August 2017, and follows the exploits of a drag queen superhero inspired by Bob — who in the first installment rescues a defenseless “pocket gay” from two muscular bullies. Other villains are modeled after fellow Drag Race stars Kim Chi (who goes by Slim Chi in the series) as well as RuPaul himself (who goes by Rude Paul).

“Warning: your wig may fly,” Singh shared on Instagram to herald the forthcoming series. (It is unclear whether she will appear on the show or if Lane simply animated her alongside Bob for the announcement art). “Then, when you find it and finally place it upon your scalp, it’ll fly again. And again.”

At Unicorn Island Productions, Singh will serve as writer, director, and producer on stories that she says aim to highlight “under-serviced voices.” Unicorn Island, which will be led by Mashable vet Polly Auritt, will develop a slate of comedy, animation, horror, and unscripted projects for film, television, and digital distribution. Other forthcoming projects include an adaptation of Singh’s How To Be A Bawse book and an animated series inspired by the ‘Unicorn Island’ concept — a phrase that Singh has long used in her work to symbolize her happy place.