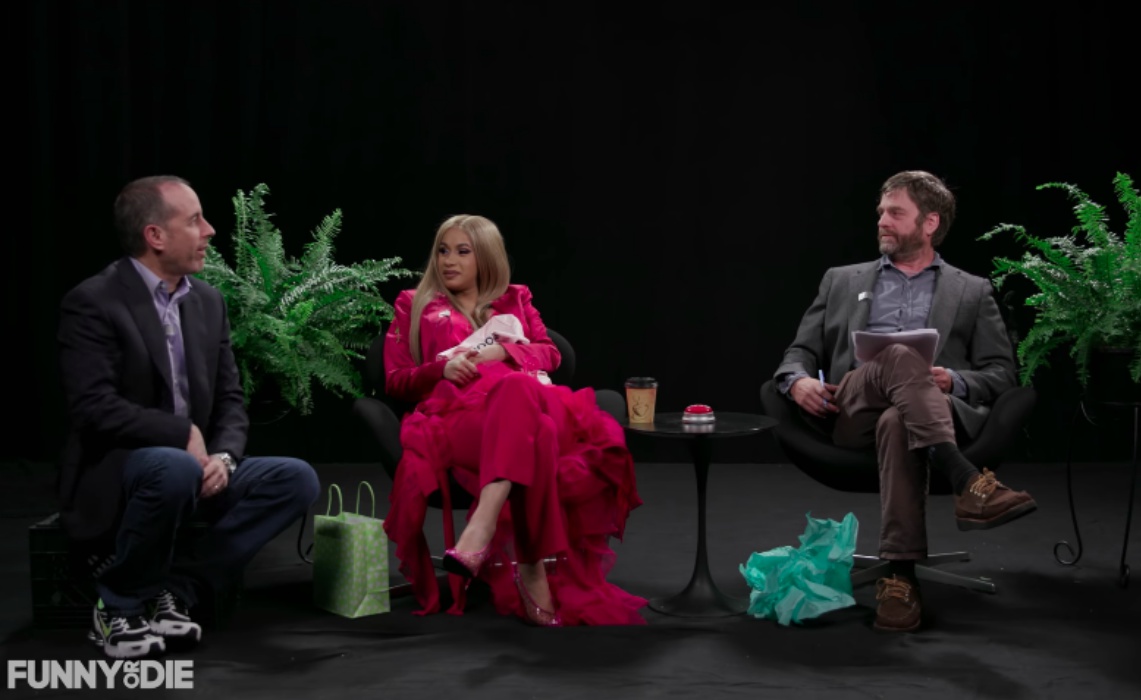 For the first time in nearly nine months, there is a new episode of Between Two Ferns with Zach Galifianakis for comedy fans to feast on. The legendary web series, in which Galifianakis conducts awkward interviews with his celebrity guests, has returned to Funny Or Die with an installment that features TV star Jerry Seinfeld and rapper Cardi B.

In the episode, Galifianakis is up to his usual tricks; he refers to Seinfeld’s Netflix series Comedians In Cars Getting Coffee as “lazy car-based comedy,” implies that Jerry has Seinfeld showrunner Larry David to thank for his fame, and forces the former sitcom star to interact with his old castmate, Wayne Knight. Eventually, Cardi B — a “better guest,” per Galifianakis — shows up for a cameo of her own.

The new Between Two Ferns episode arrived one week after Seinfeld shared a teaser for the new season of Comedians In Cars Getting Coffee, which will premiere on July 6. Cardi B, meanwhile, is still basking in the glow of her debut LP Invasion of Privacy, which arrived in April to positive reviews.

Since 2013, only four new episodes of Between Two Ferns have been released: This one, a 2014 chat with Brad Pitt, and two politically-charged interviews. Galifianakis sat down with Barack Obama for a memorable conversation in 2014 and followed that up by talking with Hillary Clinton during her 2016 presidential run. Both of those episodes received tens of millions of views, and the new installment is likely to put up big numbers as well. Perhaps it will be just the jolt Funny or Die needs.