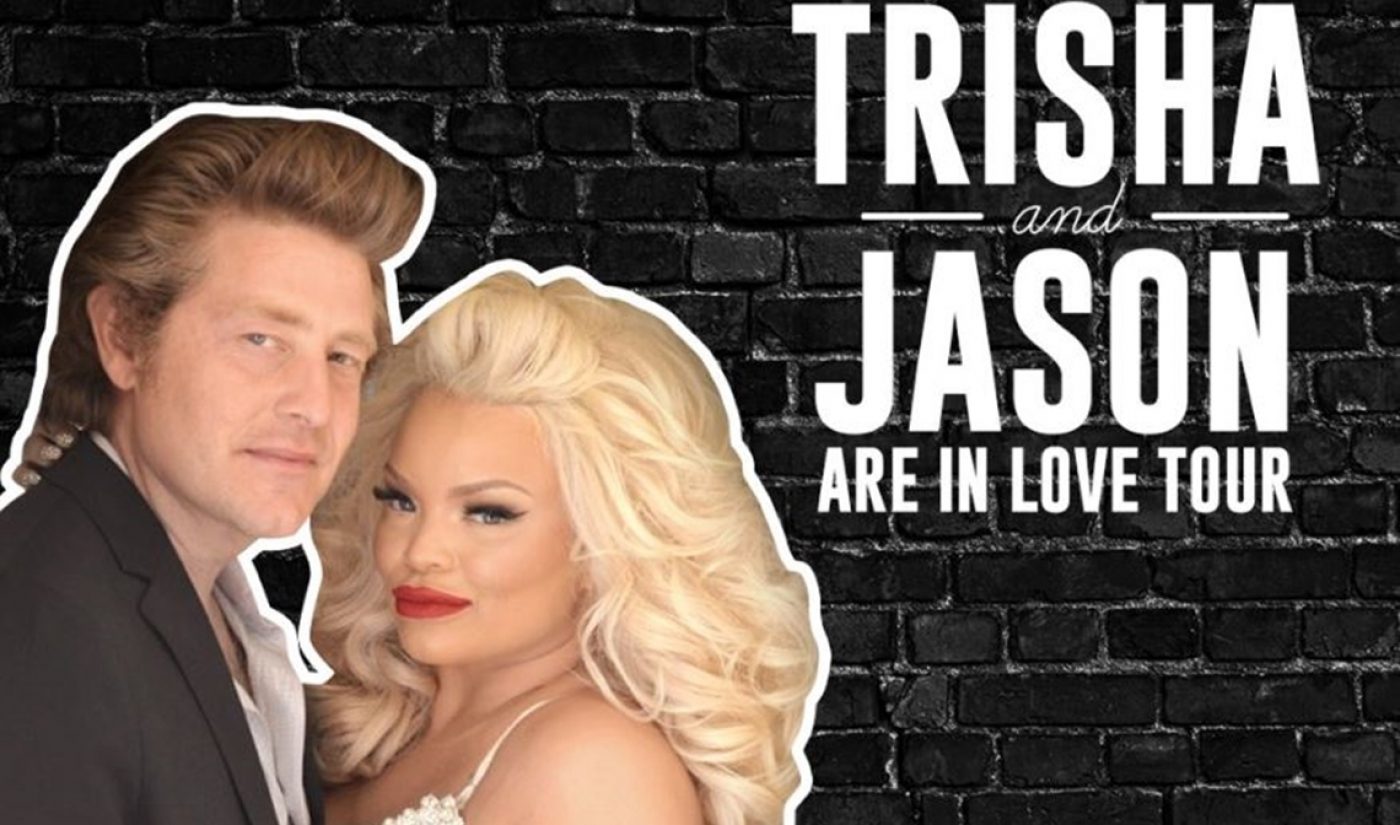 One of YouTube’s most beloved — and tumultuous — romantic duos is slated to hit the road this summer with a tour celebrating their unlikely love story.

Mukbang queen Trisha Paytas and comedy vlogger Jason Nash will headline a Fullscreen Live-produced show dubbed Trisha & Jason Are In Love. While only one date is scheduled thus far — on July 21 at the Yost Theater in Anaheim, Calif. — the couple said that additional stops will likely be announced in the future. It is unknown what exactly the show will entail, though a description on Fullscreen’s website promises laughs, dancing, challenges, and more.

General admission tickets begin at $20, though all-access VIP seats are available for $250 — including a pre-show pizza mukbang (or binge-eating session) with Paytas and Nash, exclusive merch, a photo, and autographs. $60 and $150 ticket options are also available.

Both Paytas and Nash achieved substantial YouTube fame in their own respective fields before hooking up as a veritable power couple. Paytas, who has been on YouTube for over a decade, is perhaps best known for her eating shows and music videos. She previously competed on the hit U.K. reality series Celebrity Big Brother. Nash, who ascended to fame on Vine, is a member of David Dobrik’s ‘Vlog Squad‘, and is set to hit the road with Dobrik on a separate tour this summer in honor of their popular podcast, Views.