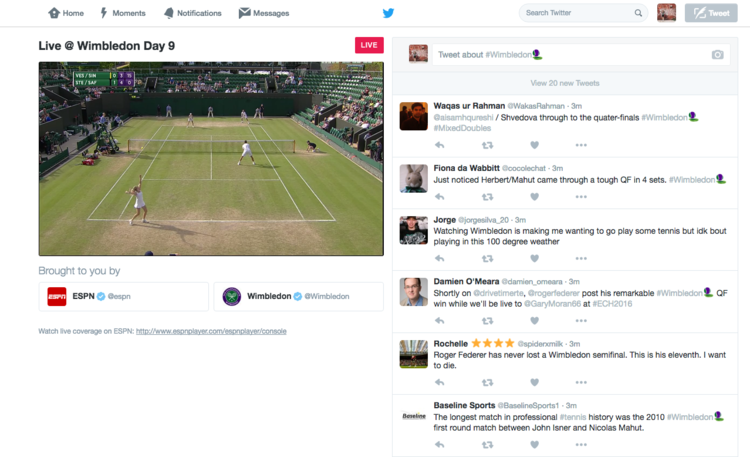 Twitter is reshuffling its executive structure. The social media platform, which previously had a division dedicated to its live video productions, will now spread its content partnerships operation across five regional divisions.

The live video portion of Twitter’s business had previously been headed up by Todd Swidler, who joined the company last year from Bloomberg. According to Variety, which first reported the news of the shakeup, Swidler will leave Twitter as part of the reorganization. The remaining members of the live video team will join the content partnerships team, and Twitter is looking to hire a head of global live program management to oversee its live video development.

“Over the past year, our global content partnerships team has made significant progress in bringing the best selection of content to Twitter, helping our partners better extend, scale, market, and monetize,” said Twitter in a statement. “To further accelerate this positive momentum, we’re taking steps to streamline this organization to enable increased efficiency around the world and better align with our global strategy and vision.”

Twitter’s live video operations have included deals with the likes of ESPN (pictured above) and BuzzFeed, the latter of which teamed with the social site for a news program called AM To DM. In Twitter’s most recent earnings report, it noted that video ads now account for more than half of its total revenue.

But according to Variety‘s sources, not everyone at Twitter was in love with the company’s current live video strategy, which has led to certain operational changes. That said, Twitter is still an active player in the digital video world, as it showed during its presentation at the most recent edition of the NewFronts.