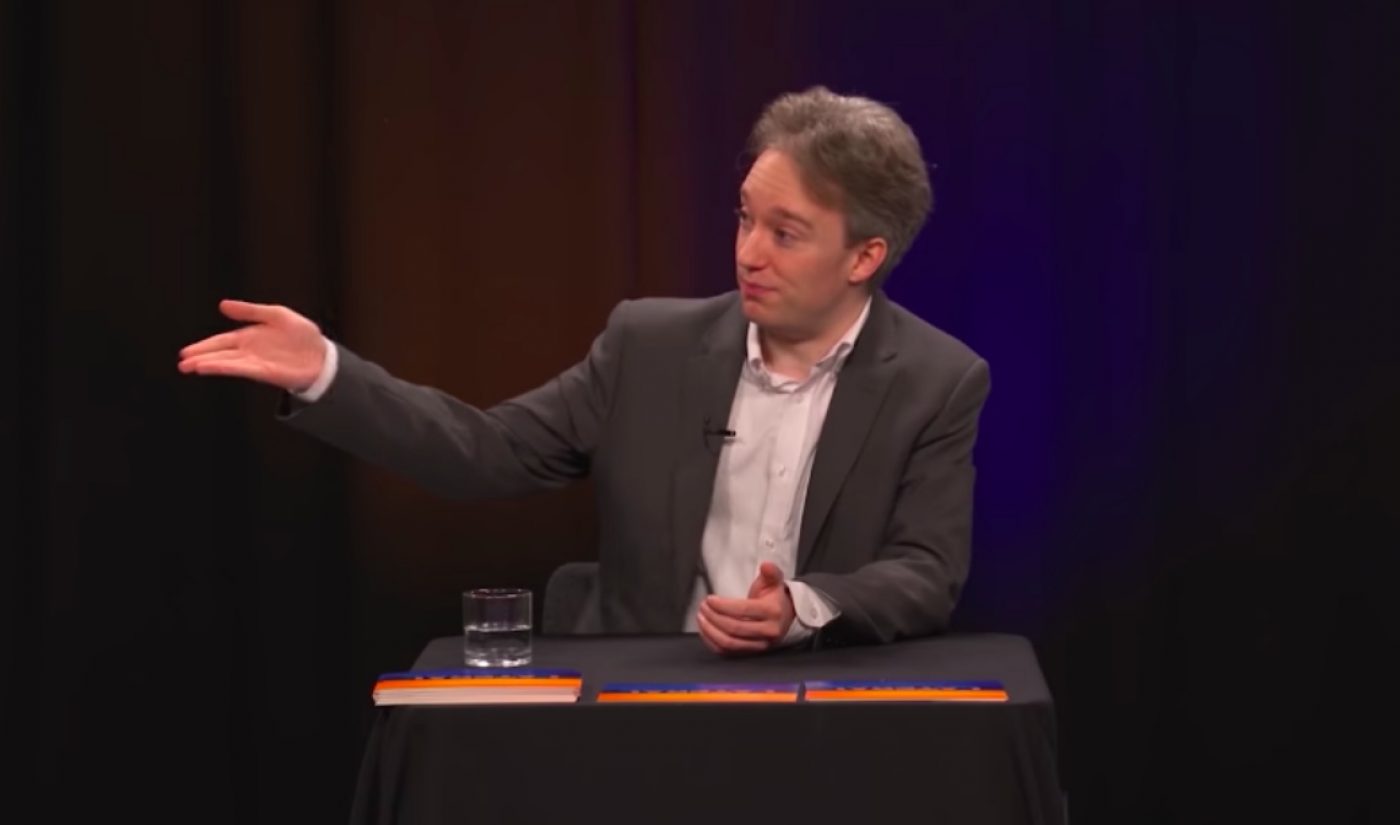 Over the past few years, Tom Scott has released some of the best technology videos on YouTube, often relating them to current events on the world’s top video site. Now, Scott is showing off another talent of his: he has launched Lateral, a game show that pits creative pairs against one another across a series of lateral thinking challenges.

In the first episode of Lateral, which Scott shared on his YouTube channel on May 24, sororal duo Helen Arney and Kat Arney square of against science YouTubers Simon Clark and Sally Le Page. The game progresses across multiple rounds, each of which challenges the players connect multiple concepts that may at first seem disparate.

This is not Scott’s first take on the quiz show format (which is very popular in his native UK). Back in 2013, he enlisted a quartet of creators for Game On, a series of challenges that tested players’ logical abilities.

Since then, Scott has established himself as one of the most astute voices in the YouTube community. We’ve picked up his work several times, sharing his explanations of URLs, algorithms, and 3D video.

But when he’s not busy speculating about what might be inside the “black box” of YouTube’s algorithm, Scott is proving to be a capable game show host as well. Five more episodes of Lateral are coming soon.