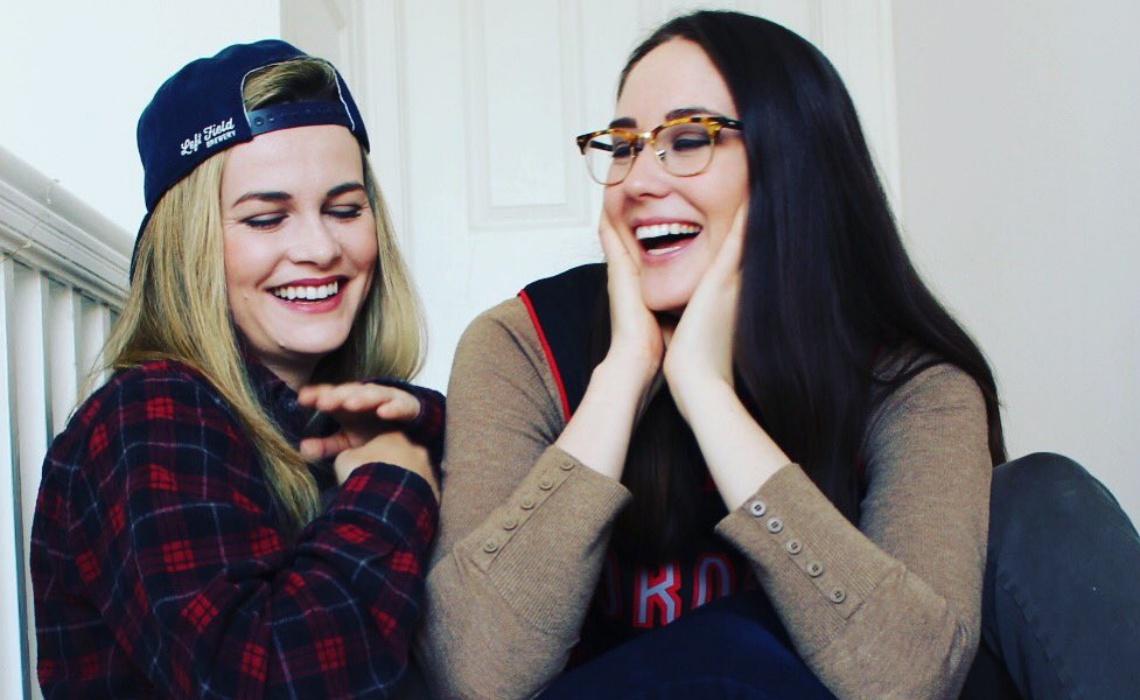 As far as web series premises go, it doesn’t get much simpler than “two friends sit on their front steps and talk about whatever happens to be on their minds.” And yet, as Step Sisters proves, a great web series can have simple origins. Sharon Belle and Maddy Foley‘s chatty show is winning rave reviews from its viewers thanks to the skill and attention to detail of its co-stars.

The titular Step Sisters are not actual step sisters, or even regular sisters. They’re just “sisters,” in the platonic sense, who like to hang out on the steps in front of their house. Their topics of conversation range from pink eye to dentistry to (of course) Tinder. Oh, and they’re Canadian; viewers may recognize Belle from her prominent role in the popular Canadian web series Carmilla.

In the comment sections of Step Sisters, some astute viewers have pointed out a few of the small details that make the show click. Belle and Foley utilize an overlapping style of dialogue that makes their show feel more real while also paying close attention to sound editing — an aspect of web series production that can sometimes fall short. Most importantly, they both have great timing, and their show is filled with a plethora of excellent gags. 14 episodes are available on YouTube.