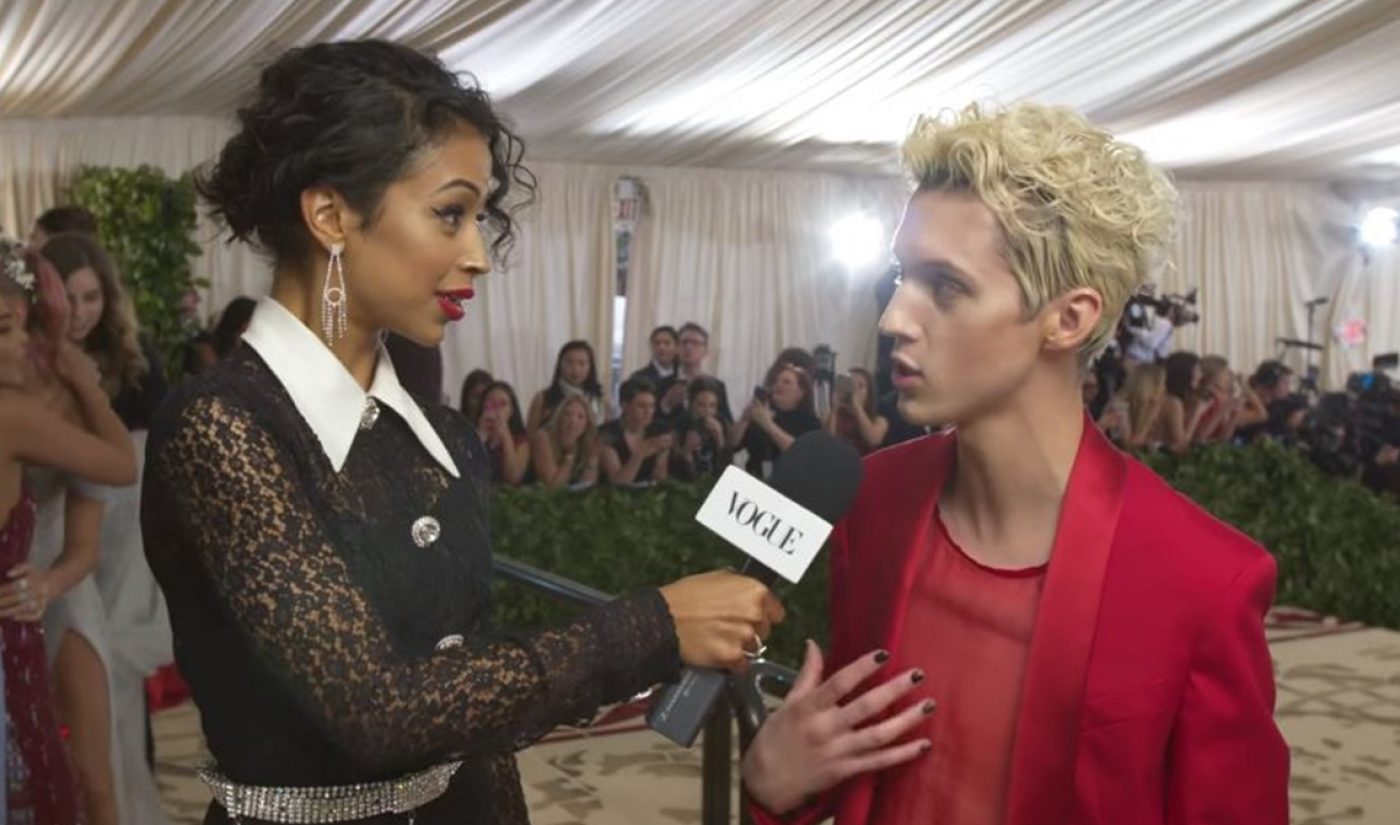 It seems like it’s only a matter of time before digital phenom Liza Koshy graces the cover of Vogue.

After becoming the first digital star to appear in the famed fashion bible’s 73 Questions series on YouTube, Koshy was tapped to host the red carpet pre-show for the Met Gala — an uber-exclusive fundraising event for the Metropolitan Museum Of Art chaired by former Vogue editor-in-chief Anna Wintour during which top celebs and designers turn up in avant-garde fashions. The event, which is annually held on the first Monday in May, was themed ‘Heavenly Bodies’ this year, and attendees wore get-ups inspired by Catholicism.

Koshy was bedecked in Alessandra Rich and stationed on the red carpet, shooting the breeze with the likes of Cardi B, Madonna, Ariana Grande, Donald Glover, and fellow YouTube star Troye Sivan. Her interviews were distributed on Vogue’s YouTube channel, where they collectively gained upwards of 7.5 million views. Check out her chat with Kylie Jenner and Travis Scott (610,000 views) below.

While Koshy is perhaps best known for her comedic chops and affinity for the dollar store, this isn’t her first time on a glamorous red carpet. Last year, she co-hosted the Golden Globes red carpet pre-show for Twitter, which went on to nab 3 million viewers over the course of two hours.