Machinima Previews Conclusion Of Its Animated ‘Transformers’ Trilogy, Coming May 1 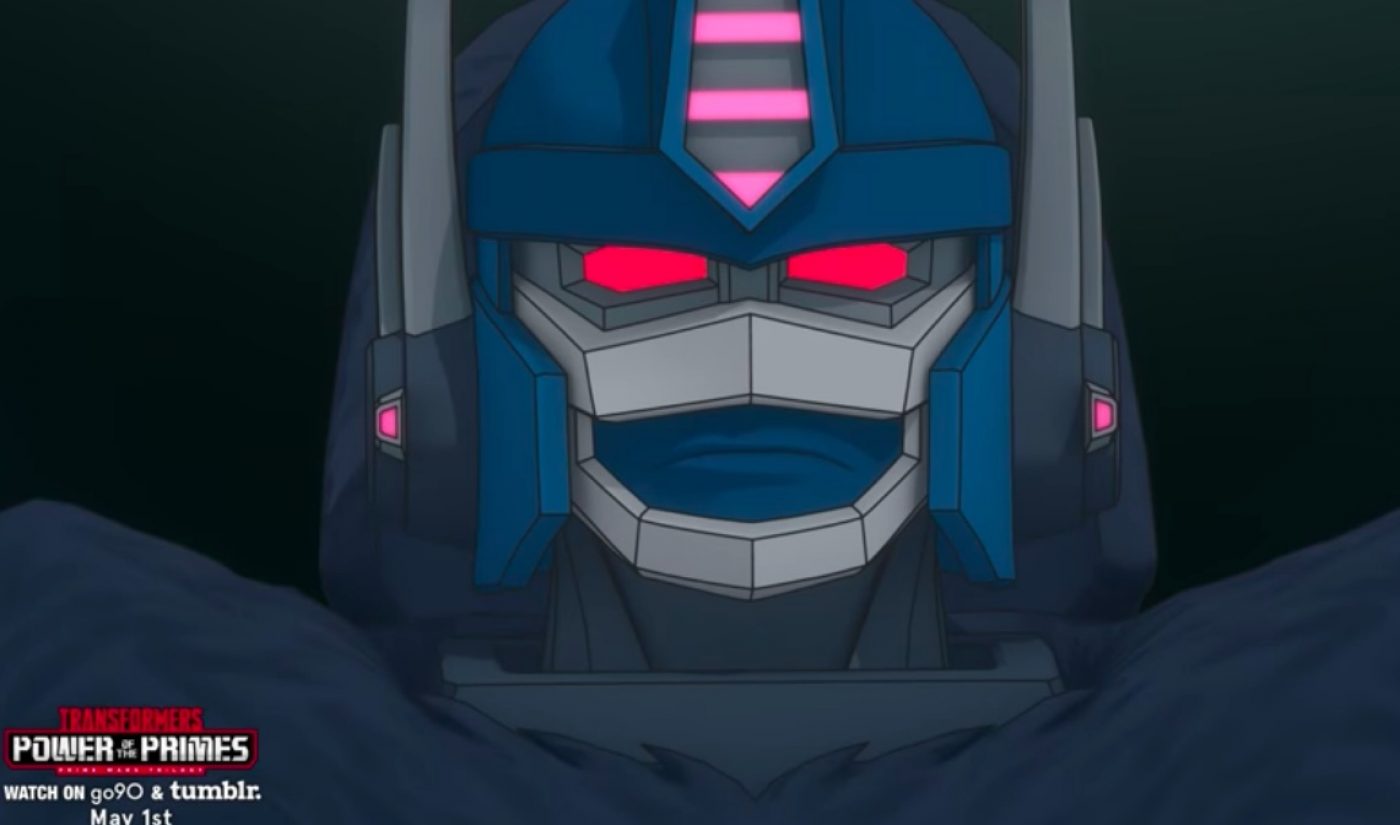 A project three years in the making is set to come to an end. On May 1, Go90 will premiere Transformers: Power of the Primes, an animated series that will conclude the Prime Wars Trilogy co-produced by Machinima and Hasbro.

Power of the Primes, which features the characters of the Transformers franchise, takes place after the defeat of the heroic Optimus Prime at the hands of a foe named Megatronus. As with the previous two installments of the Prime Wars Trilogy, Power of the Primes will feature a voice cast that combines Hollywood notables (such as Mark Hamill and Ron Perlman) with YouTube stars (such as Matthew Patrick and DashieGames).

A trailer for the upcoming series is available through Machinima’s YouTube channel.

Machinima first announced the Prime Wars Trilogy back at Comic-Con 2015, when it revealed its plan to make a show based off the Combiner Wars brand of Transformers toys. The first third of the trilogy, Combiner Wars, arrived in 2016 and proved successfully. According to Machinima that program has reeled in more than 125 million views across the globe. Its sequel, Titans Return, hit Go90 a year later, bringing more animated action to the Verizon-owned video platform. Now, Power of the Primes is set to conclude the saga.

In addition to Go90, Power of the Primes will also be available on several other Verizon platforms, including Oath and Tumblr. Verizon is distributing the show worldwide, except in China, where Transformers fans can catch the latest episodes via the local video platform Sohu.