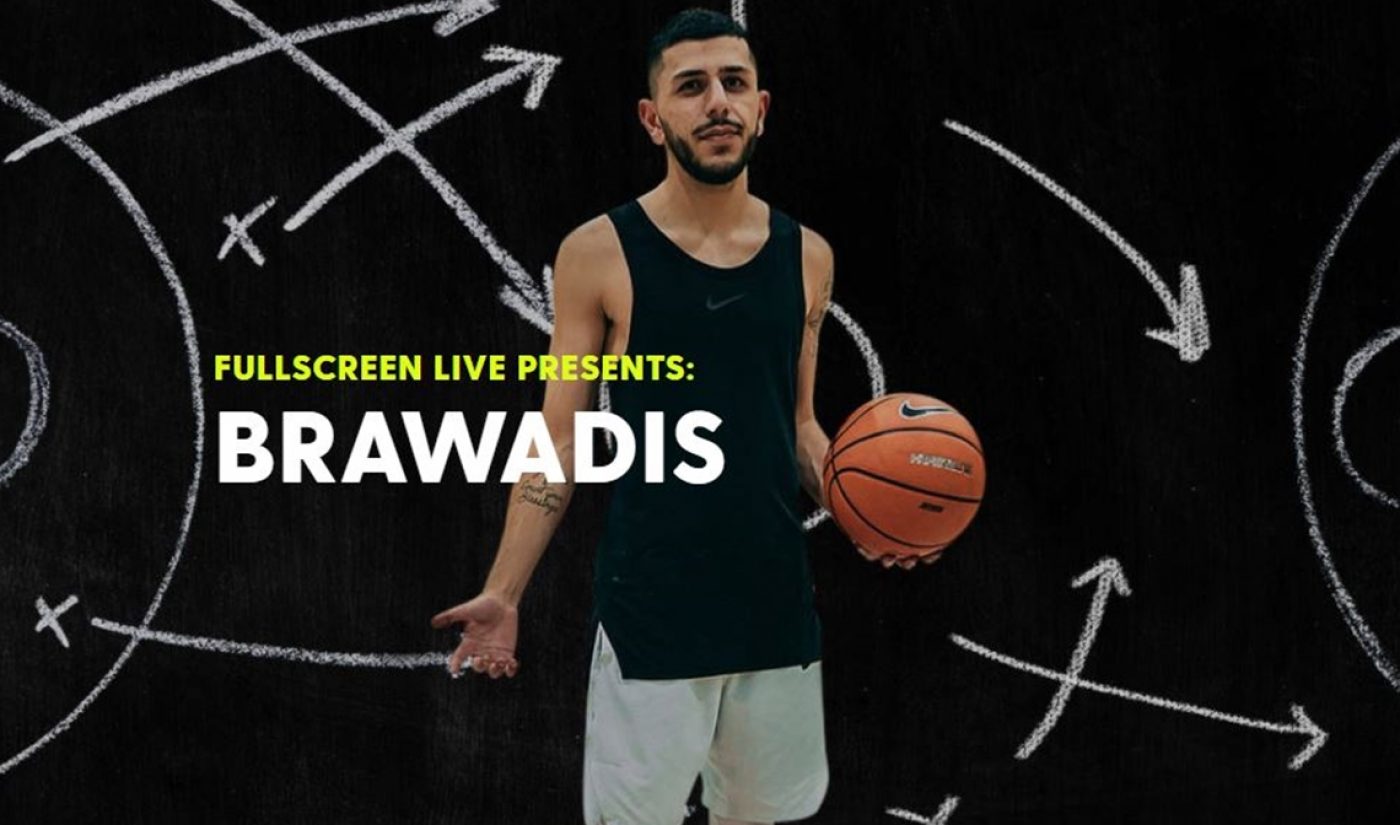 Popular vlogger and basketball superfan Brandon ‘Brawadis’ Awadis has partnered with Fullscreen Live to headline a five-city tour with an interactive twist — including pickup games and special athlete guests.

Awadis, who counts 2.8 million subscribers on his flagship vlog and prank channel, as well as 180,000 subscribers on a second channel dedicated solely to the NBA, is the latest in a long line of Fullscreen creators to meet fans on the road. Other recent shows have been headlined by the likes of MacDoesIt and Issa Twaimz.

The Brawadis Tour, set to take place on basketball courts across the West Coast, will also feature classic games like ‘Horse’, as well as appearances by other members of the Awadis family — each of whom is also a massive YouTube star. Awadis’ little brother, Brian, is a gamer-turned-daily vlogger who counts a whopping 8.3 million subscribers on his Faze Rug channel, and their parents, known as Mama And Papa Rug, count upwards of 800,000 subscribers on their channel, which features pranks and vlogs.

General admission tickets are priced at $39.99, while VIP admission — which includes a meet-and-greet, picture, autograph, and early entrance — is $99.99. The show kicks off in Phoenix on May 19 — in honor of Awadis’ favorite team, the Phoenix Suns — and will conclude in San Jose on June 2. Additional dates will be announced.

Tickets are available here, and you can check out Awadis’ announcement video, beginning at the 3:40 minute mark, below: